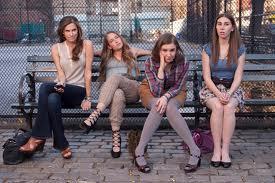 In the present (increasingly precarious) workforce more young people with expensive humanities degrees are being forced to utter a phrase that couldn’t be further from the high language of the academy: “May I take your order?” In an awesome new piece in The Nation, Nona Willis Aronowitz draws an important distinction between workers who are forced to take low-paying jobs despite their education and those who are making ends meet the only way they know how.

Post-recession, we often blur the distinction between the downwardly mobile and the permanent underclass—especially when wringing our hands over what will become of millennials, many of whom entered the job market just as it was weakest. Here’s an easy way to tell them apart: both are struggling, but the former has a safety net. One has the luxury of moving back home or tapping their college networks for a break; the other faces diminished earning power, a dramatically more precarious job market, and sometimes homelessness—often without any help from parents.

Watching the season premieres of HBO’s Girls and Showtime’s Shameless this past Sunday put the contrast in stark relief. The two main characters, Girls’ Hannah and Shameless’ Fiona, are both penniless twentysomething women finding their way through big cities, but they live in completely different worlds. Hannah’s infamous humiliation is that she relied on her professor parents for rent money for years; Fiona’s deadbeat folks have left her to raise her five siblings alone. Hannah struggles to find a job worthy of her college degree; Fiona juggles several gigs at a time, leaving no time to even finish high school. In other words: Hannah is broke. Fiona is poor.

Aronowitz goes on to imply that the fragile economy is not making the same distinction between “broke” and “poor” young people. Both groups are increasingly finding themselves laboring alongside each other in the burgeoning retail and service industries. But the agency and existential crisis that broke, educated young people experience in the service industry may make them more willing to speak out for improved wages and working conditions.

If a young worker views a restaurant job as a disappointing setback on the way to an illustrious professional career, she may be more likely to buck management. Conversely, young people who can’t lean on their parents are much more fearful of speaking out. This may all sound obvious, but it rings true in an economy where more and more young people are congregating on the lower rungs.

(Matthew McDermott is a Unionosity editorial assistant and outreach coordinator. His post first appeared there and is republished with permission.)

Boxing With the One Percent