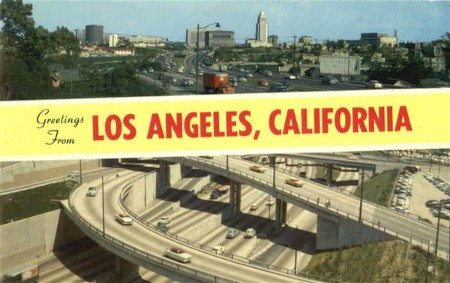 I’m from the Midwest. More specifically, I’m from the mitten state (and I don’t mean Wisconsin!). I grew up in a pretty stereotypical hard-working, blue-collar community. Many of my family members and friends’ parents worked for the Big Three. We had a pretty good life. Everyone went on vacations, we all had multiple cars per family, we had someone to mow the lawns in the summer and shovel the driveways in the winter. Life was good for Michiganders who were working for General Motors or one of their many suppliers. What could go wrong, right?

Then it all unraveled. I’ve watched Michigan, and especially the town I grew up in, go from middle class to low income in less than 10 years. I’ve seen the ranks of the homeless population grow to include large numbers of women and children. I’ve cried for my own family member who was laid off and had one month of savings with five mouths to feed.

Quite frankly, visiting home can be depressing. Houses on every corner are for sale – likely due to foreclosure – leaving families homeless or, if they’re lucky, living with other family members. Streets are lined with boarded-up shops and restaurants, and places I once thought were so amazing are now in disrepair.

When I tell people from home I live in Los Angeles, I see their eyes sparkle, as if they instantly assume I’m rubbing elbows with celebrities and enjoying cocktails on the beach every day. That’s a slight exaggeration, but what is true is that I have easy access to the same attractions that lure millions of visitors to L.A. every year.

Unlike small-town Michigan, L.A. has an industry that can’t be off-shored and that can lead us out of this horrible economic recession. You can’t ship the City of Angels and its world-class hotels and beautiful weather overseas.

Yet even though tourism is  currently L.A.’s number-one employer, there is tremendous room for growth. Industry observers note that L.A. is undermarketed, and that an aggressive, sustained promotion campaign could yield big results.

City and industry leaders are in a prime position not only to grow the tourism sector, but to put Angelenos back to work in good, middle-class jobs. A booming tourism industry has the potential to benefit everyone, from the city, the industry and hotel workers to the communities and small businesses which gain from increased tourism revenue and consumer spending.

This will only happen, however, if we invest in the workers as well as the industry. From the bellhop to the housekeeper to the waiter serving a five-star meal, these workers are the face of Los Angeles tourism and deserve to benefit from its increasing success.

Like the auto industry once did, L.A.’s tourism industry can be the foundation of growing prosperity for an entire region.