San Jose Mayor Sam Liccardo has confirmed to Capital & Main that his city is nearing a settlement with its nine non-safety unions over a contentious  pension-cutting law that resulted in an exodus of public employees, followed by costly legal actions. Measure B, passed in 2012, sought to reduce pensions for new hires, eliminate extra “bonus” checks to retirees and make it harder to qualify for disability retirement. It also called for veteran workers to either pay much more for their pensions or switch to a pension with reduced benefits.

The two sides appear to be moving closer to a settlement similar to one reached four months ago with police and fire unions.

How close? “Soon,” Liccardo  said by telephone. “We don’t [quite] have all the signatures yet.”

Measure B is blamed for a brain drain of San Jose’s top city engineers and technical talent.

The story of Measure B and the damage it left in its wake is of more than academic interest, since the ordinance’s chief architect is currently seeking to place a pair of similar measures on next year’s state ballot.

Once finalized by union and city negotiators and approved by the city council, the settlement will officially bring to a close a bitter three-year, $4 million legal battle against the initiative that was drafted by former Mayor Chuck Reed and passed by city voters with nearly 70 percent of the vote. Key provisions of the measure were subsequently invalidated by a Santa Clara County Superior Court as a violation of city employees’ vested rights.

The ordinance has been blamed for generating bad feelings that contributed to a mass exit of city workers over the past three years, particularly in public safety, and for what has been called a “brain drain” of top city engineers and technical talent that fled to more competitive positions outside of San Jose.

“I am grateful for the union leaders who have stepped up at considerable risk to negotiate through a very difficult set of agreements and get to an agreement,” Liccardo said. “A lot of folks deserve a lot of credit on the side of the bargaining units and our employees.”

Leaders of the nine non-safety federated unions, in turn, have been effusive in their praise of what they characterize as a new and different approach on the part of the new mayor, new city manager Norberto Dueñas and the city council in terms of how to approach the unions.

San Jose saw 265 police officers resign and 167 retire after the Measure B vote.

It’s an attitude that might have made all the difference back in 2012, says Mike Seville, research director of the International Federation of Professional and Technical Engineers (IFPTE) Local 21, which represents the city’s civil engineers, architects, planners and building inspectors.

“All of this could have been avoided had the Reed administration not been so draconian,” Seville told Capital & Main. “We did recognize that there was a legitimate issue that needed to be addressed [on pensions], and that’s why we engaged with the city [before Measure B’s passage] and tried to negotiate a fair deal. And they just weren’t interested in that. They wanted the slash-and-burn kind of strategy that Reed used in a lot of different ways when he was mayor, and he did it on pensions.”

Seville is not alone in this belief.

“If this course correction had happened back in 2012,” wrote city councilman Donald Rocha in a San Jose Mercury News op-ed piece, “the unions may well have been willing partners, allowing us to avoid turmoil and service impacts over the past three years.”

Rocha also sharply criticized Reed for using city workers as a “punching bag” over San Jose’s fiscal woes and for ignoring the warnings to the council by Ben Field, executive director of the South Bay Labor Council, that with Measure B, “San Jose appears destined to become the training ground for workers who will leave for better jobs in the better-governed cities that surround us.”

Field’s prediction proved all-too accurate. The San Jose police force alone saw 265 officers resign and 167 retire since the Measure B vote, leaving the agency with 943 officers out of a budgeted 1,109 positions — down a full 21 percent since its 1,395-officer peak of 2008.

“The employees were scapegoated,”  former city engineer John Mukhar told Capital & Main. Mukhar, a nearly 24-year veteran who worked on environmental compliance, regulations and enforcement for the Department of Environmental Services, resigned last August to take a lower-level but higher-paying position with nearby Palo Alto. At the time, he was earning less than what he had been making in 2003.

“Morale was really low,” Mukhar recalled about the atmosphere after Measure B passed. “And combined with the salary cuts that all of the employees took, we saw a major exodus of experienced talent — senior engineers, associate engineers, with a lot of years of experience were leaving. People that we never thought would leave.”

Even before Measure B, severe revenue shortfalls caused by the Great Recession resulted in layoffs of around 1,600 city employees and pay cuts of 10 to 12 percent. The city’s finances were also strained by more than $5 billion in debt from a two-decade building spree dating from the mid 1980s. 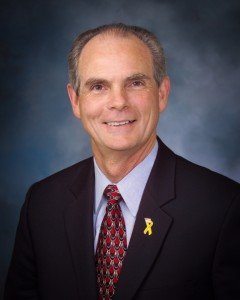 Muhkar, who tracked the employee departures on a whiteboard in his office, estimates that departments like Environmental Services, Public Works and Wastewater Treatment were suffering 20 percent vacancies at the time of his departure and that over 50 percent of the city’s current engineers and architects had been hired since 2012.

The turnover did not come cheaply. In 2014-15 alone, the cost of hiring outside consultants to make up vacancies at the massive San Jose-Santa Clara Regional Wastewater Facility cost the city nearly $1 million.

For his part, Liccardo is unapologetic about Measure B, which he supported and whose aims he says he still fundamentally believes in.

“I think Chuck was in a very difficult situation in which we were laying off hundreds of employees because we simply ran out of money,” Liccardo said of his predecessor, “and we had no ability to keep employees on board. Do I wish that the negotiations had gone better? Yes. Could we have changed messaging a bit? Could there have been softer language? I’m sure that there were mistakes made in that way. But at the same time, fundamentally, I think that Mayor Reed did what had to be done in a crisis.”

San Jose’s labor unions remain less sanguine about Measure B and its necessity.

“We are focused on moving this city forward after devastating cuts and a ‘blame the workers’ approach that the administration took in 2012,” Seville said. “It is unfortunate that there are still people who refuse to acknowledge the mistakes [made] during the prior administration’s tenure.”

In the meantime, former mayor Chuck Reed has committed himself to expanding his San Jose experiment to cover all of California. He and onetime San Diego City Councilman Carl DeMaio plan to place on the November, 2016 ballot two measures that would curtail the retirement benefits of state and municipal employees.