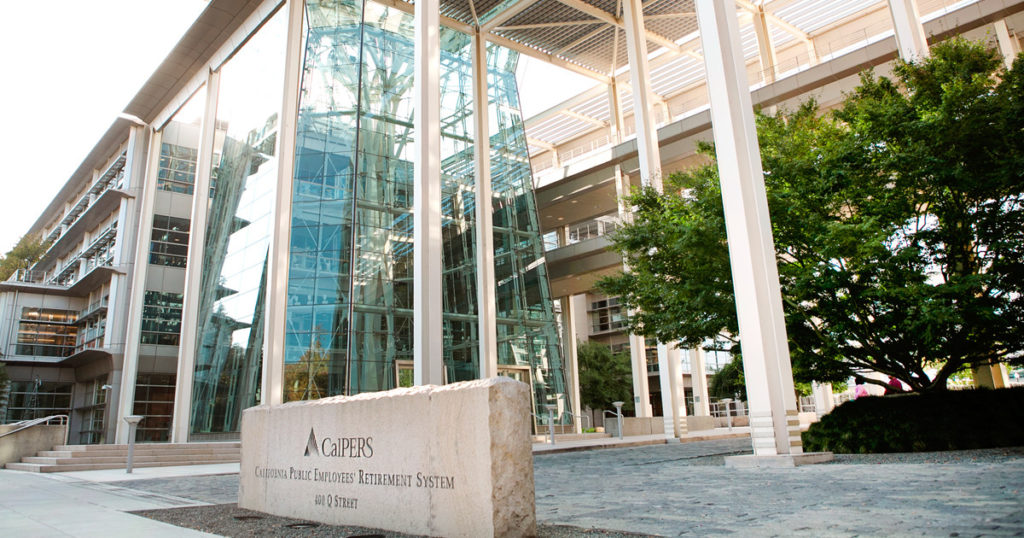 When the Finance and Administration Committee of CalPERS, the giant public-sector pension fund, met Wednesday morning in Sacramento, its agenda included a vote on a seemingly innocuous proposal made by California State Treasurer John Chiang to expand its Responsible Contractor Program (RCP).

That program, which is currently limited to contracts on real estate and infrastructure investments in which CalPERS holds a 50 percent ownership stake, simply “encourages fair wages and benefits, based on local market factors, for workers employed by its contractors and subcontractors” through a policy of management neutrality, or noninterference, when it comes to labor organizing by the contractor’s workers.

For a fund composed of nearly $325 billion in retirement earnings from California’s unionized public-sector workforce, RCP was first expanded to CalPERS real estate contracts in 2015 as a common-sense precaution against finding itself in business with an operator of a CalPERS-controlled property that was engaged in union-busting activities.

“We think it makes perfect sense that those funds would not be used to support any companies or hospitals or anyone else that’s engaged in activity that is directly in conflict to the interests of the working people who have invested in CalPERS,” California Federation of Labor communications director Steve Smith told Capital & Main. (Disclosure: The federation is a financial contributor to Capital & Main.)

RCP is also part of the pension fund’s broader foray into leveraging the big stick of its assets in a practice called ESG investing, a form of socially responsible investing that considers the sustainability and ethical impact of an investment on a company or business’ environmental, social and governance practices. CalPERS chief investment officer Ted Eliopoulos has called the Responsible Contractor Program “the S” of the fund’s ESG plan.

Chiang, whose treasurer’s job also gives him a seat on the CalPERS board, had recently led CalPERS to oppose reversing its 16-year-old ban on direct tobacco investments and to instead extend the restrictions to all externally managed funds. And last month, the pension fund pushed through a climate risk reporting resolution at the annual shareowner meeting of Occidental Petroleum that will require the oil and gas company to report on environmental risks and opportunities associated with climate change — “a first in the United States,” noted CalPERS investment director for sustainability Anne Simpson.

Today’s RCP expansion proposal originated in a letter last November, in which Chiang requested CalPERS to revisit the program in light of allegations that one of CalPERS’ health care providers was unlawfully interfering in efforts by its workforce to organize. “If the goal of the RCP is to promote lawful behavior and decency among our real estate partners,” Chiang reasoned, “shouldn’t these same goals apply across CalPERS’ many lines of business and investments?”

“Rather than sit idle in breach of its fiduciary duty,” Chiang explained in an email to Capital & Main, “I am asking CalPERS to lead by emphatically encouraging its business partners to not interfere as their employees self-determine whether union representation is necessary to combat wage theft, unsafe work conditions, or pay that keeps its workforce dependent on public assistance.”

That rationale didn’t hold water for the op-ed board of the Sacramento Bee, which this week lambasted the policy by suggesting that CalPERS’ inclusion of labor neutrality language in its contracts would “tip the balance in favor of labor by insisting that its contractors engage in collective bargaining.”

But that assessment was at odds with the proposal language that actually emerged on today’s agenda, which CalPERS describes as an “aspirational provision” to its contracts that would encourage, but not require, management neutrality in labor organizing:

“CalPERS recognizes the value of labor organizing and encourages the entities with which it contracts to demonstrate that they also value this principle by encouraging management neutrality in labor organizing activities.

To remain ”neutral” means not to take any action or make any statement that will directly or indirectly state or imply any support for or opposition to the selection by the Contractor’s employees of a collective bargaining agent, or preference or opposition to any particular union as a bargaining agent. Nothing in this section obligates or prohibits the Contractor from entering into private neutrality, labor peace or other lawful agreements with a labor organization seeking to represent or who currently represents the Contractor’s employees.”

Anything beyond that, CalPERS staff had cautioned at February’s Finance and Administration Committee meeting, would require the legislature to make statutory changes to California’s Public Contract Code.

While today’s language may be a more watered down version than the contractually binding terms that California’s public-sector labor unions had hoped to see, Smith applauded Chiang’s initiative.

“We think that this is a good statement by Treasurer Chiang’s office to say they have seen complaints, there actually is a problem here,” Smith said. “It’s important that these agencies actually make a statement proactively about this type of thing as opposed to just sweeping it under the rug and hoping that companies treat their workforces right.”

Related Topics:California Labor FederationCalPERS
Up Next