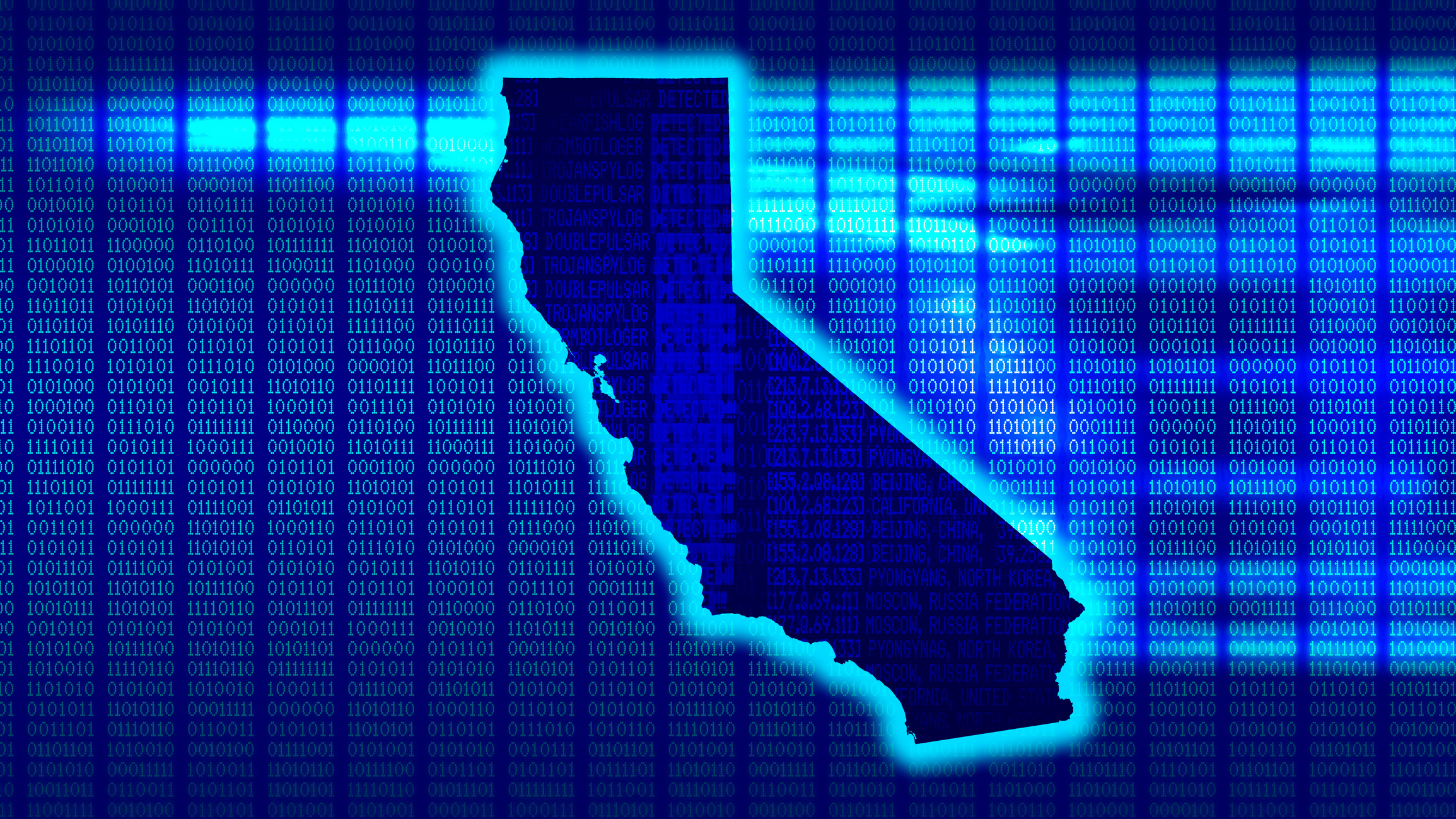 California has $6 billion in federal COVID relief funds with which to close the digital divide, but advocates argue that telecom industry proposals could sabotage the state’s high stakes experiment in online democracy. In Sacramento, the companies are jockeying to be first in line for multimillion dollar state grants to connect the unconnected, advocates say, and pressuring lawmakers to weaken provisions that would make broadband more affordable to low income Californians.

One in five Californians — mostly lower income people of color and rural residents — lack broadband connections at home, which means they have far fewer opportunities for work and education, even for public benefits and other services. The pandemic laid bare these inequities, and last summer California’s lawmakers voted unanimously to approve spending $6 billion in federal COVID-relief funds no later than December 31, 2026, for infrastructure projects that will provide broadband access to no less than 98% of California households.

The state plans to build its own open-source fiber optic network to connect local communities to the global internet, and it’s offering $2 billion in grants to companies and local governments to bring unconnected residents and businesses online.

The big cable and telecom firms that have long fought to keep local governments and other competitors out of the broadband market didn’t publicly oppose the plan. But now, just as California has the tools to close the digital divide, open the market to competition and potentially drive down prices, the industry is advancing proposals that could water down the state’s reforms, said Paul Goodman, an attorney at the Center for Accessible Technology, a Berkeley disability rights group.

“It’s one of the many things that keeps me up at night,” Goodman said. “If California sets strong rules, other states will follow. California sets the tone for the rest of the country.” The state could begin accepting applications for the $2 billion in federal funds as early as July 2022, a CPUC spokesperson said.

AT&T, Charter Communications and Comcast are California’s largest internet service providers — and are among the largest such companies in the country. They spend millions on campaign contributions at the state and federal level and, armed with battalions of lobbyists, the companies wield substantial influence in Sacramento.

Since 2019, AT&T, Charter, Comcast and Cox Communications, along with their trade groups, have collectively contributed more than $8 million to candidates, the state Democratic and Republican parties and political action committees in California.

Arguably, the most heavily debated broadband bill in the legislature is AB 2749, which is largely backed by industry. It speeds the approval process to the benefit of big telecom and cable companies, its opponents contend. It gives internet regulators at the California Public Utilities Commission (CPUC) six months to approve or deny grant applications — and if the agency takes too long and misses the deadline, the applications are deemed granted.

“It’s an AT&T bill,” said Ernesto Falcon of the Electronic Frontier Foundation. “They want to get the money themselves. The less time you give local governments [to apply], the better for them.”

Assemblymember Sharon Quirk-Silva, an Orange County Democrat, says the bill is hers alone. She says it’s a commonsense way to ensure the money stays in California to benefit Californians. If the money isn’t spent by 2026, it must be returned to the federal government, she notes.

“You have incumbent service providers that understand how to draw down the funding. But they might not have the best solution for an unserved area.”

Still, a Capitol insider who asked not to be named said the bill, which is the focus of industry lobbying efforts, is indeed AT&T’s.

AT&T didn’t answer emailed questions about whether the company had suggested language for the bill. But a USTelecom spokesperson wrote to Capital & Main on the company’s behalf, saying, “We support AB 2749 because it includes a reasonable shot-clock to process applications and provides that applications will be deemed approved if not acted upon in a timely manner.”

The 180-day deadline would give larger, more experienced internet service providers a chance to scoop up funding before local governments and small start-ups even have a chance to apply, said Tracy Rhine, a lobbyist for the Rural County Representatives of California (RCRC).

“You have incumbent service providers that understand how to draw down the funding,” Rhine said. “But they might not have the best solution for an unserved area.”

Pushing Back on Price Caps

Earlier this year, lawmakers helped the telecom industry win a key battle over whether the state can demand price caps and lower cost internet plans in exchange for millions of dollars in grant funding.

At an April 6 oversight hearing, at which all but one of the speakers were industry reps or members of local business associations, Assemblywoman Tasha Boerner Horvath (D-Encinitas) argued that a 10 year price freeze and the requirement that grantees offer a low cost, $40 per month plan proposed by the California Public Utilities Commission would be counterproductive in that it would discourage companies from applying for the grants.

CPUC spokesman Robert Osborn countered the argument by emphasizing the incentives built into the program. “We’re essentially providing free networks to carriers,” Osborn said. Last year, CPUC funding for similar projects ranged from $400,000 to $18.7 million. Osborn noted that one current state grantee, Race Communications, in the Central Valley town of Boron, charges $60 per month for internet speeds that are 20 times faster than those the CPUC proposed for a $40-per-month plan.

The 13 members of the Assembly Committee on Communications and Conveyance have collectively received $186,405 in industry donations during the 2022 election cycle.

Charter is the state’s largest cable provider and the fifth largest telecom company in the United States, with revenue last year of $52 billion. It is the largest company that participates in the state’s current internet infrastructure grant program, the California Advanced Services Fund. But Charter Vice President Keri Askew Bailey told lawmakers, “It is unlikely our company will be able to continue to participate.” She warned the low cost plan and rate freeze requirements would make the $2 billion grant program a nonstarter for her company.

In contrast to the committee’s sharp questioning of the CPUC’s Osborn, the lawmakers tossed only a few softballs at Askew Bailey.

“Would you say price caps and other elements are discouraging your participation?” queried Suzette Martinez Valladares (R-Santa Clarita).

As the hearing wrapped, Assemblymember Bonta commented, “This is digital equity in the works.”

Swarming the Capitol With Campaign Cash and Lobbying Expenditures

It may have also been a demonstration of how completely the cable and telecom giants have blanketed the state Capitol with their message.

Four months before the November elections, the 13 members of the broadband policy committee, known as Assembly Communications and Conveyance, have collectively received $186,405 in industry donations during the 2022 election cycle. Boerner Horvath and Quirk-Silva have raised the most so far this year with $37,900 and $28,300, respectively.

The day after the hearing, the Public Utilities Commissioners heeded the lawmakers’ requests. They postponed the vote on rules for the $2 billion fund; later, they modified the rules to require only a five-year price cap for grantees. Instead of a mandatory $40 per month plan, grant applicants would be awarded extra points for offering such a service.

Industry trade groups have also lined up against a bill authored by Eduardo Garcia (D-Coachella), AB 2751, which would bar the state, except for the Department of Forestry and Fire Protection and the Office of Emergency Services, from doing business with internet service providers that don’t offer a $40 per month plan. The bill passed the Assembly but failed in a Senate committee. It may come back for reconsideration if a compromise can be reached. A Senate analysis suggests the bill apply only to contracts entered into after Jan 1, 2024, and those worth $1 million or more, and not apply if only one internet service provider is available in an area.

All of the organizations except Comcast list Garcia’s AB 2751 and Quirk-Silva’s AB 2749 on state disclosures as targets of their lobbying in the first quarter of this year.

L.A. County is currently studying the feasibility of building its own fiber optic network to connect some of its poorest communities where many residents remain offline.

AB 2749 will be debated on June 27 in a Senate policy committee where the Electronic Frontier Foundation’s Falcon and the Rural County Representatives of California’s Tracy Rhine will likely square off against industry.

Quirk-Silva says the bill’s central provision — a 180 day deadline for the CPUC to grant or deny applications — is crucial because internet service providers need to know they can expect timely decisions. The CPUC has historically taken as long as 18 months to make funding calls, according to an Assembly committee analysis.

But the RCRC, along with the California State Association of Counties, say the deadline provision goes against the intent of California’s ambitious new broadband plan: to allow local and tribal governments and public private partnerships to compete on a more even playing field with big telecom to provide internet service. Rhine argues that some of the large internet service providers “had plenty of time and chose not to deploy” because projects wouldn’t earn enough money. “So it’s time for a different solution.”

Local government owned projects that could tap the fund are currently planned for rural Alpine and Nevada counties in the Eastern Sierras and the agricultural Salinas Valley in Central California, Rhine said. Los Angeles County is currently studying the feasibility of building its own fiber optic network to connect some of its poorest communities where many residents remain offline.

The bill, however, could have the unintended consequence of further delaying grant approvals. If the legislation passes, the CPUC could have to formulate new rules to align with its provisions, according to an Assembly Appropriations Committee analysis. Such rulemaking is typically a painstakingly slow process.

Falcon said he hoped a compromise could be worked out on AB 2749. His optimism is fueled by a recent win: In mid-June Quirk-Silva removed amendments that sought to bar the state from requiring lower prices in return for government subsidies, which had sparked even more intense opposition.

The debate over broadband policy will likely continue, however, as the state crafts a federally mandated five year broadband plan due next year. Future flashpoints include ongoing investigations by the Federal Communications Commission in Washington and the California PUC in Sacramento into digital redlining and debates over how exactly federal grant funds will be spent.

Software Glitch: A Case Study in How Not to Provide Emergency Rent Relief