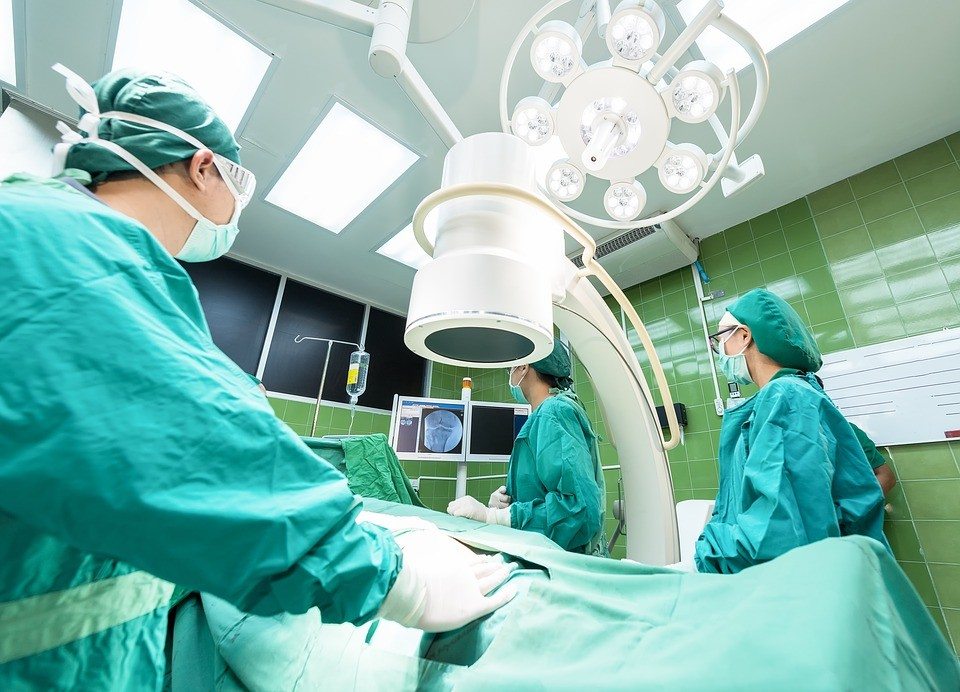 Before California sees universal health care coverage, thorny constitutional and tax issues must be resolved. Then there’s the Trump administration.

In September 2017, Lt. Gov. Gavin Newsom stood in front of a crowd of 1,500 nurses in San Francisco and pledged his support for bringing universal health care to California. The nurses, members of the California Nurses Association, were the principal supporters of Senate Bill 562, which sought to replace the state’s patchwork insurance system with a single-payer model in which the state would finance health care for all residents. (Disclosure: The union is a financial supporter of this website.) At the time, the bill was stalled in the Assembly—where it would eventually die—a fact that pleased neither the nurses nor Newsom. “It’s time to move 562 along. It’s time to get it out of committee,” Newsom told the crowd, which triggered a standing ovation.

Newsom capped off his remarks with a promise: “If we can’t get it done next year, you have my firm and absolute commitment as your next governor that I will lead the effort to get it done. We will have universal health care in the state of California.”

During an election year in which health care was a central issue—with GOP threats to the Affordable Care Act (ACA), anxiety about coverage for people with pre-existing conditions, and a renewed push on the left for Medicare for All—Newsom’s campaign was buoyed by his aggressive position on a single-payer system. Speaking about health care to the Los Angeles Times this year, Newsom said that as governor he was “going to push the envelope, lean in on this and see how far we can take it.”

Now comes the question: How far can–or will–Newsom take it?

Advocates and policy experts are optimistic, though they can differ as to the significance of the hurdles the state will face if it attempts to transition to a single-payer system. Among the most bullish is the CNA, whose members crisscrossed the state during the campaign in a red bus with “Nurses Trust Newsom” emblazoned on its sides. “We believe Newsom has the tools and courage to get this done,” said Stephanie Roberson, CNA’s director of government relations. She said that the union will introduce new legislation early next year, modeled largely after SB 562, and that she expects Newsom to be “an enthusiastic partner” in the project.

At times, Newsom has sought to tamp down expectations that his election would lead to a quick victory for single-payer health care.

While Roberson acknowledges that an undertaking as massive as the shift to single-payer will take time, she doesn’t see that as a reason to hold off on passing legislation. “We understand that with big policies we need transition periods built into the bill,” she said. “We are by no means approaching this project thinking that we are going to flip a switch and move to single-payer.”

There are certainly a number of thorny issues to resolve. For starters, says Scott Graves, the research director of the California Budget & Policy Center, a single-payer system will require a “high degree of collaboration” with the federal government. This collaboration could involve changes in U.S. law and waivers signed by the federal government that would allow the state to redirect federal health care funds. Under a Trump administration that has rightly viewed California as a base of resistance, such collaboration is highly unlikely.

There are also potential conflicts with California’s state constitution that would need to be addressed. And, although a single-payer system that would eliminate premiums could eventually result in significant savings to taxpayers, two studies last year estimated that implementation of SB 562 would require new taxes in the range of $100 billion to $200 billion.

The complications of transitioning to a single-payer system don’t mean that it is impossible—or that there isn’t plenty that can be done before California has a willing federal partner.

Passing a hefty tax increase is challenge enough, but there is an additional complication: In 1988, California voters passed Proposition 98, which requires that approximately 40 percent of the state’s general revenue go toward K-12 funding. If new taxes are raised to pay for universal health care, it’s likely that the state’s constitution would mandate that a significant amount of that new revenue flow to education. Fixing this conflict could require a statewide ballot to protect health care taxes from Prop. 98’s requirements.

At times, Newsom has sought to tamp down expectations that his election would lead to a quick victory for single-payer health care. In April, he told the editorial board of the San Francisco Chronicle that the undertaking would require years, and that it was “not an act that would occur by the signature of the next governor,” noting both the federal issues and potential conflicts with the state constitution.

There are still approximately three million uninsured Californians; 1.8 million of those are undocumented immigrants.

But the complications of transitioning to a single-payer system don’t mean that it is impossible—or that there isn’t plenty that can be done before California has a willing federal partner. (The ACA didn’t begin to go into effect until four years after its passage.) The state has already made notable gains in covering its residents: In the last four years, the uninsured rate has dropped from 17.2 percent to 7.2 percent, the largest decrease in the nation. Yet there are still approximately three million uninsured Californians; 1.8 million of those are undocumented immigrants. Newsom has expressed support for expanding Medi-Cal–the state’s version of Medicaid, which provides insurance to low-income residents–to cover undocumented adults. California already covers undocumented youth, and last year, bills were introduced to expand coverage to adults but stalled. Advocates hope that with a new governor championing the expansion, the result next year will be different.

Policy analysts also point to the need to increase affordability for individuals insured under Covered California, the health care exchange created after the passage of the ACA, which could be done by providing additional state subsidies. “There are people out there who don’t have job-based coverage and struggle to afford individual coverage,” says Laurel Lucia, director of the Health Care Program at the University of California, Berkeley’s Labor Center. Lucia notes that this is a particular problem in California, as the ACA doesn’t adjust subsidies based on the cost of living.

Earlier this year, the state set up a council to study how California could move towards what it calls a “unified financing system,” otherwise known as single-payer.

Taken together, these steps—the expansion of Medi-Cal to undocumented adults and increased subsidies from the state—could move California closer to providing universal health care, if not through a single-payer model. “With additional state action and investment, we could get down to one or two percent uninsured, approaching European levels of universality,” said Anthony Wright, the executive director of Health Access, a statewide health care consumer advocacy coalition.

But Wright doesn’t believe that these sorts of improvements should stand in the way of a movement towards a single-payer system. “If we take that vision and goal seriously, we have to take the barriers seriously, including the federal barriers that might be included in the next two years,” he said. “We don’t want the work of taking tangible steps in the next year or two to be in any way an alternative to the broader planning for single-payer. At the same time, that vision should not get in the way of the demand by voters for urgent help now.”

Earlier this year, the state set up a council to study how California could move towards what it calls a “unified financing system,” otherwise known as single-payer. That council will begin meeting in 2019 and is due to deliver its findings by October 2021. But there is hope that Newsom, who will appoint three of the five council members, could push for a speedier timeline.

Whether the California Nurses Association is able to push a new single-payer bill this year, Wright says that he expects Newsom to take “big tangible steps in his first two years” to improve health care access and affordability. “You don’t have the kind of election we just had and say, ‘We’re going to have a planning process and then will maybe do something in several years.’”

Will California’s New Governor Drop the Hammer on the Fossil-Fuel Industry?

Can Newsom Make a Dent in California’s Affordable Housing Crisis?