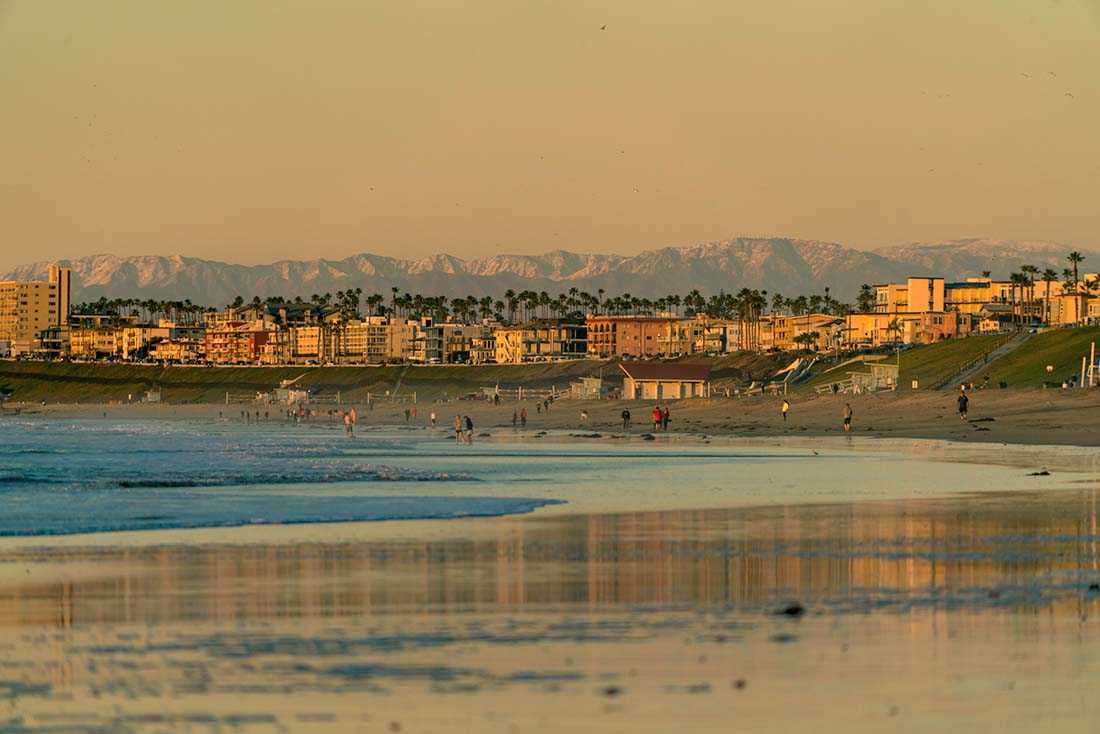 Torrance, California, population 141,364, is a mostly middle-income suburb and an industrial hub that sits on the south side of the Santa Monica Bay. Last February its seven-member city council appeared in squares on a Zoom screen for a weekly meeting, and things got surprisingly heated when the council addressed the routine matter of hiring a consultant to draft the city’s eight-year housing plan. They weren’t mad at each other; their anger focused on a state requirement to carve out space for nearly 5,000 new homes, more than half of them affordable, that Sacramento has said Torrance must build by 2029.

California’s Housing and Community Development Department (HCD) has determined that Southern California needs 1.5 million new homes by 2029 to keep up with population growth and close the chasm between housing supply and demand, especially when it comes to homes for California’s lower-income workers.

It was a goal some on the council weren’t sure they could, or even wanted to, meet. “Let’s say we vote no and give Sacramento the big middle finger,” suggested City Councilman Aurelio Mattucci. “What are the repercussions of that?”

“We run the risk of being sued by either the governor’s office or the state attorney general,” he explained, adding that the city could also lose some state funding.

California’s monumental housing mandate, and its program to achieve it, is the most ambitious effort of its kind mounted among dozens of states that are also scrambling to make housing more affordable and head off additional widespread homelessness. Kansas and North Dakota are the only states in the country where lawmakers haven’t considered affordable housing legislation in the past year.

A patchwork of laws approved since 2017 have strengthened California’s housing law, requiring cities to show they can accommodate denser lower-cost housing, even in exclusive enclaves and pricey neighborhoods. They must make development easier by eliminating high fees and long permitting delays. Each city must identify patterns of income and racial segregation and make plans to dismantle them. If those aims are realized, 10 years from now cities could look far different, with greater density and more racial and class integration than they do today. But that is an enormous “if.”

Major roadblocks abound. Housing development is costly, and there is relatively little public money to fund it. Everyone wants more housing, but not necessarily in their own backyards. NIMBYism is a potent political force all around the state, in cities whose elected officials make bold pro-housing statements, in those that unabashedly advocate slower growth, and in others like Torrance that argue the state should leave local planning and zoning decisions to local governments.

As of December 2020, just 33 of 539 California cities and counties are on track to meet their low income and very low income housing targets for the current planning period.

More than 77 in the latter category have adopted a resolution calling for Sacramento to stay out of local land use decisions that Mattucci’s colleague, Torrance City Councilmember Michael Griffiths, posts on his California Cities for Local Control website.

This growing opposition indicates how seriously cities are taking the sudden push to create more housing.

In the past, housing law was toothless, generating reams of plans on paper, but few new homes; cities performed especially poorly when it came to homes for low-income residents. California cities didn’t have to rezone or take action that would ruffle NIMBY feathers because, like teachers handing out social promotions, state officials rubber-stamped every eight-year housing plan and largely looked the other way when those plans chronically failed to materialize.

Cities like Los Angeles that have promised to directly confront the housing crisis have done no better than those actively resisting state mandates. Last July, the city had made just 34% of its very low income housing goal and 30% of its low-income housing target for the eight-year period ending this year.

The state lacks power to make sure brick-and-mortar homes result from the planning process; cities can’t be held directly accountable because they depend on private developers to build housing. However, the state auditor has recommended that housing officials investigate why housing isn’t going up in cities that need it most, and work with local authorities to fix the problem. Regulators do have beefed-up authority to make sure cities create the conditions for development. The state theorizes that if they do so, developers will build.

“There are many people who feel we just can’t accommodate more housing. We’re full.”

But not if they can’t make a profit. It is an open secret that in many parts of the state, developers will never build housing affordable to very low-income workers. “I do think it’s important to increase production, but it’s insufficient to provide the massive boost in affordability people are hoping for,” says Yonah Freemark, a researcher at the Washington D.C.–based Urban Institute.

“This is a trend we’re seeing all over the country,” Freemark says. “Communities are focused on market-based solutions to solve the affordability crisis.”

The lack of funding has liberal Democrats like California Governor Gavin Newsom leaving housing creation up to the free market. Meanwhile some Republican officials, like Griffiths in Torrance, who stresses his pro-local control efforts are strictly nonpartisan, argue that the state’s rules are an unfunded mandate and find them anathema.

“There are many people who feel we just can’t accommodate more housing. We’re full,” Griffiths told Capital & Main, adding that increasing population will damage his city’s quality of life.

In Culver City, a city of 39,000 surrounded by the city of L.A., left-leaning officials have embraced the state’s plan as a way they can welcome more residents to their town. They discovered, however, that their own hired consultant tried to dampen their enthusiasm for creating a model housing plan, one that would honestly report which sites were likely to be available for development in the coming eight years — likely because doing so could require the city to take the politically risky step of rezoning.

San Diego, the first major city to submit a housing plan, was also less than transparent with state officials. The plan listed a cemetery as available for housing — for the living — until the city was publicly shamed and had to remove the graveyard from its site inventory.

In January, when the city’s newly elected Mayor Todd Gloria gave his state of the city address, San Diego seemed eager to confront the housing crisis. Gloria said he would prioritize new housing construction in all neighborhoods and track the city’s progress on meeting state goals. “You should be able to have a roof over your head without worrying about putting food on your table,” Gloria declared in his speech.

“The verbiage is so strong and the actual actions are so tentative they’re almost laughable,” says Ricardo Flores, executive director of the San Diego office of the Local Initiatives Support Corporation, a nonprofit housing and business development group. “This is the Twilight Zone.”

The politically explosive prospect of densifying single-family neighborhoods may be why cities that stress a commitment to addressing their residents’ housing needs end up fudging the numbers.

A new version of the city’s plan removes the graveyard but still includes a newly built charter school, a busy YMCA, two health clinics, 10 grocery stores, an IKEA and other big box and pharmacy chains, all of them highly unlikely to be up for sale to housing developers.

In early June, Flores and three other housing advocates checked online maps for the properties that San Diego listed. They quickly found 28 that were bogus and flagged them in a letter to the California Department of Housing and Community Development, noting, “This is by no means an exhaustive list. We could have found more if we kept looking.”

“Our goal in sharing these locations is to provide an opportunity to HCD to work with the city of San Diego and community stakeholders to find meaningful locations with which to build affordable housing in low crime high wealth neighborhoods,” wrote the activists.

The politically explosive prospect of densifying single-family neighborhoods, as the San Diego advocates suggest, may be why San Diego and other cities that stress a commitment to addressing their residents’ housing needs end up fudging the numbers and including sites that are iffy prospects for development.

The local chamber of commerce and building industry associations, along with the San Diego Housing Federation, which represents affordable housing developers, wrote to the state to defend the city’s housing plan.

City officials say they stand by the sites that the advocates criticized, noting examples in the city’s housing plan of non-vacant properties where housing has been developed, including one church parking lot. However, no housing has been built on busy retail parking lots or at school or clinic sites.

“I couldn’t disagree more that there is political hesitancy for rezoning in San Diego,” says Mike Hansen, the city’s planning director. He argued that since 2013, the city substantially increased its housing capacity. He also noted that San Diego has allowed homeowners to build unlimited guest houses or granny flats on their properties. But the city provided no examples of substantial rezoning in single-family neighborhoods.

“A big moment for California is at hand,” said UC Davis law professor Chris Elmendorf in a tweet. “HCD must decide whether to certify San Diego’s still-totally-inadequate housing plan.”

The state’s decision in the San Diego case, said Elmendorf, will show how serious it is about ensuring that cities make a genuine effort to create the new homes California needs.