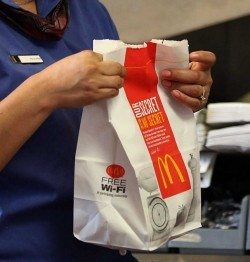 Under the dark cloud of government shutdowns and other conservative-created mayhem shines a silver lining — the recent gains of California’s low-wage workers. Governor Jerry Brown has signed one law raising the state’s minimum wage and another that provides domestic housekeepers, maids and nannies with the right to get overtime pay. These were huge triumphs in a climate of constriction and budget cuts. Such policies will improve the lives of hundreds of thousands of workers, as well as their families and communities.

These legislative victories are only as powerful as the organizing behind them. It was the huge numbers and commitment of thousands of organized workers (unionized or not) raising their voices that made it impossible for lawmakers to ignore their needs.

The exciting part of activating this new swath of workers is that many have historically not hailed from communities associated with trade unionism. Many come from low-income and/or immigrant communities of color. They work in jobs or industries that are a growing part of our economy yet have never been unionized nor had significant workplace protections. This all has the potential to not only change the look and feel of labor in diverse states like California, but also to increase the number of workers with quality jobs everywhere.

Recognizing the changing face of labor, the recent AFL-CIO Convention in L.A. highlighted racial diversity as a national priority and elected the African-born Tefere Gebre to its top leadership. While Latinos, Asians and African Americans are well represented in California unions, this isn’t necessarily true across the national labor movement. California’s low-wage and immigrant workers will likely continue leading the way in helping the rest of the movement to organize and nurture its future labor leaders. (Gebre served as executive director of the Orange County Federation of Labor.)

The past several years have seen an upsurge of low-wage workers organizing in the private sector. Walmart employees, for example, formed OurWalmart to take on the world’s largest multinational corporation, which has been notorious for paying poverty wages and vehemently opposing unions. Since 2011, these workers have staged the first strikes in the company’s history and launched some of the largest boycott actions around Black Friday. They also changed the debate about retail jobs – which were previously dismissed as bad, part-time jobs – to a discussion about what low-wage workers should be paid in order to enjoy decent lives.

Other promising efforts are afoot, such as the fast-food worker campaign, whose strikes have rattled an industry virtually no one has cared about—with the exception of animal rights and globalization activists.

Recently, the Atlantic cynically predicted imminent doom for the low-wage food workers’ fight. The writer speculated that, due to the high number of unskilled workers and a lack of high paying career positions, there will always be someone willing to take a poorly paid fast-food job. The author missed one key fact: Organized workers who can move both consumers and politicians to break through the P.R. static of companies can transform their industry and its bad business practices.

When historians look back at the current low-wage worker movement, they will pinpoint what is happening right now as a key turning point for the labor movement. Perhaps this current moment in time will be a mere prelude to an economy that will still be rooted in food, retail and service-oriented jobs — but whose jobs will be associated with good wages and benefits. Today will be seen as a transformative period, much like the era of organizing in manufacturing in the 1920s and ’30s.