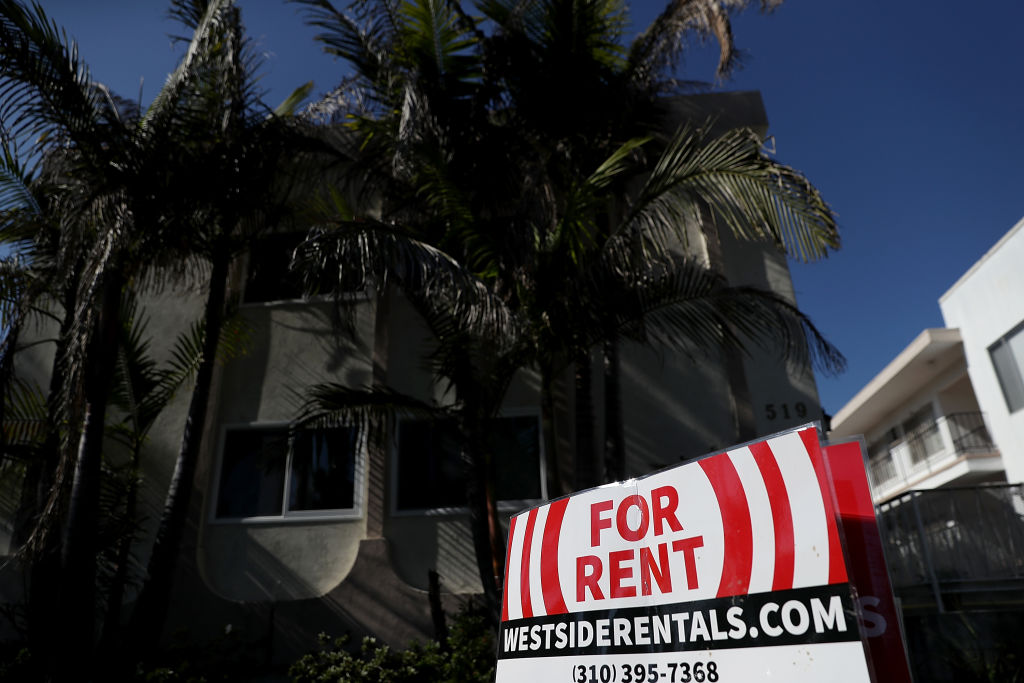 Democrats brought a few numbers to the floor of the state Senate on Tuesday when they approved California’s landmark anti-rent-gouging bill and returned the legislation to the Assembly for a likely Thursday vote that figures to be all but decisive.

From Los Angeles, Sen. Bob Hertzberg told of 34 percent citywide rent increases over the past seven years that averaged $500 a month. From Berkeley, Oakland and Emeryville, Sen. Nancy Skinner decried an alarming 43 percent rise in homelessness in her district over the past two years. From Chino, Sen. Connie M. Leyva described a house that she and her husband bought 30 years ago that has since quadrupled in price – while the average grocery clerk’s salary in her Inland Empire region hasn’t even doubled over the same time span.

Leyva, herself a former grocery clerk and union activist, provided one of the day’s more compelling arguments on behalf of Assembly Bill 1482 before her colleagues moved it along on a 25-10 vote.

In an era of wealth inequality, where corporations accrue “billions and billions” for their shareholders and top officials, Leyva said that without some kind of economic adjustment that significantly increases the wages of working people, passing a bill to put a stop to exorbitant rent increases “is the least we can do.”

“We can’t as a state and as a country,” Leyva said, “not hold corporations accountable for the low, poverty wages that they pay workers, and then say that there’s not a problem. Until we decide that workers deserve a living wage, until we decide that corporations that make billions and billions of dollars should share some of that with the workers, then this is going to continue to be a problem.”

AB 1482 now goes back for final consideration in an Assembly that has already passed a weaker version of the bill. If the amended bill passes the lower house, it will then go to Gov. Gavin Newsom, whose office helped fashion the current shape of the legislation, for his signature.

AB 1482 supporters said Tuesday it is difficult to tell how the amendments written into the bill in the Senate at Newsom’s insistence will affect its chances when it returns to the Assembly for concurrence.

Moderate Democrats who supported the measure the first time around might be more reticent to vote yes again – now that the amended version lowers the rent cap from seven percent to five percent above inflation and extends its expiration date from three to seven years, the supporters said.

On the other hand, one advocate pointed out that the influential California Apartment Association, which opposed the bill three and a half months ago, has since gone neutral, which could increase support from the “mods” faction. Also lurking in the background as a potential wild card: the $400,000 signature-gathering campaign launched by the AIDS Healthcare Foundation under its president, Michael Weinstein, that seeks to put another rent control measure on 2020’s statewide ballot.

Altogether, 17 Assembly Democrats either voted against AB 1482 or didn’t vote at all when it came before them in May.

“It’s going to be a slog in the Assembly,” said one advocate who asked to remain anonymous while still working in support of the bill.

AB 1482’s author, Assemblymember David Chiu (D-San Francisco), did not exhibit any concern Tuesday about his bill’s outcome. He called the Senate vote “a major step” toward imposing the rent cap and providing California renters for the first time with protections against evictions, unless landlords can state a “just cause.”

“We’re very confident,” Chiu said. “We’re buoyed by today’s Senate vote, and we look to a successful conclusion in the next couple of days.”

Senate Republicans argued Tuesday that AB 1482 amounts to a tax on landlords, that it does nothing to address the supply side of the California housing crisis and that it could hurt future home construction in spite of an exemption for any housing built within 15 years of occupancy.

Sen. Jeff Stone of Murrieta, who described himself as “a proud investor in real estate for 35 years,” said the bill flies in the face of the voters’ 18-point rejection of a statewide ballot measure last year that would have upended a California ban on rent control. Sen. Mike Morrell of Rancho Cucamonga called it “a violation of property rights” that will hurt investors and be “devastating to our state.”

At the same time, one Republican Senator, Jim Nielsen of Tehama County, lamented that the bill seems headed for passage.

“This remedy will have been Pyrrhic at best,” Nielsen said. “More people will have left California, [with] fewer families able to stay where they were born and raised.”

Democrats argued the opposite: That without the bill, the outcome Nielsen fears is far more likely to transpire, with rising rents and unjust evictions driving lower-income people from their homes and into the streets.

And, they came back with even more numbers in support of the bill: Sen. Maria Elena Durazo of Los Angeles said 700,000 households in her county alone “are one paycheck away from losing their homes,” while San Francisco’s Sen. Scott Wiener quoted rent increases of “10, 20, 30, 50, 100, 200 percent” that he said have come to his attention.

“We are in a crisis,” said Senate pro Tempore Toni Atkins (D-San Diego). “In state law, there are anti-gouging laws that address any kind of natural disaster. There isn’t one that fits this mold, and we have to find an answer to address the most egregious situations.”