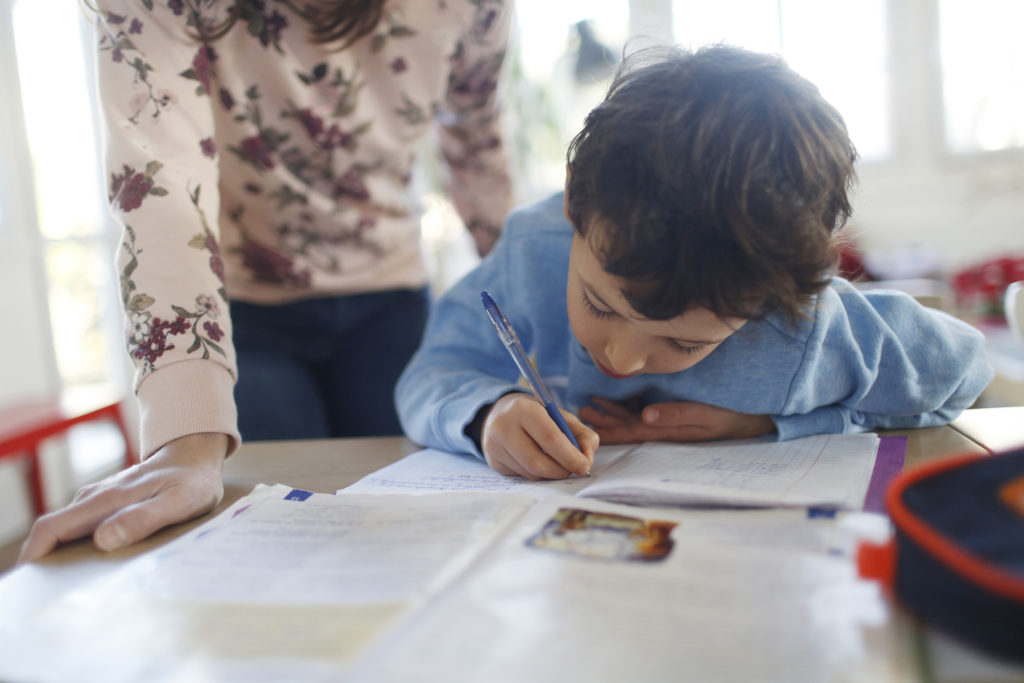 By now it’s a common story. Your kids are home from school, perhaps for the duration of the school year. You face a daunting challenge: Skip work and sacrifice money that you need in order to stay home and care for them, or report to your job and leave your children in an uncertain or vulnerable situation.

Currently, a federal program provides financial assistance only to those who need to be home to care for a sick family member. But a California bill would aggressively fill the gaps in the program and get financial relief to parents suddenly trying to strike a delicate balance in the time of coronavirus.

Senate Bill 943, introduced by State Sen. Ling Ling Chang, intends to help working parents recoup a portion of the pay they’ll lose by staying home with their kids. It would tap California’s general fund to expand the state’s Paid Family Leave program, extending its benefits to at least the end of 2020 and anticipating necessary extensions.

“I hear from families that are limiting their meals per day to save money or make sure their children have enough food,” Chang, a Republican whose district includes portions of Orange, Los Angeles and San Bernardino counties, told the Orange County Register via press release. “The extraordinary moment calls for extraordinary responses. We need to use every tool we have right now.”

A temporary federal relief plan approved last month excludes anyone who works for a company with more than 500 employees, and it has opt-outs for businesses with fewer than 50 workers, as well as health care and first-responder operations. Chang plans to add stipulations to her bill that would also close those loopholes.

“School closures are not the choice of parents, and we need to ensure everyone is protected from the economic damage COVID-19 is imposing on us all,” Chang said in a press release.

California’s state legislature is not expected to reconvene before May 4.

Amazon warehouse employees already dealing with a massive surge in orders also find themselves facing daily uncertainty over the safety of their work – and potential corporate retaliation if they air their concerns.

Amazon has learned of coronavirus cases in more than 50 of its facilities – about a tenth of its U.S. operations.

As detailed in the New York Times, the company has learned of coronavirus cases in more than 50 of its facilities – about a tenth of its U.S. operations. But rather than establish a corporate policy, Amazon has essentially let individual warehouses make their own decisions, leading some to close for cleaning while others remain open.

That approach has prompted protests by concerned and confused workers, including those in Michigan and on Staten Island. The Times reported that New York officials were investigating whether Amazon improperly fired a worker in retaliation for his participation in a protest. The company says the man, Christian Smalls, violated a paid quarantine; Smalls says he was terminated for organizing a walkout.

Even if that investigation does not lead to a formal finding, the company is taking public hits for its inconsistent policy and for internal notes of a corporate meeting, leaked to Vice, in which executives discuss ways to smear the fired employee. The notes describe a proposed plan of action to discredit Smalls by portraying him as “not smart, or articulate,” and to make him “the face of the entire union/organizing movement.” Amazon’s workers are not unionized.

The company has raised wages and added paid quarantine leave, and Amazon says it has tripled the size of its janitorial staff and begun the process of procuring millions of masks for its warehouse employees. But with Americans ordering products and groceries from the company at astounding rates, Amazon’s plan to add 100,000 new workers has done little to alleviate concerns about workplace safety and physical distancing.

State and local officials across the U.S. have come to realize that they’re on their own when it comes to procuring personal protective equipment (PPE) for their front-line health workers. But they might not have imagined the federal government fighting them to pry away their own stock orders.

According to Kaiser Health News, that is exactly what’s happening. The Trump administration, KHN reports, quietly invoked the Defense Production Act (DPA) at least twice in March, forcing medical suppliers in Colorado and Texas to sell to the federal government before dealing with individual states and hospitals – or other countries. It is not clear what the government did with those materials.

There’s no transparency about what the federal government is doing with the equipment they outbid states and hospitals for.

“It’s like Lord of the Flies out there for states and hospitals” as they try to survive bidding wars and federal interference to obtain badly needed supplies, said Sen. Chris Murphy (D-Conn.) in a statement to the news organization. “Plus, there’s no transparency about what the federal government is doing with the equipment that they purchase when they outbid states and hospitals.”

KHN reported that the Trump administration took the action in Texas and Colorado under the radar. It was done more than a week before Trump publicly invoked a clause within the DPA to force 3M to deliver its contract to the U.S. before conducting any other sales.

The administration appears willing to take more drastic measures, too. Talking Points Memo notes that officials in two states have reported federal authorities confiscating shipments of medical supplies that were already en route to those states or to hospitals within them. One of those cases, involving the seizure of 3 million masks headed for Massachusetts, led to New England Patriots owner Robert Kraft making a team jet available to fly to China and directly purchase more supplies for the state.

Health and social sciences experts have said for weeks that the pandemic will do its most devastating damage in poorer communities. In one major American city, that evidence is beginning to mount.

Through Sunday, 72 percent of Chicago residents who had died from COVID-19 were black, according to the office of Mayor Lori E. Lightfoot. Black residents make up only 30 percent of the city’s population, the statement said.

Chicago’s data was part of a similar picture in surrounding Cook County, where black residents comprise 23 percent of the population but have accounted for 58 percent of its recorded deaths.

Chicago’s black communities have historically suffered worse health outcomes than the city at large. Their neighborhoods tend to be poorer, with more crowded living conditions and limited or no access to medical care. More than 80 percent of black Chicagoans who’ve died from COVID-19 had underlying medical conditions, commonly including hypertension and diabetes, according to National Public Radio station WBEZ.

“It’s disturbing and upsetting, but not surprising,” Dr. Linda Rae Murray told WBEZ. Murray, a health policy professor at the University of Illinois at Chicago, said the early statistical data there “is just a reflection of the facts that they already know about these pandemics. People who are vulnerable will die quicker and won’t have as many resources.”

One of the economic side effects of the pandemic carries a darkly ironic twist: At a time when community and safety-net health clinics may be needed the most, many of them are suffering financially and laying off staff.

The details have to do with the general nature of these nonprofit clinics, which offer primary care to 29 million Americans, regardless of individuals’ ability to pay. But, the New York Times reports, much of the clinics’ revenues normally come from routine appointments – check-ups, dental care, etc. Those services are largely being curtailed, either to conserve resources or to guard against the spread of the virus, and operating revenue has dropped accordingly.

At a time when community health clinics may be needed the most, many of them are laying off staff.

Thus, the clinics are laying off employees despite knowing the hospitals and medical centers may soon be asking those same clinics to function as alternate testing services for suspected COVID-19 cases.

“It is nonsensical that in the biggest health care crisis our country has ever faced, organizations like ours are being forced to furlough people we will need,” said Chuck Jones, CEO at Harbor Health Services, which runs six clinics in Massachusetts. Jones told the Times he had furloughed 160 people – about a quarter of Harbor’s workforce.

Self-employed? A freelance worker? Part of the gig economy? If so, new coronavirus laws may provide you with some financial cushion if the pandemic has affected your ability to get or keep work.

The federal CARES Act includes a Pandemic Unemployment Assistance program, and it’s aimed specifically at self-employed people, those with limited work history and independent contractors. These groups’ members could not collect unemployment insurance under previous state regulations, but they may do so now if they are available for work but unable to do so because of the pandemic.

Details of the program and a helpful Q&A can be found here. The benefit varies from state to state, and the federal portion of assistance is currently set to end in July. That federal payment is retroactive to Jan. 27, 2020, so if you’ve lost your job at any point since that date, you can claim benefits for the lost weeks of work.

Undocumented Taxpayers Get No Stimulus Money