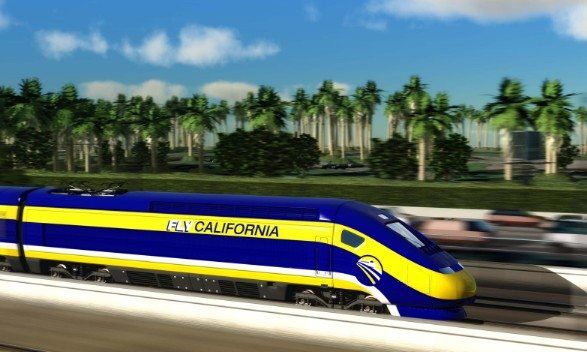 California's economy: On track or derailed?

Calling on California’s leaders to invest in their state, the California Labor Federation (CLF) today unveiled an ambitious plan to pull the state out of its economic slump.

The seven-point plan begins by urging construction of the long-planned, oft-fought high-speed railway line that would connect San Diego, Sacramento and the Bay Area. Only a few years ago this seemed like a staggering but plausible infrastructure project – a magic bullet train, as it were, that would create thousands of good, lasting jobs. But when the recession hit, it stalled – and since then territorial politics have stopped the project in its tracks, along with some new cost projections for a much higher than expected construction price tag. The CLF plan asks legislators to begin releasing money from Prop 1A bonds that were passed by voters in 2008.

The CLF plan’s other planks include the following:

Meanwhile, San Jose’s police union is fighting an attempt by city officials to let voters decide the fate of its members’ pensions. According to the San Jose Mercury News, a pair of lawsuits, filed late last Friday, aim to “force the city back to the bargaining table,” and charge the city with violating “the union’s contract by trying to change retirement benefits through an election rather than arbitration.”

As municipal governments across the country have struggled to balance budgets with shrinking revenue, city and state employee pensions have been targeted by conservatives for cost-cutting. Stymied by laws governing negotiated contracts, a growing number of city halls and statehouses have resorted to unilaterally slashing worker benefits by legislative fiat or throwing complex contract decisions up for public vote.

A People’s History of the Farmworkers Movement

Counting on the Kindness of Strangers