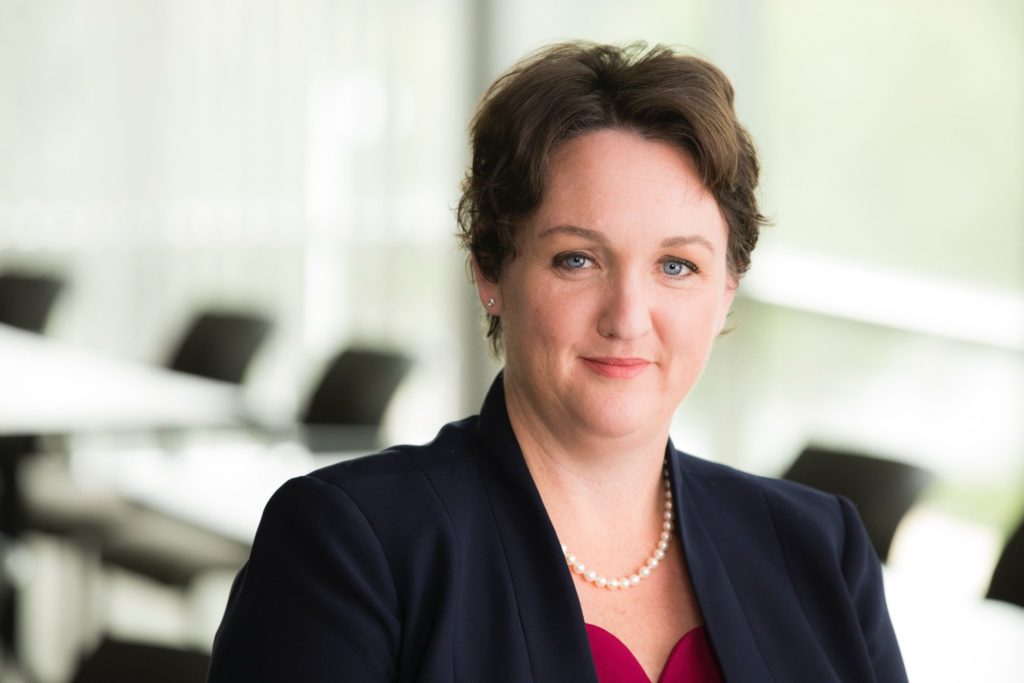 UPDATED November 15: Based on Katie Porter’s lengthening lead over two-term Congresswoman Mimi Walters, the AP has called the election in Porter’s favor. Continued ballot counting by the Orange County Registrar of Voters shows Porter with a 6,200-vote lead. The next tally update is expected to be announced Friday at 5 p.m. The following story was written when election-night returns showed Walters ahead by about the same number of votes that she now trails Porter.

Since she emerged from the June primary as the Democratic challenger in the race to represent California’s 45th District in the U.S. House of Representatives, Katie Porter cut a careful path through the issues dividing her typically conservative inland Orange County district. She hit her opponent, incumbent Republican Rep. Mimi Walters, hard on her ties to the National Rifle Association, on her many votes to repeal the Affordable Care Act, on her ties to President Trump. She played up hard Walters’ support for a new federal tax law that might end up costing many of her mostly upscale constituents money.

But she also supported Proposition 6, a state ballot measure that would have repealed the 12-cent gas tax levied to raise money for road repairs and transportation. Republicans had used the gas tax to cut short the state Senate tenure of at least one Orange County politician, Josh Newman. Porter, who called the tax “regressive,” knew that supporting the tax could pre-empt her political career altogether.

Will it be enough? As of Wednesday afternoon, Walters was leading her progressive challenger by more than three points. It might also have been too much: Porter’s Medicare-for-all, common-sense gun law, anti-tax reform message may have galvanized the liberal base in the traditionally conservative district, bringing out college students and Latino voters who might otherwise have stayed home. But many voters rejected the law professor’s egalitarian agenda and stuck with Walters, a former investment banker who sounded all the GOP notes on the immigrant threat and Nancy Pelosi’s socialism. In a district Trump lost by five points, Walters’ margin looks decisive if it holds.

Decisive, but not necessarily auspicious, says Alexa Macias, a political science professor at California State University, Northridge who leads a nonpartisan research team that studies and polls the district. “In her last race Mimi won by 17 points,” Macias says. In Walters’ first race two years earlier, she won by slightly more than 30 points. “Her margin has gotten narrower and narrower in every race,” Macias says. “That’s not what you expect from an incumbent that has not had a scandal.”

Win or lose, Macias says, Porter’s candidacy has established a beachhead. In the past, Republican candidates in the region haven’t faced much of a challenge, knowing all too well the reality of the area’s political tilt. This year, Porter was one of five primary candidates to line up for the chance to challenge an incumbent. “She’s opened the field to better and better candidates,” Macias says. “Mimi can expect 2020 to be even closer.”