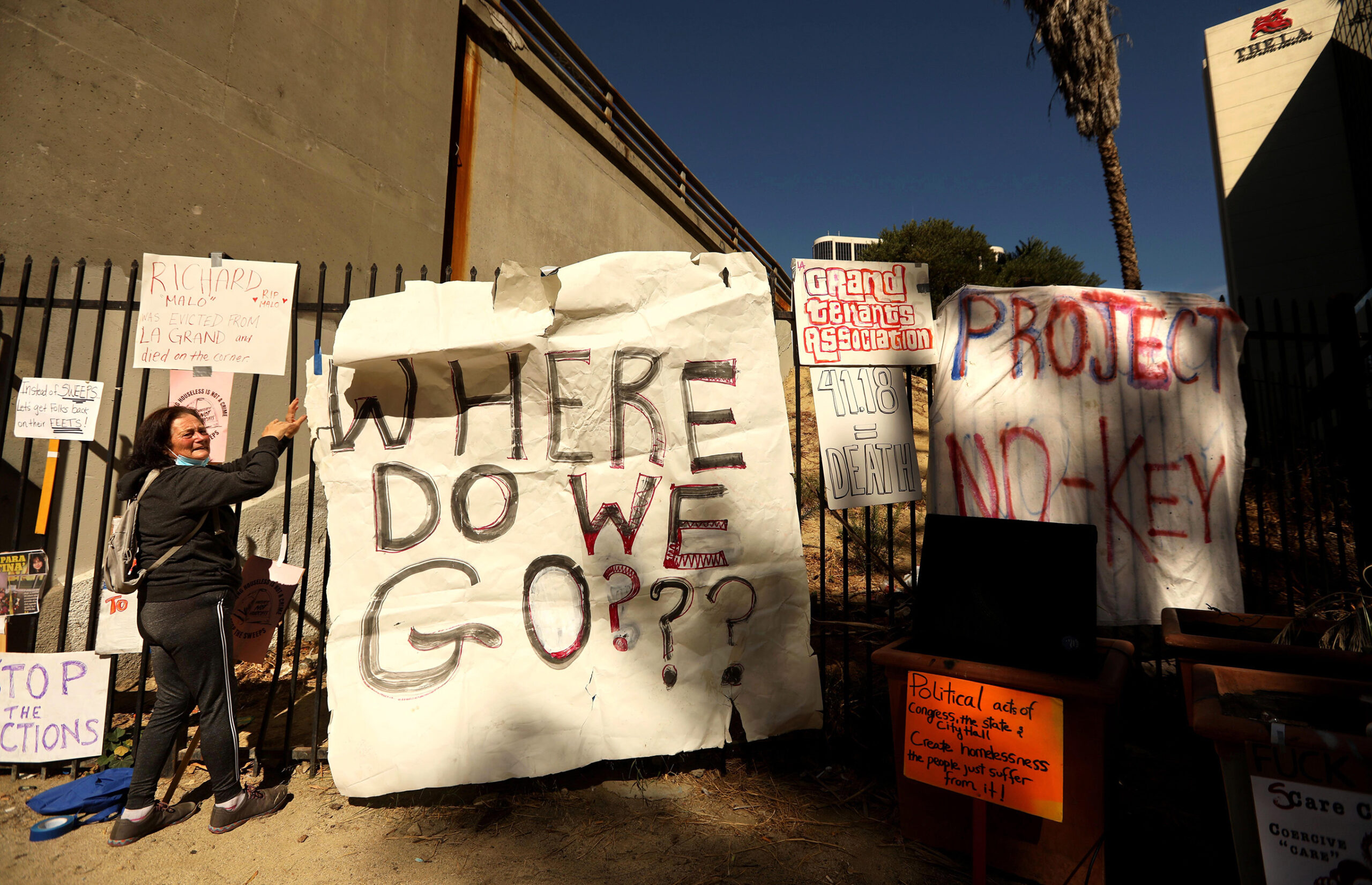 A Los Angeles ballot measure to fund affordable housing by imposing a new tax on property sales or transfers exceeding $5 million has been targeted by business and real estate groups in an advertising campaign calling it “the largest property tax increase in L.A. history.”

That claim is false. Measure ULA  is not a property tax, which is an annual assessment on all property that is used for general government functions. If passed by city voters on Nov. 8, the measure would be a one-time tax on sales that would go into a special fund dedicated to address the city’s housing and homelessness crisis.

“Calling it a property tax is a dishonest attempt to scare homeowners,” said Peter Dreier, an Occidental College professor who co-authored a report on the impact of the measure, and is part of United to House L.A., the group working for its passage. “Nobody’s property taxes will be impacted,” Dreier said.

California’s cities and counties actually have no authority to raise property taxes. That can only happen if the state’s voters change Proposition 13 by a statewide constitutional amendment.

The study by Dreier and researchers from UCLA, USC and Occidental estimates that Measure ULA would affect less than 3% of single family home and condominium unit sales. That’s because in fiscal year 2021-22, only 727 houses and condos sold for more than $5 million, which was 2.6% of the 28,378 homes sold in the city.

The measure would generate about $900 million annually to be used to build more low income housing and provide rent relief for vulnerable renters, particularly seniors, according to the study. The ballot measure includes a provision to create an oversight commission to make sure that the funds are used the way the measure requires.

The two opposition committees waging the anti-ULA campaign are called Angelenos for Affordability and Angelenos Against Higher Property Taxes. The largest donors so far, according to filings with the Los Angeles Ethics Commission, include:

Blackstone — the real estate and private equity investment  firm — has not made a direct contribution to either of the anti-ULA committees, but on July 1, it donated $1 million to the California Business Roundtable PAC. Blackstone became one of the nation’s largest landlords after purchasing a vast inventory of properties after the 2008 real estate crash when many homeowners were facing foreclosure. It bought at least 82,000 homes, including thousands in L.A. A U.N. report on Blackstone states that its subsidiary Invitation Homes raised rents at almost double Los Angeles’ average.

The California Business Roundtable did not respond to requests for comment.