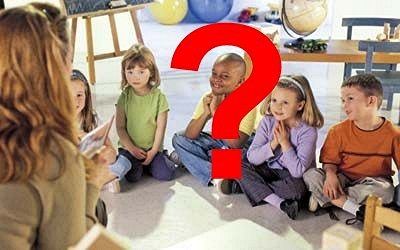 Local government issues may not appear to be on the Presidential ballot this November. But the national elections, for President and Congress, will affect our local governments and our daily lives for years afterward.

Like all governments, local administrations are funded by tax revenues. A small number of municipalities and counties across the U.S. have their own income taxes, usually under one percent, but sometimes higher. Every county in Indiana, Kentucky and Maryland, 560 cities and villages in Ohio, and big cities like Philadelphia, Baltimore, New York, Birmingham, and St. Louis receive funds from local income taxes. Most municipal and county governments, however, rely on property and sales taxes.

But a sizable chunk of local government spending comes from federal and state tax revenues that are then given to local governments as grants. Decisions about the federal budget thus have a major direct impact on our home towns.

Local governments across the country are already starved for funds because of the Great Recession. Dollars paid to local businesses, such as builders and service providers, have fallen. Since 2008, local government investments in equipment and buildings have dropped every year. That means that snow plows, police cars, fire engines and especially, school buildings are getting older and shabbier. Already in 2010, over one-fifth of cites had reduced spending on public safety. By 2011, over half of U.S. cities had cut spending on construction projects and raised fees for city services.

The money spent by local governments is mostly for compensation of employees. Cutting spending means cutting jobs. In the wake of the recession since 2008, the number of state and local government employees has fallen about six percent, which means over 660,000 lost jobs, mostly at the local level, mostly in the past two years. These cuts have kept the unemployment rate above eight percent, even though private business has added jobs in the past few years.

The majority of local spending is on education. Although we tend to believe that our schools are supported by local revenues, more than half of local education funding comes from state governments and the federal government. Since 2008, most states have been cutting back on support to local school districts. In my state, Illinois, per student funding has fallen about five percent since 2008.

Some school districts in states with the biggest budget problems are taking extraordinary steps to maintain themselves. In California, where it is nearly impossible to raise new funds through taxes, some school districts are mortgaging the future to pay for the present. Several districts in the San Diego area have borrowed hundreds of millions of dollars, but will make no payments for 20 years. Thus they do not have to budget now for paying back these loans. Such loans have much higher interest rates than normal loans. So in 20 years, when interest has piled up to many times the value of the loan, those districts will have enormous payments.

School districts in my own area of central Illinois are cutting back on programs, firing teachers and closing schools. Across the country, in red states and blue states, school districts are borrowing and cutting. Most of the government employees who have lost their jobs were working in our local schools.

In a speech he gave in June, Mitt Romney outlined in just a few words the partisan divide over local government spending. Criticizing an Obama speech, Romney said, “He says we need more firemen, more policemen, more teachers. Did he not get the message of Wisconsin? The American people did. It’s time for us to cut back on government and help the American people.”

The budget plan passed by House Republicans and authored by Paul Ryan, now Romney’s running mate for Vice President, is named “The Path to Prosperity.” It envisions balancing the federal budget by making enormous cuts in federal spending, outside of the defense budget and entitlements like Social Security. What is left is called “discretionary non-defense spending.” About one-third of this category of federal spending flows through state governments in the form of funding for education, health care, human services, law enforcement, infrastructure and other services that states and localities administer.

These cuts are necessary to allow the Republican budget to cut tax rates for wealthy Americans, increase defense spending, and still balance the budget. When Romney and the Republicans talk about cutting back on government, they mean much larger cuts in local government spending than what has happened so far.

Democratic budget proposals raise taxes on the wealthy, reduce defense spending and thus do not have to make such cuts in funding for state and local governments.

What will happen when more teachers are let go, when educational programs are cut further, when police and fire departments have fewer people and older equipment, when local human services and health care budgets are cut in half, when more libraries and parks are closed?

Many Americans say they want government “off their backs and out of their pockets.” I wonder if they realize what that really means.

Steve Hochstadt is professor of history at Illinois College in Jacksonville, Illinois, and author of Sources of the Holocaust. His post first appeared on LA Progressive and is republished here with  permission.

Related Topics:Federal Budget Reductions
Up Next