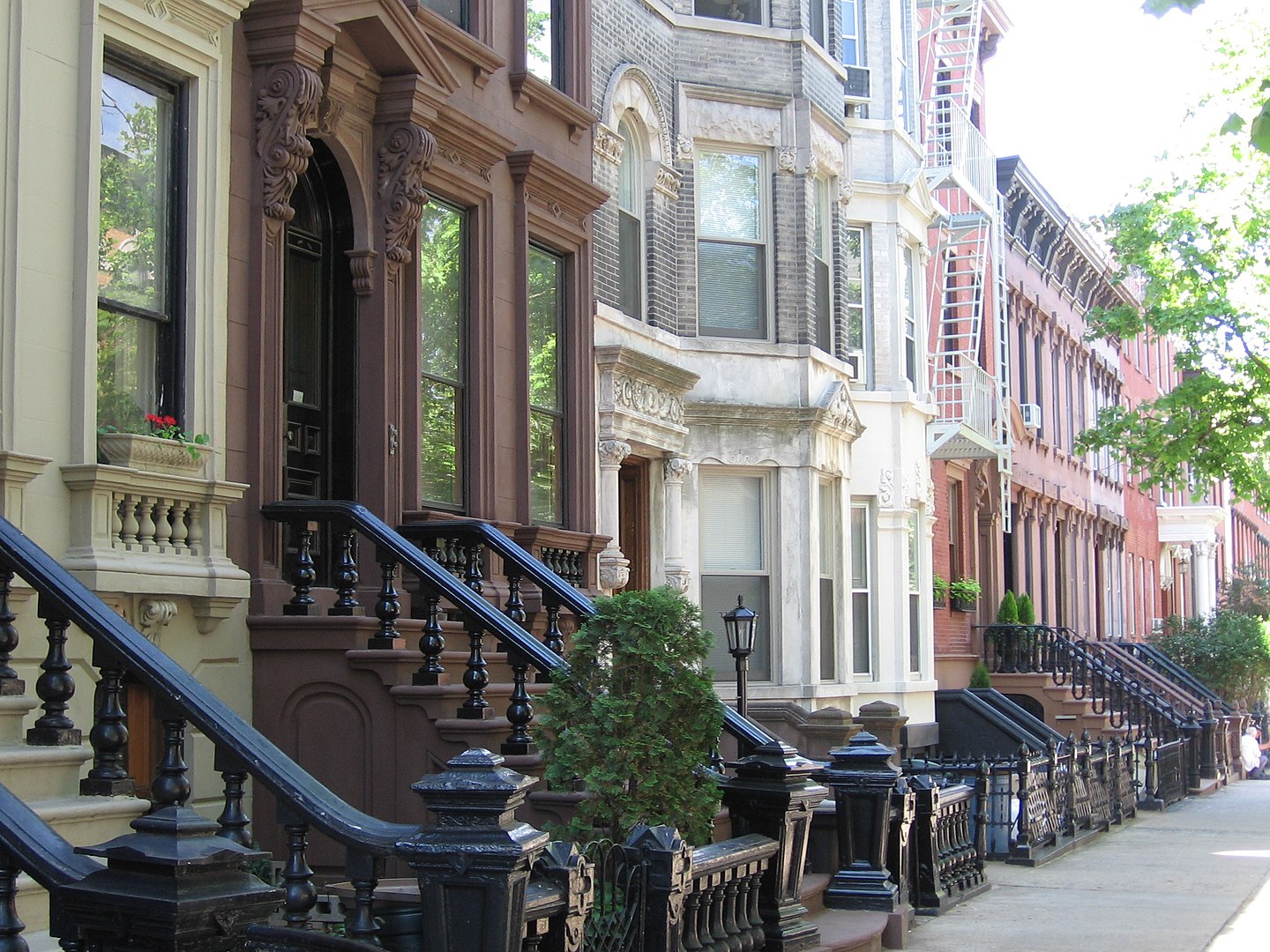 In Brooklyn, construction is underway for a 7-mile pipeline meant to reinforce the city’s natural gas system. Environmental activists have waged countless protests against the project run by National Grid—gaining political allies, including Mayor Bill de Blasio, who announced opposition in December.

This story originally appeared in WNYC/Gothamist and is republished here as part of Covering Climate Now, a global journalism collaboration strengthening coverage of the climate story.

Groups fighting the plan want to end all construction of fossil fuel infrastructure to reduce carbon and other emissions that lead to climate change and pollute the local air. Two-thirds of the city’s greenhouse gas emissions come from buildings, the bulk of that originating from natural gas in residences. Natural gas makes up more than 60% of energy sources in multifamily buildings, according to a December 2020 report from the Urban Green Council. Among all large buildings, natural gas use has increased over the past decade, even as fuel oils have halved.

But could a dense borough—supporting more than 2.5 million people—ever pivot away from natural gas as a heat source? Energy experts and environmental advocates say yes, but it would require an undertaking to retrofit the city’s aging buildings and place mandates on new ones.

Electrifying heat sources rather than using methane-emitting natural gas would be a starting point.

“Weaning off natural gas in the city would mean figuring out a way to both wean off gas used for space heating as well as gas used for domestic hot water,” said Vijay Modi, a mechanical engineering professor at Columbia University’s Earth Institute.

He points to heat pump technology as an essential player in that transition. These pumps operate by moving heat in or out of the home, depending on the season, meaning they can operate like an air conditioner in the summertime too. Some are about the size of an air-conditioning unit and can fit inside an apartment. They come in a variety of “flavors,” Modi said. One is an air-source heat pump, which transfers heat specifically from the outdoor air into homes in the wintertime, or, when it’s hot, it can do the reverse to cool a household. They are less efficient as the temperature drops, Modi noted, but the technology has improved to make way for cold-climate options that work in places like New York.

Ground-source heat pumps that utilize geothermal energy from the warmth in soil or underground water sources are another alternative, though Modi suspects they’d be less feasible in the city due to less space to dig up or challenges setting up a staging area for construction. They function by taking heat from the consistently warm soil through an underground pipe system. Some researchers based in London suggest heat in the soil surrounding underground trains could support these pumps. The U.K. capital has launched a program to extract this excess heat from trains whizzing by to warm offices and homes.

Some businesses are already helping Brooklyn residents transition to climate-friendly heating. Donnel Baird leads the company BlocPower, which retrofits homes with pumps that source heat from cold-weather air as well as solar energy.

“The technology now exists to do it and to do it at scale,” said Baird, whose company received $63 million in venture capital financing in February. “This isn’t a pie in the sky, radical environmentalist kind of idea.”

In New York City, peak electricity use happens during the summer, when air conditioners blast and drizzle water down from every window. Suppose all homes and stoves are heated electrically rather than running on natural gas. In that case, those peak days will shift to the winter, when the difference between the outdoor temperature and typical room temperature (68 to 72 degrees Fahrenheit) is greater. That requires more energy.

Sanjoy Banerjee, the head of the City University of New York’s Energy Institute, said as the demand rises for electricity, it would call for grid upgrades and new electricity storage options.

To avoid winter overloads, Banerjee says the system would need to smooth out the fluctuating needs for electricity storing unused power on low-demand days. Another critical point is that if a building is heated and cooled with an electric system, the climate benefits become moot if the power is still sourced from fossil fuels.

The city’s electricity supply is sourced with two-thirds fossil fuels and one-quarter nuclear as of 2018, according to another Urban Green Council report. That will likely worsen once the nuclear plant Indian Point closes at the end of the month.

“If they’re not renewable sources, then it defeats the whole purpose,” said Banerjee. Modi added greening the grid and electrifying heating systems should happen in tandem, rather than dragging out the process for another two decades. Under state law, greenhouse gas emissions must be reduced 85% by 2050.

Such a transition will likely need public resources. President Joe Biden recently committed to funding grid improvements with $100 billion under his jobs and infrastructure proposal. Some lawmakers want to codify a shift from natural gas heating in to-be-introduced legislation that would ban gas hook-ups on new construction and renovations, adding onto a 2019 law to reduce buildings’ emissions. De Blasio has committed to a policy prohibiting gas hookups in new construction buildings by 2030.

On Monday, the state’s Energy Research and Development Authority kickstarted a $10 million education campaign about heat pump options to make good on a Clean Heat initiative to install 130,000 units by 2025. National Grid is a partner in the state’s heat pump program in which contractors get rebates for using the more efficient heating and cooling systems—but it is limited to upstate New Yorkers, where the utility provides electricity.

“No one solution is going to be sufficient to allow New York State to meet its clean energy goals,” Young said in an email.

To achieve New York’s climate goals, Modi thinks policymakers should consider a dual-source system, leaving natural gas infrastructure for use on the coldest days of winter. In a February 2020 paper in Joule, Modi and his colleague found if just 60% of existing fossil fuel-based heating is maintained on the coldest days of winter, more than 97% of heating could be electrified without exceeding peak power demands in any part of the country. The dual approach could make way for a “flexible transition to low-carbon heating,” the paper reads.

Electrifying heating systems won’t “solve the climate problem instantly,” he said. “It would just start our way towards the infrastructure we eventually want.”

“What they’re trying to do in Brooklyn is outrageous,” said the Kensington resident. In addition to the pipeline, National Grid is seeking approvals from the city and state to replace two vaporizers for liquified natural gas and add another two units at its Greenpoint hub—another utility project. While the expansion might logically increase the plant’s exhaust, state and company filings say the plan would still keep emissions of nitrous oxide, a health-harming pollutant, below a prescribed cap.

Anti-fracking group Sane Energy Project and Brooklyn residents sued the company and the state’s Department of Environmental Conservation (DEC) in March over the Greenpoint plan. They alleged the project required additional reviews under state law, would violate the state’s 2019 climate law and that the company had misled the public on how its emissions would change.

“It’s draining,” Gabriel Jamison, a founding member of a neighborhood group, Brownsville Residents Green Committee. “I’m emotionally connected to this because I live here. This is in my backyard, like really in my backyard.”

In response to the lawsuit, the DEC said it undergoes a “transparent and rigorous” process and “carefully reviews” state and federal standards to protect public health and the environment, including the climate law. Young from National Grid said the company “will respond once we have had a chance to review” the lawsuit.

Mayor de Blasio told reporters at an April 7th press briefing that the city would “use every tool” to stop the pipeline but said, “a lot of the power resides in the state.” Sane Energy Project has criticized de Blasio for his lack of commitment to hold back Fire Department permits for National Grid’s additions to its Greenpoint hub. The mayor only announced his opposition to the pipeline three years after construction began. Sane Energy also wants Governor Andrew Cuomo to keep the project from completion altogether. The governor’s office deferred to the DEC.

Progress on the National Grid project seems destined for completion. The National Grid pipeline began in Brownsville and snaked its way through the borough, with the fifth and final phase yet to begin. The company has argued it needs expansion to increase safety and reliability and is currently in negotiations to raise customers’ rates.

For Jamison, the Brownsville activist, the fight against the pipeline is a health issue for his neighborhood, where children are twice as likely to go to the emergency room for asthma.

“It’s really about quality of life,” he said. “It’s to combat a lot of health disparities in Black and brown communities.”

Lee Ziesche, an organizer with Sane Energy, recognized the shift from fossil fuels wouldn’t be immediate. “But one of the most important things is not building this new infrastructure and spending all this money locking us into more fracked gas.”

Uprisings and Justice in Minneapolis