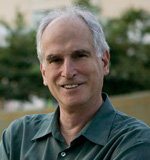 Frying Pan News: Why did you decide to include a documentary about economic inequality this season?

FPN: What can a film about economic inequality accomplish that legislation or speeches can’t?

ALEXANDER: Legislation can’t necessarily be successful without a public demand for it. So a film like this is going to raise the consciousness of people and give people an opportunity to have the conversation with [Robert Reich] about what some of the solutions are — so that people send unified messages to their elected officials about what public policy changes they want to see. The advantage of this showing is that people are gathering in great numbers to get together. Seeing it at home wouldn’t create the same opportunity that seeing it with a lot of other people — so you hear how other people are reacting, what they’re planning to do, and individuals then have the chance to make a decision about what they want to do. The collective gathering, I think, is as important as the product itself.

FPN: To that end you hold discussions after the movie, right?

ALEXANDER: We will. And Mr. Reich is going to be central to that. I hope it won’t just be a Q&A, I want it to be a real conversation. The public is pretty smart and it’ll be interesting to hear people’s points of view on things.

FPN: What did you find to be the most powerful thing about Inequality for All?

ALEXANDER: It has a cohesive overview of the economic divide that’s developing in our country. I’ve got grandchildren. I’ve got an oldest one who’s just starting college. I’m concerned about the fact that I’m not sure what kind of opportunity is going to exist for her when she graduates to have a life somewhat similar to the one her parents and I have been able to live. I’m not sure about the debt that she’s going to be carrying that I never carried coming out of college. This film raised a lot of the issues about what kinds of shifts have taken place, and how certain forces have been able to advance legislation that favors a more powerful economic class over the rest of us.

FPN: L.A. has become synonymous with economic inequality— what role can arts organizations, like Grand Performances, play in addressing this issue?

ALEXANDER: We’ve done a lot of work that helps create cross-cultural understanding. We’re also able to dispel assumptions that only a certain socio-economic class wants the arts in their lives. We’re proving that price is a barrier — people of all socio-economic groups want quality arts experiences because the arts provide something deeper than just mindless entertainment. We use our arts programming to offer people, hopefully, “ah-ha” moments: some kind of a new appreciation about the changing and complex world, and the changing and complex city, that we live in.

FPN: What would you like to see incoming Mayor Eric Garcetti do with respect to the arts?

ALEXANDER: I would like him to be an advocate for broad community engagement with our really remarkable arts community. Los Angeles has, according to the California Association of Non-Profits, one-thirteenth of the per capita philanthropic assets of the Bay Area. When your philanthropic asset pie is that much smaller, the arts are going to get a much smaller slice of it. I’d like to see the new mayor be an advocate and remind people that during these tough economic times it’s incumbent on the private sector to be generous and supportive of the arts.

I’d like to see the mayor step forward to remind people that, at the community level, it’s places like the Watts Towers Arts Center, Plaza de la Raza, the Japanese American Cultural and Community Center, bookstores out in the Sylmar area, and art programs in Venice that are doing incredibly valuable work. There needs to be a champion of the roles that these arts operations are performing. I’d like to see the mayor tap the creative capacity of the arts community to look at many of Los Angeles’s problems. Not just appoint arts people to the Cultural Affairs Commission, but to other commissions as well, because even adding just one artist to each of these commissions might create an opportunity for the commission to start looking at problems in a new way.

FPN: As a native Angeleno, what’s the most exciting change you’ve seen in our city over the past few years?

ALEXANDER: People are excited to be living in a city that has over 100 languages spoken in its schools, that now has an international reputation as being the creative capital of the world. L.A.’s arts community is starting to be recognized as setting a national model of how a diverse community — and that’s not just diverse by ethnicity, but diverse by economics, diverse by disciplines — can work collaboratively to make sure that the rest of the community sees the value that a healthy cultural community can offer.

FPN: If I could only go to one of your shows this summer, which is the one not to miss?

ALEXANDER: The August 2nd event that we’re doing is called Songs in the Key of L.A., a commissioning project we took on when the public library announced it was going to create a book called Songs in the Key of L.A., dealing with the collection of sheet music written prior to 1923 by Los Angeles composers about Los Angeles. We commissioned Ozomatli to take that music and present a performance that will involve Ozomatli and a number of guest artists reinterpreting this music about Los Angeles.

Related Topics:Robert Reich
Up Next