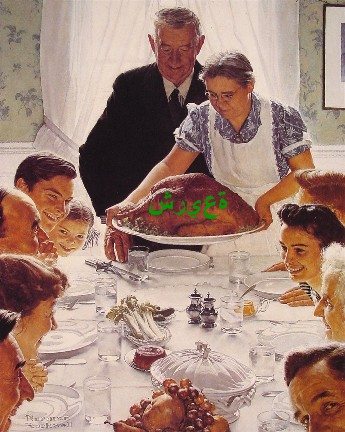 Recently, we noted that our friends at American Rights at Work called for a boycott of Amazon.com.  As friend-of-this-blog and renaissance-man-about-town Joshua Joy Kamensky notes, however, we need to be more careful with the B-word.

Boycotts are ubiquitous.  Progressives boycott Wal-Mart because of its anti-worker practices and its impact on local economies.  Conservatives boycott stores that say “Happy Holidays” instead of “Merry Christmas.”  Los Angeles boycotts (kinda sorta) the state of Arizona over the anti-immigrant SB1070.  Animal rights activists boycott Nestea for animal testing.  Anti-Islamists boycott halal turkeys.  Every time some politician says something idiotic or offensive, people dig up the donor list to that politician, and boycott the corporate sponsors.

But sometimes things get confusing.  Are we boycotting Home Depot to get it to stop using old-growth redwoods, or because it’s promoting the homosexual agenda?  Are we boycotting Disney because it treats its workers like crap, or because it’s promoting the homosexual agenda?  And what about when a boycott works, such as the campaign launched against Glenn Beck’s advertisers?  Geico pulled out as an advertiser—only to then be hit with a boycott by Beck’s minions.  I can’t tell if it still exists, but back in the day, housemates and I used to subscribe to – and this is really true – Boycott Quarterly Magazine.  How else were we gonna keep it all straight?

Part of the problem here is that (as I’ve previously alluded to), increasingly we think of ourselves primarily as consumers, and we think of our power primarily as consumer-based.  This alone is a pretty monstrous victory for the right.  The more we think of ourselves as citizens, the more we’re likely to be active in the arena of public policy rather than individual consumer choice.  But that’s a huge project, and my goal here is more modest: a few humble suggestions for how to approach the question of boycotts.

First, be clear whether you are engaging in concerted activity or simply expressing your displeasure.  For instance, I don’t eat meat.  But I don’t delude myself that my actions are changing anything.  I just know that I could not live with myself if I participated in what I consider to be morally offensive.  This isn’t a boycott; it’s a choice.

Second, understand if the boycott is legitimate.  Many pages could be filled on this topic, but this primarily comes down to two questions: Is there a specific demand, and is the organizing entity legitimate?  A boycott called by Greenpeace, or Human Rights Campaign, or a nationally-recognized labor union is simply more credible than a boycott called by someone you’re Facebook friends with.  Remember how all of those “don’t buy gas today” boycotts brought the oil companies to their knees?  Me neither.

Third and most important, once it’s a legitimate boycott, stick with it—even when it’s hard or annoying.  When we boycott, we’re saying that we feel so strongly about an issue that we’re going to give something up; we undercut that message when we limit our boycott to when it’s convenient.  If I could boycott Taco Bell for four long years (I said I was a vegetarian; I didn’t say I was healthy), then you can stick with your boycott.

The reason this matters is because boycotts are a special kind of call-to-arms.  Different progressives work on different campaigns.  You’re on workers’ rights; he’s on climate change; she’s on LGBT rights; and on and on.  Excellent: let a million flowers bloom!

But the minute that a legitimate source calls for a boycott (and we can, of course, disagree on what is or isn’t legitimate), the ability to pick and choose is over.  The line has been drawn, and all of us need to be on the right side of it.

Take the recently-ended boycott of the Huffington Post.  As far as I can tell, this was a silly boycott.  It was not well-staffed, it was not well-resourced and it was not well-articulated.  But it had a clear goal, and was called by two legitimate unions (UAW and CWA).  Still, many progressives felt like they didn’t have to honor the boycott, and continued to talk to HuffPo reporters, link to HuffPo stories, or, worse still, scab by writing for HuffPo.  Ph.D. Octopus and Jonathan Tasini have some thoughts as to why, but it hardly matters.  The minute we get to pick and choose what picket lines we cross and what boycotts we honor is the minute that we undermine the basic principle of concerted activity.

That’s the difference between a consumer choice and a serious effort to effect change.  The key to change is, was, and ever will be concerted activity.

It Came from Madison Avenue