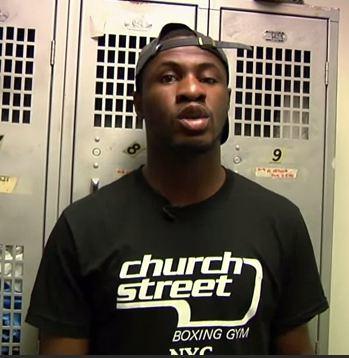 It was a viral Internet sensation last year, but Boxing Lessons with Eric Kelly is worth a second viewing today, as we swing into a year that promises only sharper divisions between those who control wealth and those who don’t. Eric Kelly, a former amateur boxer from Brooklyn, works at New York’s Church Street Gym, where he trains Wall Street executives in the manly art of self-defense.

Actually, according to the video, he mostly insults these Masters of the Universe nonstop – and they love it. In a recent SB Nation piece on Kelly, writer Brin-Jonathan Butler asked one of the gym’s patrons, a JP Morgan banker, why he has taken up boxing under the dismissive gaze and trash talk of Kelly. Reports Butler:

“You know,” he began with a sheepish smirk, “maybe, deep down, we just miss that whole Occupy Wall Street movement a little bit. Maybe some of us are a little nostalgic for that hatred and Eric Kelly picks up the slack.”

When Butler asked the banker if perhaps guilt factored into it, Mr. One Percent grew quizzical:

“What’s there to feel guilty about?”

“I dunno,” I shrugged, wondering where to begin. “The bailout? The bonuses? Betting against clients? No moral hazard? Not one prosecution in the entire mess? A rigged system that socializes your losses and not anybody else’s? That’s just off the top of my head.”