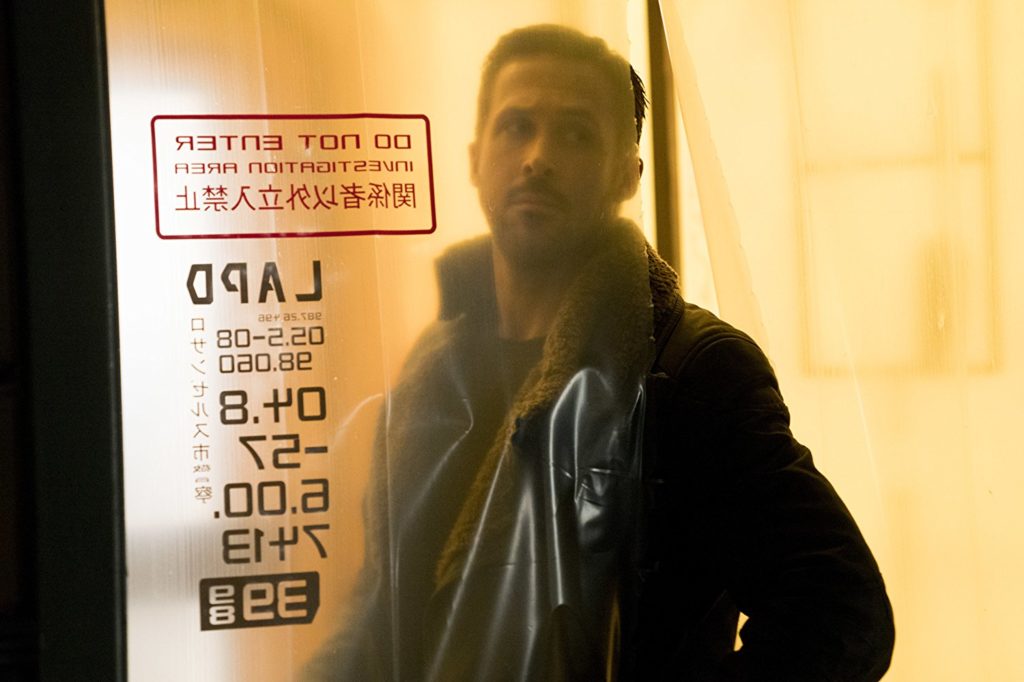 Blade Runner 2049 mirrors familiar plagues: There is mention of a wall that divides the classes, the hiding of a child who is the progeny of illegality, and runaway corporate greed.

When Ridley Scott’s Blade Runner was released in 1982, it polarized audiences and critics alike. Some found its meditative pace too reflective of its characters’ emotional detachment, while others found the mix of noir mien and novelist Philip K. Dick’s Orwellian themes of technology’s effects on society profound and revolutionary. It took some time for it achieve its status as a classic — a prime example of art and intelligence cinematically coalescing. Now 35 years later, its sequel, Blade Runner 2049, may not have to wait at all.

This go around, producer Scott hands over the directorial reins to Denis Villeneuve (Arrival), who along with cinematographer Roger Deakins and production designer Dennis Gassner, delivers a stunning, harrowing vision of the future, reflective of the current threats plaguing our planet. Earth is a scorched wasteland, besieged by pollution and social degradation. Living trees no longer exist. The only light is from harsh neon signs and hologram ads that illuminate the soulless eyes of the denizens who slog through their lives working for the man. It is in this environment borne by the unholy union of corporations and technology that blade runner K (Ryan Gosling at his best) hunts down rogue older model replicants, or robots, made by a revived Tyrell Corporation. The film starts with K taking down a behemoth replicant, but in the process, he stumbles across evidence of a miracle that threatens to overturn the oppressive nature of this unnaturally controlled world.

Photo by Courtesy of Warner Bros.

Blade Runner 2049 is a miraculous sight itself, a captivating assault on the senses that, beyond its spellbinding beauty, paints a disarming portrait of a society perched on the precipice of collapse. Much like its predecessor, its depiction of society is a dystopian treatise on the brutality of commerce and the embattled human spirit in modern times. Writers Michael Green and Hampton Fancher (who co-wrote the original film with David Webb Peoples) litter their bleak world with a perfect blend of sly references to the original film as well as memorable new lines of dialogue that are sure to become instant classics. Memories are manufactured, holograms serve as mates, and miracles are sequestered away so that hope cannot inspire the masses to throw off their shackles. And like the 1982 model, this Blade Runner edition mirrors contemporary challenges to our society. There is mention of a wall that divides the classes, the hiding of a child who is the progeny of illegality, and runaway corporate greed personified by Tyrell CEO Niander Wallace, a Luciferian Elon Musk-type played by Jared Leto. In Blade Runner 2049’s world, dreamers and dreaming are to be damned.

With an apt Kafkaesque moniker, K tortuously searches for the Truth (with a capital T), which leads to a ghostly Las Vegas, where he finds original blade runner Rick Deckard (Harrison Ford), who has been holed up in Sin City for decades. Soon after old and new blade runners meet, all hell breaks out, leading to a lyrical near-perfect denouement. It’s a fitting way to bridge the past with the present on many levels — for Ford, for the plot and for the film franchise. (My only criticism is that at two hours and 44 minutes, it’s about 20 minutes too long.)

A deft combination of art and social commentary made the original Blade Runner rise above the standard fare of its time. And now, in an age when notable movies largely sport comic-book superheroes with silly superpowers, insulting intelligence and offending logic in virtually every frame, Blade Runner 2049 not only finely replicates many of the original film’s great qualities, but soars on its own as a stunning modern cinematic achievement.

Related Topics:Blade Runner
Up Next

The Bitter Stage of “Time Alone”

Filipinotown Is Burning: A “House” Is Not a Home in Ball-Culture-Themed Play