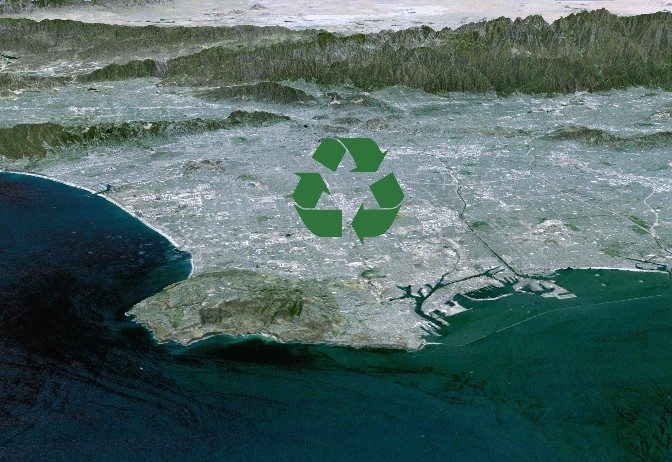 (This post originally appeared February 8 on the author’s Switchboard blog.)

Yesterday, the Bureau of Sanitation for the City of L.A. released its recommendations for fixing the inefficiencies in L.A.’s waste system. After more than a year of careful consideration, the Bureau determined that an exclusive franchise system with 11 franchise zones for the commercial and multi-family sectors would provide the best solution to increasing recycling and minimizing the burden that waste collection imposes on L.A. residents.

As I have written before, the commercial and multi-family sectors are responsible for approximately 70 percent of the waste L.A. sends to landfills, so it is an important nut to crack to meet the City’s zero waste goals. I have written several blogs on this issue and on the benefits of going to zero waste ranging from reducing our dependence on polluting and space hogging landfills to reducing our greenhouse gas emissions to creating more jobs. You can read these blogs, here, here, and here.

In discussing the Bureau’s recommendations with my colleagues from Sierra Club’s Zero Waste Committee in Los Angeles, we are immensely excited. If this passes through the Board of Public Works, this marks a bold statement from the City that it is serious about sustainability. It will serve as a key victory for environmentalists concerned about the impacts of waste on our land, water, air, and future generations. The proposed changes to the current inefficient system unlocks the potential to take L.A. to the next level of recycling and set us as a national leader.

The work doesn’t end if the Board of Public Works votes to approve the Bureau of Sanitation’s recommendations. Beyond the need for the decision to be approved by the L.A. City Council, there will be a lot more work to make sure the ultimate franchise system includes strong requirements. We need to continue to be vigilant to make sure L.A.’s waste industries are operating in a sustainable way.

But the ultimate conclusion from the Bureau’s recommendations is that the new program will shine a light onto an industry that has been shielded for a long time in L.A. The proposed exclusive franchise system will make achieving L.A.’s waste reduction goals much easier because there will be greater transparency and accountability.

I cannot gloss over the fact that there will be those who do not want greater transparency and accountability. Mainly, these interests represent big business groups who will not stop in their efforts to maintain the status quo. These groups will even go so far as to create faux environmental organizations to make it seem like environmentalists support their band aid solution to a big problem. But in the end, we cannot let these parochial interests block progress. The Board of Public Works needs to implement a system that is fair and works for all L.A. residents and businesses, not just those in the private sector who have the resources to bark loudly and complain.

So, what are the next steps? On Monday morning, February 13, 2012, L.A.’s Board of Public Works will hear the recommendations from the Bureau of Sanitation and vote on whether to approve them. If approved, it will head to City Council. Strap in folks, the opponents will likely throw out all the stops, but some policies are worth running through the gauntlet. This is certainly one of them.

Tea’d Off! Why the Baggers’ Grassroots Aren’t Green