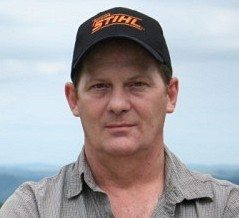 Meet Charles Scott Howard, Job Killer. Mr. Howard, 51, seems an unlikely actor to play this dreaded role – he’s been a Kentucky coal miner for three decades. The rough-hewn Howard has earned the lasting hatred of Big Coal by shutting down mining operations whenever he’s felt his workplace was unsafe. And by speaking to government officials and the media, he has become a figure feared by corporate America – a whistleblower.

For years Howard has documented dangerous conditions in mines — usually subterranean hell holes owned by Arch Coal Inc. For calling attention to escapeways flooded with waist-high water, poorly hung ventilation curtains and worn-out mine seals that separate combustible vapors, Howard has lived an almost seasonal employment cycle of being fired, blackballed and then, thanks to his lawyer’s efforts, reinstated.

“Howard’s career,” wrote Dave Jamieson, in an absorbing Huffington Post profile last September, “has coincided with the decline of unions in mining and other American industries, so he generally has no one but his lawyers behind him when he takes on his employer.”

His career has also coincided with unceasing attacks by big business and its congressional familiars against government agencies. You know, those “bureaucrats” who waste taxpayers’ money protecting the lives of Americans in every sphere of life from flying on airplanes to mining coal. The same Congressmembers who angrily demand the up-armoring of Humvees in Iraq have no problem dismissing calls for the enforcement of existing mine-safety regulations as job killers.

In 2010, Jamieson reported, an unconscious Howard was found inside his mine car. He’d been struck so hard on the head by an unknown (and unwitnessed) force that his hard hat was dented and his false teeth shattered. Nine months later Howard, who suffered traumatic brain injury from his accident, was fired – and informed that his benefits would be terminated. A Labor Department suit has forced the company to temporarily back down, but Arch is still fighting the government case, which will come to court March 13.

In the meantime, Howard’s friends and supporters are trying to get as many hits as possible on a YouTube site that features singer-songwriter Raymond Crooke performing “Big Coal Don’t Like This Man at All,” a song he wrote in tribute to Howard. The miner’s friends ask that concerned readers consider posting messages of support for Howard. It’s the least we can do.