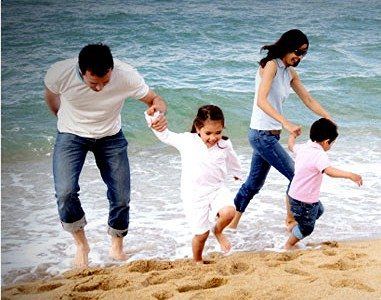 This week the Natural Resources Defense Council (NRDC) released Testing the Waters: A Guide to Water Quality at Vacation Beaches. For some of us, reading the annual report card – or at least hearing its scarier parts summarized on the Six O’clock News – has become a summer ritual, the last piece of broccoli we must swallow before happily heading to our favorite polluted shoreline.

This year’s guide looks at the state of beaches in 2011 and rates them. Among its findings:

We spoke about the report with Noah Garrison, a project attorney specializing in water issues at NRDC’s Santa Monica office.

Frying Pan News: The report says 2011 had the third-highest level of closures and advisory days in the 22 years you’ve been doing this – but last year was also slightly better than 2010. Was 2010 the worst?

Noah Garrison: 2010 was the second-worst year.

Garrison: That’s when it’s posted that there are elevated bacterial levels in the water. There’s a distinction in how the notices are set up and it varies by state. For example, if it rains a certain volume of water, some beaches post them as a matter of course.

FPN: Could potential critics of the report say, ‘Well, the number of advisory days is up because we’ve gotten more strict about the conditions of our beaches?’

Garrison: No – those standards have been relatively consistent.

FPN: Has the economy affected the testing of water quality at beaches?

Garrison: In 2009 there was a significant drop in the number of samples that were taken because of state funding cuts. Some counties and municipalities stopped altogether. We give credit to them if they test and test often.

Garrison: Honestly, Surfrider Beach in Malibu is one of the most polluted beaches in California. And has been for years. More than 50 percent of water samples taken at Surfrider had levels of bacteria that exceeded state standards.

Garrison: Yes, including Doheny Beach in Orange County and Avalon on Catalina Island.

FPN: Are we looking at a continuation of the same good guys and the same bad actors?

Garrison: The issue is that the main, root causes of pollution of our beaches remain storm water runoff and sewage. L.A. County had the state’s highest number of samples – 17 percent – that failed to meet state water quality standards. Orange County was better, with eight percent – which is still relatively unacceptable.