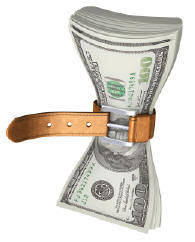 A Mediterranean diet, the New England Journal of Medicine reported Monday, can lengthen one’s lifespan. So inhabitants of southern Europe can look forward to long lives — of anxiety and privation.

Already mired in a depression comparable to that of the 1930s, Spain, Greece and Portugal are going to see things grow worse this year, according to an annual economic forecast released by the European Commission on Friday. Unemployment rates in both Spain and Greece — where a quarter of the populations are unemployed and the share of jobless young people exceeds 50 percent — will rise to 27 percent.

At least the leaders in power in 1930 had an excuse when the economy began to collapse. Then, there was genuine bewilderment among economists and governmental chieftains across the political spectrum about how to induce a recovery. From British Laborite Ramsay MacDonald to the German centrist Heinrich Bruning to American conservative Herbert Hoover, leaders cut spending to bring their budgets into balance.

These austerity policies proved an unmitigated disaster. By reducing government spending while business and consumer spending were tanking, these heads of government constricted all economic activity. In turn, unemployment continued to soar. Frustrated with the inability of mainstream political parties to stop the collapse, voters in some nations turned to extremes — most notably, of course, in Germany.

Unlike their predecessors, today’s leaders have models on how to revive depressed economies. The example of Franklin Roosevelt, whose public investments in jobs and defense turned the U.S. economy around, and the writings of John Maynard Keynes, who demonstrated that the solution to depression is boosting demand, are plain for all to see. Seeing isn’t believing, however, when ideology dims the eye.

Today, in the spirit of the Bourbon kings who reclaimed power in post-Napoleonic France, having learned nothing during their years in exile, many European leaders are repeating the mistakes that their predecessors made in the ’30s: demanding that governments reduce spending even as their private-sector economies limp along. Only this time around, the miracle of the euro has greatly the reduced the autonomy of many continental nations while giving their creditor, Germany, control over their destinies. German Chancellor Angela Merkel is imposing austerity budgets on other nations, even Spain, which had a string of balanced budgets before the 2008 collapse.

The economies of Mediterranean nations, the Merkelites complain, lag behind the productivity rates of their northern European neighbors. But boosting productivity — a goal that everyone embraces — requires more, not less, public investment in worker training, education, new industries and unemployment support. The relationship between austerity and heightened productivity, whose existence Merkel continually proclaims, is real enough — but in Europe’s current economy, the association is inverse.

As in the 1930s, despair about the economic options before them has driven many voters to bizarre extremes. A quarter of Italian voters cast ballots this week for the anti-austerity xenophobic party of a professional comedian. In Spain, a movement for Catalonian separatism is growing. More ominously, in Greece, an avowedly racist, fascist party involved in numerous instances of violence has won a bloc of seats in parliament. You might think Merkel would be cognizant of the links between economic hopelessness and the rise of fascism — but if she is, it hasn’t affected her austerity economics by so much as a pfennig.

The euro zone isn’t the only part of Europe where austerity is turning out to be a disaster. Britain is the one European nation that, since Prime Minister David Cameron’s conservatives came to power in 2010, has deliberately opted for punishing austerity to bring its budget into balance. As a result, the British economy has slowed to a crawl, and its budget remains in the red. Last week, Moody’s stripped Britain of its AAA credit rating. In anti-Keynesian theory, austerity economics are supposed to protect one’s triple-A rating, not endanger it. So much for anti-Keynesian theory.

The United States isn’t immune to Europe’s madness. The sequester slated to begin taking effect Friday is a particularly mindless form of an already stupid policy, poised to inflict a kind of blindfolded austerity at a time when unemployment remains high. Republican opponents of government spending, not to mention tea party activists, like to think of themselves as true-blue Americans while disparaging the Democrats as Euro-socialists. But it’s the Republicans who are embracing Europe’s failed economics while Democrats attempt to adhere to the American success story of the New Deal. Republicans might want to bone up on American history; it contains all kinds of valuable lessons.

State of the Unions