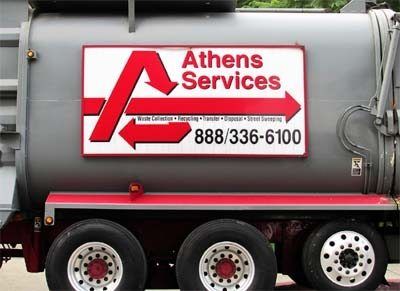 In recent years, we have seen companies from across the spectrum make green claims. Sometimes they are selling the truth, but often they are simply selling snake oil – like the presentation I heard recently by Athens Services pitching a 30-year rolling contract extension to the West Hollywood City Council.

Athens is one of the region’s largest trash and recycling haulers, but it is hardly an environmental leader. The company’s proposal to West Hollywood for what’s known as a single stream method of waste disposal could produce unacceptably high levels of wet and hazardous wastes that contaminate recyclables. The proposal also lacks accountability measures to track where recyclables are actually going. By contrast, San Francisco, with the highest diversion rates in the country at 77 percent, relies on a source-separated exclusive franchise system with high standards to meet its goals.

Not only is Athens proposing an environmentally dubious solution, it is asking the City of West Hollywood for something it’s fighting tooth and nail against in Los Angeles – a long-term exclusive contract.

In a letter to West Hollywood officials, Athens’ Chief Operating Officer, Gary Clifford, stated that by extending the current contract with West Hollywood, they could “create rate stabilization and long term protection of…diversion.” Clifford also said to the WeHo News that “trash is an extraordinarily capital intensive business. As we build new plants to better recycle solid waste…banks want us to be able to show them long-term contracts that enable [them] to give us the loans we need.”

This is the same company that posted an article in February on the Apartment Association of Greater Los Angeles’s website that states:

Such a system [an exclusive franchise] would also take away the convenience, reliability and economies of scale that owners enjoy when they contract with a single company to service multiple properties in different areas of the city.

At Athens Services, we want to continue to offer our Los Angeles customers the best service at the lowest possible rates. We share AAGLA’s view that the best model is a non-exclusive franchise….

If an exclusive franchise system is good for West Hollywood, then why not L.A.?