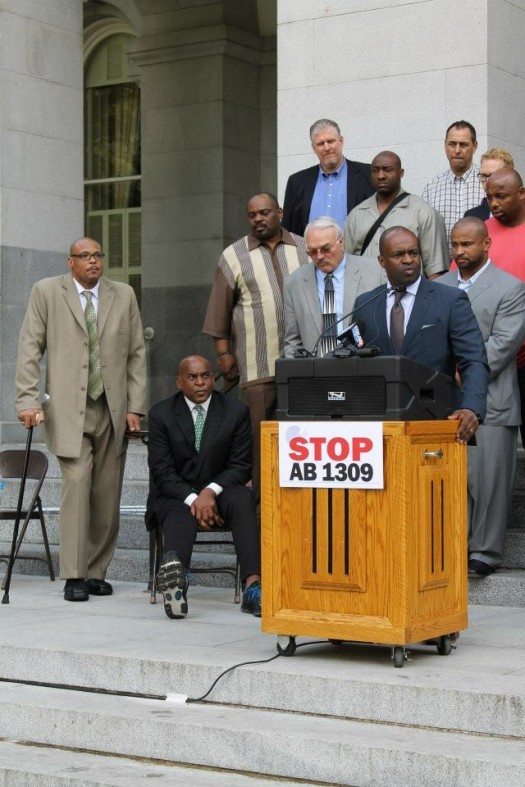 There is no question that the game of football is dangerous. National Football League players get injured on the job – so many that an “injury report” section is ubiquitous in our sports pages. In fact, a study run by the National Institute for Occupational Safety and Health (NIOSH) found that the risk of death associated with neurodegenerative disorders is about three times higher among NFL players than the rest of the population.

NFL athletes are not merely players, they are also employees.

Their employers are now trying to take away their collectively bargained right to workers’ compensation benefits in California. It is not right, and it sets a dangerous precedent.

Assembly Bill 1309 singles out one group of workers, professional athletes, and treats them differently than other employees by denying them the right to file for California Workers’ Compensation benefits.

The owners from all the leagues are deserting their best and brightest by introducing legislation that will prevent qualified players from filing workers’ compensation claims in California that impact the quality of their lives.

Let’s be clear, the cost of workers’ compensation for NFL players is not paid for by the State of California. The cost is paid for out of the dollars generated by the sport. The active players have even agreed in their current Collective Bargaining Agreement that the cost of workers’ compensation benefits for all players, both current and former, is to be charged against their salary cap. The end personal result is lower salaries.

Additionally, not all professional athletes are making million-dollar salaries. There are more low-income minor league players in California, particularly in baseball, hockey and soccer, than major league players.

Let’s say it: Professional sports team owners have a fundamental responsibility to the health and safety of their players.

AB 1309 will further line the pockets of pro sports franchise owners – most of them who live out of the state of California.

Many professional athletes continue to suffer from the effects of injuries long after their playing careers are over, and the workers’ compensation benefits are a lifeline.

AB 1309 also applies a new rule to all “pending” workers compensation cases. This change in application also carries a dangerous precedent that we have not seen before. That’s why every major Labor group in California is opposed to AB 1309, including:

(Rachel Hooper works with the NFL Players Association. Her post first appeared on Labor’s Edge and is republished with permission.)

Related Topics:NFLworkers' compensation
Up Next

All Out May Day for Immigration Reform!