Are 'Opportunity Zone' Tax Breaks Too Good to Be True? 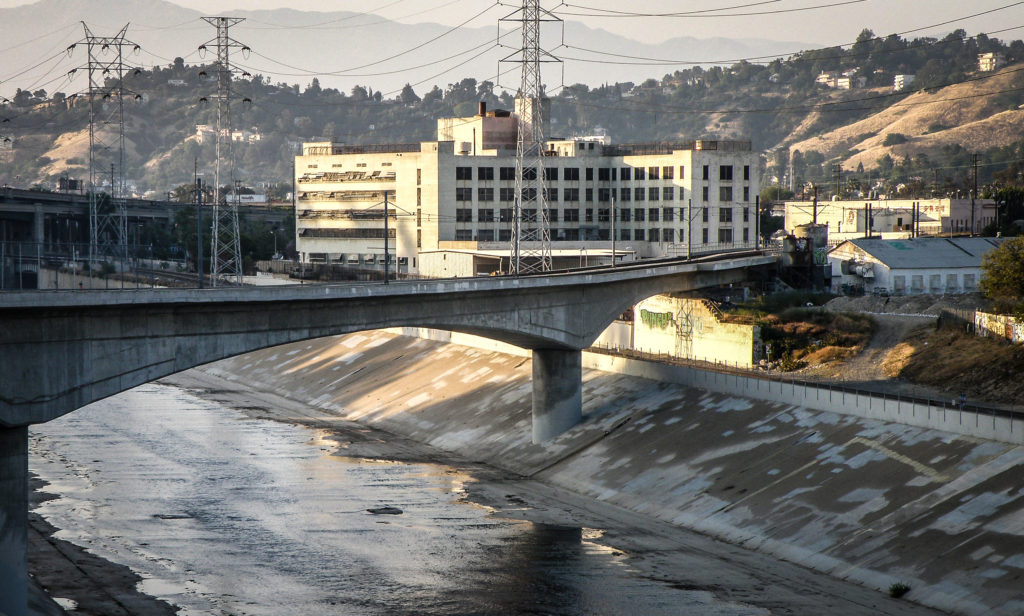 The back of a Lincoln Heights development project, seen from the Los Angeles River. (Photo: Laurie Avocado)

NEW YORK CITY INVESTOR MORRIS PEARL made a tidy $47,000 by selling Facebook stock this year. Then, looking for ways to reinvest his capital gains and diversify his portfolio, he learned about a real estate deal he couldn’t pass up.

What caught his attention was not so much the fundamentals of the mixed-use project near downtown Los Angeles. Rather, it was what he described as the “ridiculous loophole” that would allow him to forgo paying a capital gains tax on his Facebook stock sale for as many as 10 years and avoid paying any taxes on what he earned from the $50,000 in total he planned to invest in the deal.

More than 10 percent of America’s population live in areas designated as opportunity zones.

That “ridiculous loophole” is otherwise known as the opportunity zone program, a part of the federal 2017 Tax Cut and Jobs Act that received bipartisan support because it incentivizes the private sector to invest in high-poverty parts of the country.

Supporters, like U.S. Senator and presidential candidate Cory Booker (D-N.J.) see opportunity zones as a way to attract investment to struggling communities that might otherwise be overlooked. “This is probably the biggest economic development tool that local government leaders have to attract capital and investment into their communities to create jobs and economic opportunity,” Booker said at a discussion hosted by the National Association of Counties last spring.

But critics say the program is merely a warmed-up version of a decades-old program that provides questionable benefits for low-income communities and hastens gentrification, while awarding large tax breaks to the wealthiest among us. Even some supporters are unsatisfied with the law as it currently stands, because it lacks adequate reporting requirements and accountability measures.

Pearl put his money in the redevelopment of land located at the industrial periphery of a reviving downtown Los Angeles. The project’s trajectory thus far highlights how little leverage city officials have to negotiate community benefits from opportunity zone investments. States nominate the zones for designation, with input from local governments, but the funds are managed by private real estate companies.

The $119 million mixed-use project is located at 400 North Avenue 19 on a gritty three-acre vacant, industrial parcel that abuts the concrete-lined Los Angeles River. It is slated to include housing, office and retail space. The developer is Miami-based Fifteen Group, which is partnering with Lincoln Property Company, an international real estate firm based in Dallas.

Jared Kushner is a passive investor and co-founder of Cadre, the firm that is managing the opportunity zone fund for a Los Angeles project.

Selling points include rising rents, rising home values and the expectation that affluent residents will continue to move into the greater downtown area, according to a memo that the New York-based real estate firm Cadre provided to investors. While the project promises to offer rents lower than those found in some of the surrounding neighborhoods, that differential should narrow as “the location becomes more core,” according to the memo. Cadre is expected to inject $57 million in equity into the project, and its investors are expected to yield two-and-half times the after-tax profits they would have gotten from a similar investment not located in an opportunity zone – or an additional $32 million.

Morris Pearl said he was not even aware his investment was supposed to have a social impact. “I don’t think the [tax] law had anything to do with promoting this building other than the fact that it made it more economical,” he said. “I assume that the intended beneficiaries are the real estate development industry.”

The vast majority of the 300 apartment units that are anticipated to be created in one L.A. project will be market rate, according to a spokesperson for Councilman Gil Cedillo.

Among the beneficiaries could be President Trump’s son-in-law. Jared Kushner is a passive investor and co-founder of Cadre, the firm that is managing the opportunity zone fund for the Los Angeles project. The Associated Press reported Kushner’s connection to Cadre in December, as well as the fact that he and spouse Ivanka Trump have been supporters of the opportunity zone program.

ACROSS THE 5 FREEWAY from the 400 North Avenue 19 project is the working-class neighborhood of Lincoln Heights, the city’s oldest suburb and a target for investors looking for the next up-and-coming walkable neighborhood. That has meant eviction notices for some longtime residents, as the Los Angeles Times reported last year.

Lincoln Heights residents facing gentrification pressures will not find much affordable housing over at 400 North Avenue 19, however. The vast majority of the 300 apartment units that are anticipated to be created will be market rate, according to Jay Cortez, a spokesperson for Councilman Gil Cedillo, who represents the area and chairs the city’s housing committee.

Opportunity zones have a long lineage dating back at least to the 1980s, when Margaret Thatcher offered tax breaks and regulatory relief to British businesses.

Average rents at the project are expected to be $2,212, according to the investor memo. That’s more than twice the median rent Lincoln Heights residents pay, according to the most recent census data. Cortez said that about 15 units, or five percent, are expected to be accessible to very-low-income residents. The very-low-income threshold depends on family size, and, in Los Angeles County, applies to families of four earning below $48,450.

“Overall, [that’s] not necessarily the percentage that we seek,” said Cortez, who added that it is difficult to negotiate a higher percentage when “things are privately funded.” Typically, he said, the Council would attempt to negotiate deals in which the developer sets aside 10 to 15 percent of the housing units as very affordable.

Nor will the units be large enough to allow families to double up. They are expected to be less than 700 square feet on average, according to Cadre’s memo to investors.

Nonetheless, Cortez says the project will provide economic benefits to the community, including jobs. “It’s a largely industrial area that’s blighted and they’re looking to really change the landscape and make it more of a hub economically and for residential living,” said Cortez. Cortez, who had spoken to the Fifteen Group in the last month, said he was unaware that the developer was pursuing opportunity zone funds for the 400 North Avenue 19 project.

He adds that the project is a part of a larger complex, the redevelopment of the former Lincoln Heights jail across the street. That project is still undergoing environmental review and will likely be subject to more extensive negotiations with the city council office, according to Cortez. Together, they are expected to comprise the “Lincoln Heights Makers District,” a combination of commercial and manufacturing spaces, retail, office space and live-work housing, as well as an amphitheater with green space, according to a report in 2017 in the Real Deal.

Fifteen Group, which came under fire for evicting artists from lofts in a live-work arts’ colony in the Arts District last year, did not respond to requests for comment.

THE INABILITY OF THE OPPORTUNITY ZONE PROGRAM to guarantee benefits for those it is intended to help has not gone unnoticed. Last month, the Rockefeller Foundation announced the creation of $5.5 million in grants to six cities to help local governments track capital coming into their region through the opportunity zone program and promote community involvement in projects. “While the spirit of the legislation is correct, it lacks the guardrails to ensure investments made in distressed areas directly help to solve some of the historic inequity within communities,” a representative of the foundation wrote in response to questions from Capital & Main.

Opportunity zones have a long lineage dating back at least to the 1980s, when Margaret Thatcher offered tax breaks and regulatory relief to British businesses willing to set up in blighted areas designated as “enterprise zones.” Soon, U.S. states began setting up enterprise zones, and in the 1990s, the Clinton administration’s plans to create federal empowerment zones, a related program, gained steam in the aftermath of the 1992 civil unrest in Los Angeles.

There is weak evidence that enterprise zones foster economic growth and job creation, according to a number of studies including one from the General Accounting Office. That’s because tax incentives—unless they are truly large—are not usually the main influence on a business’s decision to grow or expand.

“In growing places enterprise zones may do little more than reinforce growth trends, but in distressed places they are seldom likely to be large enough to make a huge difference,” University of Iowa researchers Alan Peters and Peter Fisher wrote in their 2002 study on the topic.

Another problem is the type of investment they promote, says Samantha Jacoby, an analyst with the D.C.-based Center on Budget and Policy Priorities. “The incentive isn’t necessarily to invest in things that might have the biggest benefit for low-income communities like affordable housing or health facilities or grocery stores and food deserts. Those aren’t the things that have huge potential to go way up in value,” says Jacoby.

Another issue raised by critics like Jacoby is how to evaluate the benefits of the program. The Internal Revenue Service requires only bare bones reporting on the opportunity zone, she says. Booker and U.S. Senator Tim Scott (R-S.C.), champions of the opportunity zone program, have co-sponsored a bill to strengthen reporting requirements for opportunity zones that were left out when it was hastily added to the Tax Cuts and Jobs Act.

If the benefits to those living in the zones remain uncharted, the tax benefits that opportunity zones provide to investors are clear. Pearl, for example, will be able to defer taxes on his $50,000 in capital gains for years. If his $50,000 remains invested in the opportunity zone for five years, he will get a 10 percent break on the gains; after seven years, the tax break rises to 15 percent.

If he holds his investment in the Los Angeles opportunity zone for at least a decade, he will get a permanent capital gains tax exemption for all of the gains he realizes on that investments through 2047. There are few restrictions on what an opportunity zone fund can invest in. (However, massage parlors and liquor stores are considered “sin businesses” and are off limits to opportunity zone investors.)

It should be said that Pearl is not your ordinary investor. The former BlackRock executive is chairman of the Patriotic Millionaires, a group of self-declared “class traitors” that came together in 2010 to demand an end to the Bush tax cuts for wealthy individuals. Members include Abigail Disney, who made waves earlier this year when she criticized the Walt Disney Company’s pay practices.

Pearl, whose entire income derives from long-term capital gains, puts his tax rate “in the teens,” a situation he tries to remedy with advocacy. Asked how he feels about benefiting from tax breaks for wealthy investors, even as he objects to them, he says, “That’s my whole point. The tax system is unfair in favor of people in my situation.”

Referrals of Students to Police Are Still a Problem at L.A. Schools