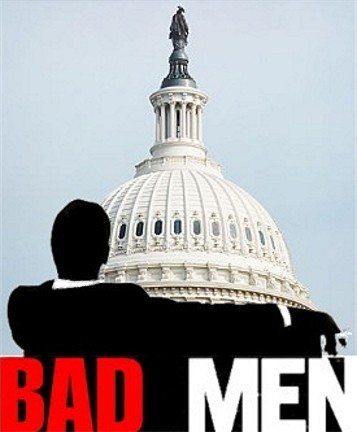 Three weeks ago March Madness in Washington gave way to April Apoplexy, a time when conservatives put aside the boring tasks of creating jobs, loosening credit and saving people’s homes in order to follow their true passion – kicking the ladder away from Americans who are trying to climb up to better lives. And what easier way to do this than to gut the work of the National Labor Relations Board (NLRB), an agency that has become a favorite chew toy of Congressional right-wingers?

Remember the doomsday predictions made by the U.S. Chamber of Commerce and others when the NLRB insisted that businesses put up the board’s tiny poster advising employees of their rights? That teapot tempest is now clogging up the federal courts, thanks to the chamber, but such mischief is nothing compared to what the chamber’s caddies in Congress have been up to.

Today there are two anti-NLRB bills up for debate. One, HR 4385, pretends to be all concerned that the NLRB is preventing unionized workers from getting the money they deserve through individual raises, bonuses and other avenues not provided for in their contracts. The bill, co-sponsored by Todd Rokita (R-IN) and others, is facetiously called the Rewarding Achievement and Incentivizing Successful Employees (RAISE) Act. You can gauge just how urgently this bill is needed by asking yourself when was the last time you even got a Christmas bonus, let alone a raise on the down-low.

In the greater scheme of things HR 4385 means very little — it has no chance of advancing beyond the padded cell that is the 112th House of Representatives. More serious is Senate Joint Resolution 36, which would undo an NLRB decision, made last December, to roughly cut in half the time workers must wait to vote on joining a union. Senator Harry Reid (D-NV) has set aside four hours of debate on the measure this week.

One of the resolution’s sponsors, the politically Jurassic Senator John Thune (R-SD), claims the NLRB’s  decision to cut through red tape would result in “ambush elections” – an odd turn of phrase that suggests democracy is a terrible event that strikes without warning. Thune also complained that the agency has become “increasingly politicized.” On this last point the Senator is 100 percent correct – except that the NLRB has been politicized by Thune’s fellow conservatives, who have done everything they can to sabotage its important work, both from the outside and within: Only last month board member Terence Flynn was unmasked as a mole who, while supposedly serving the NLRB as a chief counsel, was in fact supplying its sensitive data to anti-union lobbyist and Mitt Romney adviser Peter Schaumber.

The AFL-CIO, of course, has not been amused by SJ Resolution 36 and has issued a call to action to pressure senators to oppose it. But even if their resolution is defeated, the Chamber of Commerce, Thune and his fellow ladder-kickers will have won something of a dark victory by moving political discourse that much further from the center to the far-right fringe – and by forcing the labor movement to burn up resources fighting another defensive battle. Today unions are feeling ambushed, but not by democracy.