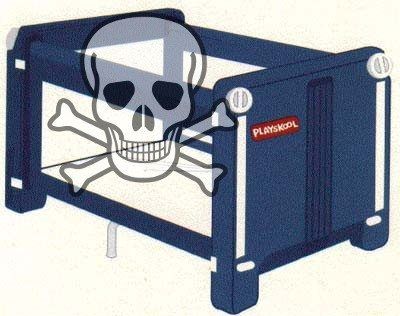 On May 12, 1998, Danny Keysar, a 16-and-one-half-months-old toddler, was strangled at his licensed childcare facility in a Chicago neighborhood. Danny was killed by a defective children’s product where he napped in the afternoons at the childcare home. The product was a mesh portable crib, or play yard — the Playskool Travel-Lite.

Before this law was passed, the industry that manufactures these items was allowed to rely on industry-set and -monitored voluntary standards. This wasn’t good enough.

The act also banned a family of chemicals known as phthalates, which are widely found in plastic toys and have been linked to reproductive disorders and other health problems.

And it dramatically reduced the amount of lead allowed in children’s toys after millions of toys were found to be coated in toxic levels of lead paint. Products that don’t meet the standards will be banned.

The law also created the nation’s first online database, SaferProducts.gov, where consumers can post safety complaints about products and the rest of us can search for reports on products before we buy. It’s a public, not private, database that serves a function we all want – to ensure the products we buy for our children and ourselves are safe before we buy. It’s an incredibly cool and useful government service. Try a search here.

The 2008 law updates the 1972 Consumer Product Safety Act that created the Consumer Product Safety Commission and gave it authority to set safety standards, ban dangerous products and force recalls of unsafe products. Industry battled the law first proposed by President Lyndon Johnson in 1968, but only passed after a 1970 report by a bipartisan commission found that 20 million people were injured each year by unsafe products. The Chamber of Commerce said in 1971 that the proposed law was “patently dangerous to our competitive system.”

Arch Booth, president of the Chamber in the early 1970s, claimed that business didn’t need government to make its products safe. “There are bureaucrats in Washington who believe their judgment is superior to yours, as a consumer,” he said. “So they want to ‘protect’ you by insuring that the only choices open to you are those meeting with their approval. They are really a warmhearted bunch. Just a little conceited, that’s all.”

Business kept up its attacks after the act became law; industry used its influence in Congress and lobbied presidents Carter and Reagan to replace mandatory standards with industry-set voluntary standards, weakening the authority of the commission and stripping it of the resources it needed to do its job.   Consumer advocates like the Consumer Federation of America, Public Citizen and U.S. Public Interest Research Group never gave up, however – making public the steady flow of disasters and accidents in our homes, the threats to our children’s safety and the need for laws with teeth.

The next time the Chamber of Commerce talks about so-called “job killing” regulations, ask them about the thousands of infants and children who were injured or killed in their cribs by nursery products since Danny Keysar’s tragic death.

(This post first appeared on the Cry Wolf Project site and is reposted with the author’s permission.)