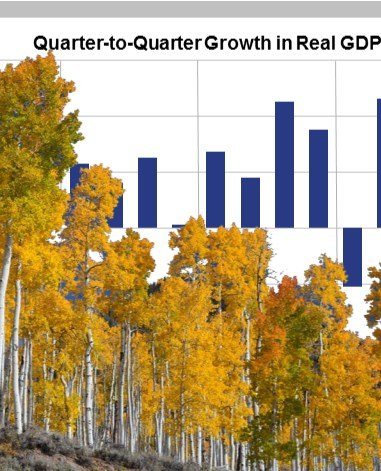 Every year, every quarter, every month, the conventional economists either praise the increase in Gross Domestic Product (GDP) or anxiously wring their hands because the economy has not expanded enough. Expansion requires two key elements: a constant search for the lowest possible wages and an unending supply of raw materials – particularly fossil fuels, but also fertile soil and fresh water, and sometimes, creatures who live on the earth and in the seas.

While there are still places on the planet where people will take any job they can get, the ability to extract more energy resources gets riskier, and the environment’s capacity to absorb more waste is fast approaching zero. Reaching the outer limits of expansion threatens all of life on the planet. That reality is why many people are now calling for an “ecological civilization” as an alternative to more exploitation and extraction, one that offers another pathway for human civilization to take.

The term itself may have been coined in China, where people think it is consistent with the teachings of Confucius. It has roots in the West as well, particularly in the work of Alfred North Whitehead, a British philosopher and mathematician who taught in this country. The idea depends on some of his richer veins of thought, among them, that all entities live in relation to all others. He meant that parts of life do not exist separately but continually interact and entwine with everything else. (Eco-civ is a major project of the current leadership of China, where some 18 universities teach Whitehead’s theories.)

From this base, theologian John Cobb and economist Herman Daly have pushed for an inter-related view of our economic and social life.

Unfortunately, economic growth remains the only measurement this country – and much of the developed world – use to determine our well-being as a species. What we measure includes too little of what makes life healthy, even possible. Herman Daly defines five types of capital:

Of those five, we only count two, Daly says. We focus on financial capital and pay some attention to built capital. The problem, he says, is that it is human, social and natural capitals that provide healthy well-being. But we don’t measure those. We exclude them from our narrow focus on economics.

A measuring tool for an ecological civilization would quantify all five forms of Daly’s capital. So the system would balance economics (the ruling metaphor of our time) with the other human capacities for survival. It would use a “steady-state” process rather than a growth-oriented system. What goes in must come out, and go in again. Recycling points to a direction, but we need it on a massive, macro scale that yields an earth and civilization that are self-sufficient and self-sustaining. It would also ground our fundamental assumption about life in the relationships between all entities – humans, animals, plants and the eco-system it takes to support those.

Across the planet and across this country, people have been experimenting with this notion of how to do eco-civ. In 1972, the Himalayan country of Bhutan introduced the “Gross National Happiness” (GNH) measure as an alternative to the GDP. The GNH is meant to be a more inclusive scale that considers the overall health and happiness of a populace. Bill McKibben, one of the founders of 350.org, wrote a piece in a recent New Yorker pointing to Green Mountain Power as one way to go. The company supplies energy to users across the state of Vermont. It stepped away from the conventional economics of giant utilities to save energy and decrease prices for consumers.

The Mondragon Corporation in the Basque region of Spain is the world’s largest group of worker-owned co-operatives. It now includes 275 different co-ops employing 74,000 people. And if you think such things are too small to do the job, remember that Mondragon co-ops played a major role in constructing Frank Gehry’s Guggenheim Museum in Bilbao. We humans know how to do this!

A metaphor for this sort of society that I find compelling is the Pando forest – a more than one hundred acre stand of quaking aspens in south central Utah. On the ground it looks like a grove of separate trees, but below the surface, this forest of individuals is an intertwining root network, one massive relational system that draws nutrients necessary for each tree to flourish. It is one of the the oldest and largest living organisms on the planet. What if we created a way for people to live like that with the earth?