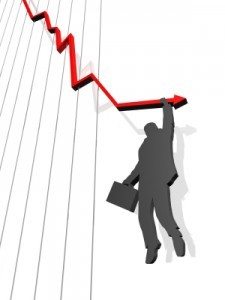 The biggest economic debate is between Keynesians (who want more government spending and lower interest rates in order to fuel demand) and supply-side “austerics” (who want lower taxes on the wealthy and on corporations to boost incentives to hire and invest, and who see government deficits crowding out private investment).

But both approaches have problems.

George W. Bush tried supply-side tax cuts but nothing trickled down. Jobs and wages declined. And austerity economics has been a disaster for Europe.

Unfortunately the U.S. is now adopting supply-side austerics by making the Bush tax cuts permanent for 98 percent of taxpayers, hiking Social Security taxes back up, and implementing the sequester.

I’m on the Keynesian side. Yet the biggest weakness of modern Keynesian economics is it doesn’t have a clear answer for how much spending is necessary in an economy, like ours, in which wages keep dropping and government debt keeps growing. Simply arguing “more” won’t cut it.

John Maynard Keynes urged that governments “prime the pump” to stimulate demand but pump priming has limited effect if the well is running dry.

Both sides of the modern debate have neglected the scourge of widening inequality.

We’re now witnessing what happens when all of the economic gains go to the top, and the rest of the population doesn’t have enough purchasing power to keep the economy going.

Four years into a so-called recovery and we’re still below recession levels in every important respect except the stock market. A measly 88,000 jobs were created in March, and total employment remains some three million below its pre-recession level. Labor-force participation is its lowest since 1979.

Businesses won’t hire and expand unless they have more customers, but most Americans can’t spend more. Last Friday’s retail sales report showed sales down .4 percent in March. Consumer sentiment has fallen to its lowest level in nine months.

The underlying problem is the vast middle class is running out of money. They can’t borrow more — and shouldn’t, given what happened after the last borrowing binge.

Widening inequality is not inevitable. If we wanted to reverse it and restore middle-class prosperity, we could.

We could raise the minimum wage to half the average wage.

We could increase public investment in education, including early-childhood.

We could eliminate college loans and allow all students to repay the cost of their higher education with a 10 percent surcharge on the first 10 years of income from full-time employment.

We could expand the Earned Income Tax Credit.

And we could pay for all this by adding additional tax brackets at the top and increasing the top marginal tax rate to what it was before 1981 – at least 70 percent.

But none of this will happen until the public understands why widening inequality is so damaging. Even the rich would do better with a smaller share of a rapidly-growing economy than a large share of one that’s barely growing at all.

Our political leaders in Washington have for now chosen supply-side austerity economics over Keynesian economics. That’s bad enough. Their inability or unwillingness to do much of anything about widening inequality will prove a larger problem.