ALEC, a secretive rightwing bill mill that gets its funding from the Koch Brothers and global multibillion dollar corporations, has been described as a legislative dating service that arranges hookups between mostly Republican state lawmakers and corporate lobbyists.

The actual “dates” occur at meetings like those unfolding in San Diego — a council spokesperson said 1,300 conferees were in attendance — and take place behind locked doors, where the two groups hammer out the “model bills” that ALEC-member legislators then take home and introduce in their respective statehouses. 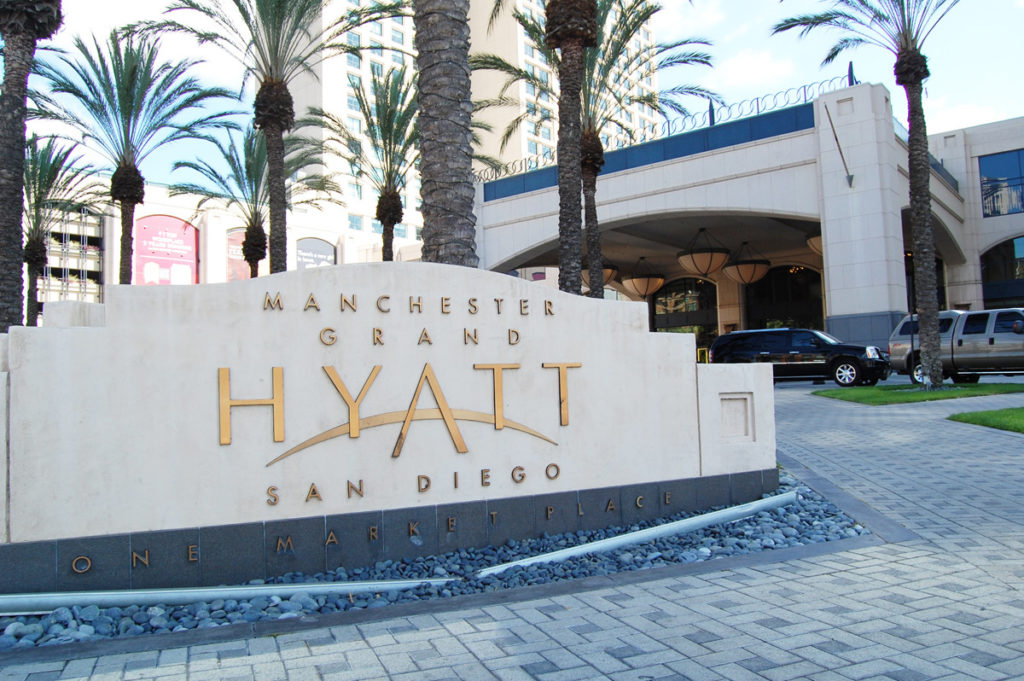 The real work of drafting this year’s legislative agenda was mostly completed at ALEC’s May meeting in Savannah, Georgia. San Diego’s get-together is mostly a rubberstamping affair that presumably focuses more on implementation.

Lin recently joined attorneys from 14 other states in federal court in an attempt to invalidate the Environmental Protection Agency’s proposed Clean Power Plan rule. That plan would require states to limit carbon emissions from the utility sector — currently the source of more than 30 percent of the U.S.’s carbon emissions.

Lin denounced this “federal takeover of states’ energy economies,” which he termed “Orwellian.”

“This isn’t something you’d expect, I think, from an environmental regulator,” he quipped. “Rather, I think it might be something that you would see from a central planning authority.” The room burst into applause.