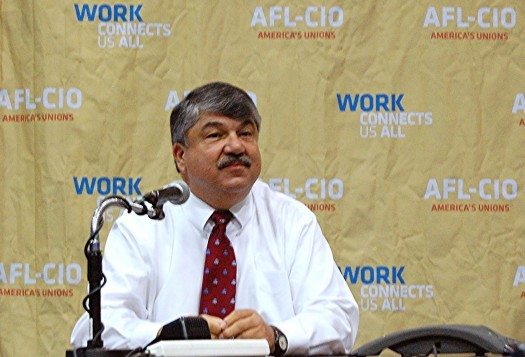 Massachusetts Senator Elizabeth Warren opened the AFL-CIO’s quadrennial convention in Los Angeles yesterday with a stirring tribute to the legacy of organized labor and a call to arms for the country’s progressive cause.

Speaking before about 5,000 cheering delegates at the L.A. Convention Center, Warren rolled out a list of issues near to labor’s heart. These included a raise in the minimum wage, tougher policing of Wall Street and government investment in infrastructure, jobs and education. She also called for transparency in the Obama administration’s ongoing secret negotiations of the Trans-Pacific Partnership (TPP) trade agreement.

She reserved some of her harshest words for what she called “the increasing corporate capture of the federal courts” and charged that Supreme Court Justices Alito and Roberts topped the list of the most pro-corporate and anti-consumer justices of the past 50 years.

The remarks were in sync with those of AFL-CIO President Richard Trumka, who earlier in the day emphasized the convention’s twin themes of inclusiveness and bridge-building with political allies to effect political change.

Defending the AFL-CIO’s efforts to influence national policy under his leadership, Trumka cited the need to give workers a voice in the workplace, in the economy and in American politics if they are to succeed in “creating an environment where we join together with our progressive friends to create an economy that doesn’t just work for the top one percent but works for all workers.”

Trumka admitted to past tactical errors that stemmed from a tendency to impose agendas on allies instead of seeking a consensus with such groups as the Sierra Club, the NAACP and the National Council of La Raza – all of which had representatives in the convention hall. He said that the country was “in a crisis right now. And none of us are big enough to change that crisis. None of us are big enough to change the economy and make it work for everybody. It takes all progressive voices working together.”

He agreed with Warren that one of the major obstacles to making that change was the current Supreme Court, which he called “the best champion of corporate America.” Alluding to the court’s 2010 Citizens United decision and calling the country’s political system “polluted with money,” Trumka declared that “money doesn’t equal free speech” and vowed to put the AFL-CIO’s weight behind the effort to rectify Citizens United, even if “it may take a constitutional amendment.” 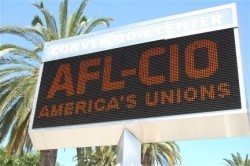 On the TPP talks, Trumka raised the legacy of 1994’s North American Free Trade Agreement (NAFTA) and the promises made by the Clinton administration to win its passage — “none of which came to fruition” — and vowed that this time around the AFL-CIO would bring people to the polls to “do what we have to do to defeat another bad trade agreement.”

Trumka decried both of the recent bankruptcy court rulings that allowed the Patriot Coal Company and the city of Detroit to cut pensions and benefits to its workers.

“The bankruptcy laws in this country are broken,” Trumka declared. “They are stacked against workers. They are being used in a way that no one ever intended them to be used. And we intend to go after those bankruptcy laws … at the state level and at the federal level.”

Related Topics:AFL-CIORichard Trumka
Up Next

Saying ‘No’ to Walmart’s Inhuman Resources