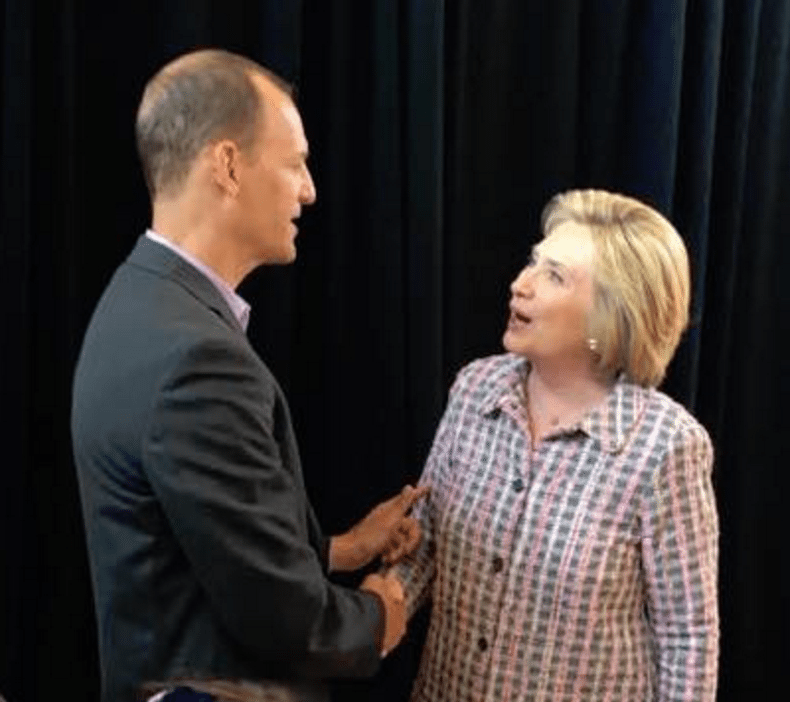 Kevin McCarty (D-Sacramento), a lanky and energetic assemblyman, inhabits a cramped windowless office in the state capital. He is a freshman after all, low on the seniority list when it comes to choice offices. But as the June 15th deadline for a California budget approaches, McCarty finds himself a power broker in a fight over billions of dollars of funding for the University of California. A game-changing proposal McCarty is backing even spilled out to the presidential race after presumptive nominee Hillary Clinton embraced it.

McCarty is the chairman of the Assembly Budget Subcommittee on Education Finance.

That’s not a very flashy sounding position, but McCarty is making the most of it. Earlier this spring McCarty took on UC Davis Chancellor Linda Katehi, siding with students who occupied an administration building and called on Katehi to be fired or resign.

At the outset, the controversy was about Katehi’s judgement in accepting positions on the boards of Devry University, a chain of for-profit schools under investigation by the U.S Justice Department, and textbook publisher John Wiley and Sons. The chancellor received hundreds of thousands of dollars in additional income from her board appointments.

Initially, UC President Janet Napolitano acknowledged that the chancellor had made mistakes, but she said none were so grievous that they warranted the respected Greek-born engineer’s removal as chancellor.

Support for Katehi unraveled when details emerged about $175,000 in contracts she approved partly to scrub from the internet references to a 2011 pepper spraying incident of students by UC Davis police. Napolitano suspended Katehi in late April. Few suspect that she will be reinstated.

The controversy has hurt UC’s image and and caused many to question whether one of California’s most venerable institutions has a values crisis. As Los Angeles Times columnist Michael Hiltzik wrote last weekend, “universities are getting cozier with businesses and industrialists, and less discerning about the pitfalls of these relationships, which include accepting donations with strings attached.”

With the budget, McCarty is taking aim at a bolder and more systemic change. That effort comes in the form of AB 1711. The legislation calls for the approval of a modest increase in funding proposed by Governor Jerry Brown of $20.2 million, bringing UC’s overall budget to $26 billion.

But there is a big string attached.

The rise of students in the system not hailing from the golden state is intentional. Out-of-state students pay nearly three times more in tuition. Those tuition dollars were supposed to boost funding for in-state students. But a scathing state audit released in March found that in too many cases, the additional money is going for opaque and bloated administrative costs, while space for instate students is shrinking. University of California Campuses and Labs.

The audit also found that in a ten-year period UC had a lower standard for out-of-state students. According to the audit, an estimated 4,500 Californians were rejected in favor of out-of-state students whose scores were worse or the same as the California students they displaced. “Over the past several years, the university has failed to put the needs of residents first,” the report concluded.

“The ticket to the middle class and a good paying job now is a college degree,” McCarty said. “And a UC degree based on those degrees are some of the best paying jobs around. More importantly report after report says that California needs to produce way more graduates than we are doing today.” McCarty points to one report by the Public Policy Institute of California, which found that the state will have a shortage of a million college graduates in 2025, unless access to college is increased.

Napolitano and UC vehemently opposes McCarty’s proposal. A UC spokesperson underscored a growing schism in Sacramento between legislators and the UC administration, telling Capital & Main, “we are concerned the approach of the bill will have the exact opposite effect of what is intended–the enrollment of more Californians.”

What’s remarkable is how little sway UC’s perspective is having. Last week AB 1711 passed the Assembly 78-2. McCarty says there is also concurrent language which is being negotiated as part of the budget.

McCarty says the reason mandating more slots for instate students is such a popular position is because his colleagues are tired of hearing from constituents about how their kid didn’t get into a good school even when they had a 4.0 and stellar SAT scores. “I get Facebook messages, I talk to people at the grocery store, at the soccer field, saying ‘right on!’ People are just astounded that we are rationing access for Californians while we have quadrupled access for people with a big pocketbook. There is a collective outrage.”

Part of that collective outrage is misdirected says Mark Paul, a historian whose book California Crack Up chronicles the boom and bust cycles of California budget cycles and the legacy of Proposition 13. “If you starve a man at home, how can you object if he seeks a meal elsewhere? Over the last two decades, state leaders and voters have made K-12 education, health care, public employee pensions, and tax cuts higher priorities than supporting UC.”

BROWN REPORTEDLY CALLS FOR A LID

Of course the biggest player in budget negotiations is Governor Jerry Brown. McCarty says he has spoken to Brown and that the governor supports the concept of rolling back the number out-of-state students who are accepted to UC. “The devil is in the details of how we are going to do it, but the governor told me he supports some type of cap on this policy, that it’s gotten out of hand. He used the word lid.”

Last week McCarty’s bill got an unexpected boost from democratic frontrunner Hillary Clinton, as she sought votes to put her over the top in California’s primary.

The race to be be the Democratic nominee has been infused with lofty rhetoric about addressing the high cost of college. During his stump speeches, Bernie Sanders’ lines about making public higher education free have been met with rousing applause. While not veering that far left, Hillary Clinton has also called for reducing the cost of university and making community college free.

During a meet and greet between Clinton and community leaders at a Mexican restaurant in Perris, California, McCarty’s bill came up. “I have to say, I approve of that,” Clinton said, adding “we have got to get back to using public colleges and university for that they were intended. If it is in California, for the children in California. If it is in New York, for the children in New York.”

At a rally at a community college in Sacramento on Monday, McCarty met with Clinton before helping introduce her on stage. “I told her thank you for standing up for my legislation, which says the focus should be UC for Californians. And she said ‘absolutely, but we need to fund them too.’”

Joe Rubin is an Emmy award winning investigative journalist. He has traveled the world, reporting for PBS Frontline/World, Al Jazeera, ABC’s Nightline, and NPR. Based in Sacramento, these days Joe reports on complex topics with global significance and relevance to people across California.

Homework Inequality: The Value of Having a Parent Around After School