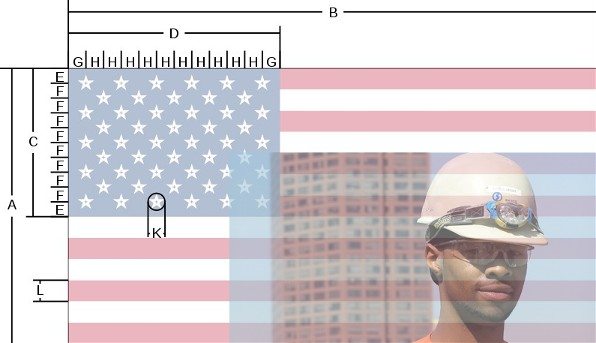 America is not used to playing catch-up, not since World War II. We’ve built a massive, unparalleled economy through an always-evolving blend of entrepreneurship, public and private investment, and innovation.

We still lead the rest of the world, but we’ve slowed. Stumbled. Meanwhile our competitors are picking up speed – particularly in key sectors that promise long-term growth.

President Obama is presenting his [third] State of the Union address tonight, at the outset of a year that will culminate with a fiercely contested battle for his position. It may be the President’s last opportunity to establish the agenda that America needs in order to be competitive over the long term – while putting people to work immediately.

It is a moment for boldness – a time at which the President can outline a plan of action that shifts America’s focus to the future, a time during which America can regain its speed.

Our organization, Green For All, is committed to building a green economy robust enough to lift everyone out of poverty. The need for this has rarely been greater; low income communities and communities of color are seeing rates of unemployment exponentially higher than the rest of the country. Nearly one-in-five African-American men are unemployed – this alarming trend has barely budged for several years. It’s a crisis, but an addressable one.

One way to put people back to work now is to seize the obvious opportunity in front of us. Shifts in energy production and consumption, in resource use and re-use, provide massive economic opportunities. And so, we respectfully submit to the President the following course of action – it provides the best short and long-term strategy to maintain American economic leadership.

Bringing a small company or industry to scale yields many more jobs – and profits – than making a huge company a little bigger. Silicon Valley funders don’t invest in IBM, they look for the next IBM.

America should do the same. The political firestorm around the Keystone pipeline, a project that would have yielded several hundred short-term jobs was manufactured by Big Oil and their political allies – it has been amazing to watch. For much less potential environmental damage, we could put thousands to work in industries that are conditioned on the long-term.

Consider the cost of producing energy from renewable sources will soon drop below the cost of producing energy from fossil fuels. In part, that’s because the renewable sector is predicated on innovation while fossil fuels are predicated on extraction. Extraction will necessarily yield cost increases as it becomes harder; innovation on the other hand will continue to yield price drops. Investing in Keystone is simply an attempt to keep the costs of extraction artificially low and prop up an industry from another era.

There is similar opportunity in systems that reduce pollution from the old fossil fuel economy. The EPA’s new rules aimed at reducing mercury and other particulate pollution from power plants will lead to investments that will create companies and jobs while saving lives, lowering asthma rates and saving billions of dollars in healthcare costs annually.

We can’t remain where we are through sheer momentum. We need new strategies in new sectors – and we need to invest in them.

Attacking Solyndra has proven to be smart politics for those who hope to see the President lose in November, but it has no connection to smart economics.

The Department of Energy has seen a remarkably high earnings-to-loss ratio in the investments it has made, including Solyndra. American entrepreneurship necessitates winners and losers. Investment is the bet that your gains will offset your losses. In that regard, the DOE has been a very shrewd investor.

We know, too, that other countries invest at a much deeper and robust rate than the United States. One of Solyndra’s challenges was that Chinese government investment in solar has made it difficult for American firms to compete on cost. Meanwhile, Germany recently determined that it was giving too much to renewable firms – so much so that they have passed the United States as the second-biggest supplier of solar panels. We’re nowhere near being able to make a similar decision.

3. Make direct investments in infrastructure – with an eye toward the future

Late last year, we released another report highlighting how infrastructure investments can put Americans back to work now, Water Works. By investing in upgrades to our nation’s water system, we can put nearly 1.9 million people to work and generate $250 billion for the economy.

The President has repeatedly indicated a willingness to make similar infrastructural investments. So what’s the delay? Let’s push forward on building the infrastructure we’ll want to see in the year 2100. That means cleaner water infrastructure, revamped energy plants, and greener transit systems.

Again – the investment in innovative companies is important, but that should not be our only plan. We also must commit to building the infrastructure we can expect America to need in a century’s time. Our country and our economic future is depending on infrastructure built half a century ago or more – that will not work.

4. Use the full power of the executive branch

Of course, the President doesn’t control the purse strings, and it seems unlikely that those who do will work with him any time soon.

But President Obama has proven adept at exercising executive authority to make progress. It’s vital that the private sector work with him to figure out other creative ways in which that can happen.

There’s no finish line in international economics. There’s no time for the hare to take a nap. First place is always contested and being the leader in any given sector bears real benefit to the population: more jobs, more GDP. We still enjoy the benefits of having been the country that developed the technology and information systems underlying the Internet. Now, we need to commit to a plan that will keep America first.

The plan above will take political courage – and a vast amount of political support. But it is demonstrably the case that it offers an immediate and long term boost to American economic prospects, a boost that we can no longer put off simply so that entrenched, enriched interests continue to profit, while the rest of us suffer.

Let the President and your member of Congress know that you support this plan. Click here to take action.

Phaedra Ellis-Lamkins is the chief executive officer of Green For All,  one of the country’s leading advocates for a clean-energy economy.

Is Walmart's March into Cities Helping or Hurting?

After Redevelopment: Creating Real Investment in Our Cities