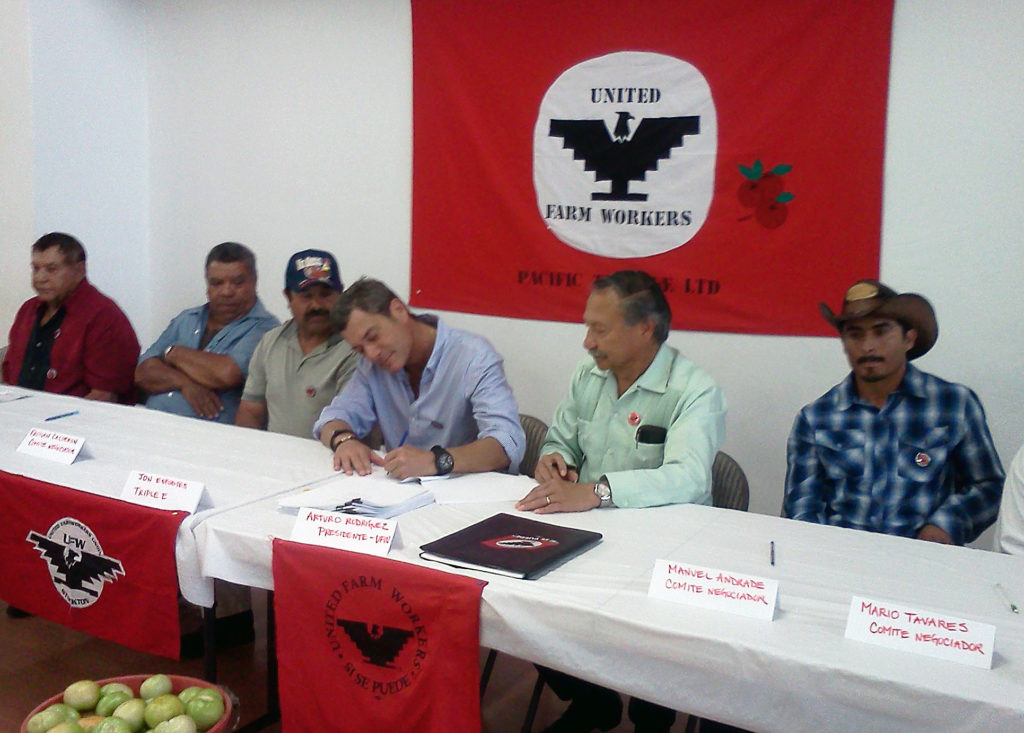 Anyone involved in the United Farm Workers campaigns of the 1960s and ’70s will tell you how critical those efforts were – not only to the well-being of farmworkers, but to the participant’s identity and the development of his or her views on labor and the world.

Many activists, like myself, were not vineyard or orchid pickers, but merely college students who helped organize local boycotts and picket lines far from the state’s embattled valleys. Yet even we sometimes glimpsed first-hand the epic human struggles that were transforming California’s agriculture, as I did during a brief summer stint in the 1973 grape strike outside Fresno.

To this day sense impressions remain vivid: The stifling 104-degree heat of the picket lines; the revivifying cold of the Kings River at night; the sweet sound of Superior Court Judge Peckinpah (Wild Bunch director Sam’s brother) ordering the release of thousands of farm workers from jail after they’d been arrested for protesting; and, sadly, the chill of waking one dawn to learn about the death of Juan de la Cruz, the second California farm worker to be killed that week.

The UFW cherishes its historical record and now has unveiled a Web site where participants from past struggles are invited to share their experiences. Writing about the site, the union’s Web director, Jocelyn Sherman, notes that Tell Us What You Did With the UFW — launched to mark the union’s 50th anniversary — isn’t merely asking for accounts of the union’s big turning points.

“Your story,” Sherman writes, “doesn’t have to be about a momentous event. It can be an account of the countless everyday acts of support and selflessness that allowed the UFW to succeed.”

In a time when battles over history books have become just as contentious as the organizing wars of 40 and 50 years ago, it’s good to see that people’s eyewitness memories still count for something.

Cash of the Titans: Life After Citizens United Ruling

Calif. Unions Push for Jobs, Push Back on Pensions