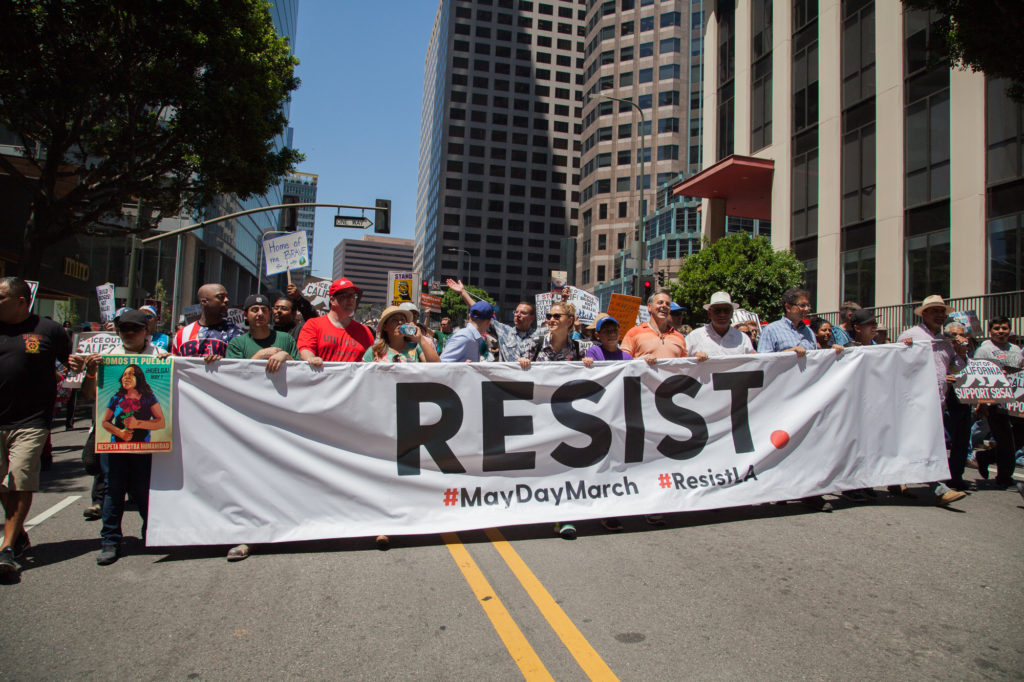 It’s a small book that can fit into your pocket or purse, and you can read its 126 pages in under an hour. A perfect size for a guidebook that you can pull out on a moment’s notice.

Notably, this book, On Tyranny: Twenty Lessons from the Twentieth Century by Timothy Snyder, a professor of history at Yale, is about the rise of totalitarianism and what ordinary people can do to stand in its way.

Few of us are old enough to remember how a dictator rose to power in democratic Germany or how Soviet repression effectively, and brutally, eliminated all opposition voices. As a public service, Professor Snyder describes, in very understandable terms, and through historic examples, how democratic institutions can be dismantled and how people can become complicit in the process.

As an expert on Central and Eastern European history, Snyder is able to identify the large and small ways that demagoguery infiltrates societies and, more important, isolates the specific things that we can do to resist its force. The book’s second lesson, “Defend Institutions,” suggests we each pick an institution that we feel is important in our democratic society, “a court, a newspaper, a law, a labor union – and take its side.” Institutions provide a bulwark against one-man rule and, Snyder implies, are not as able to defend themselves against attack as we may think. It’s all too easy to read current headlines and see this process at work right now with attacks on the Environmental Protection Agency (EPA), public schools, judges and courts, and the news media.

Lesson Five, “Remember Professional Ethics,” urges that teachers, doctors, lawyers, researchers, scientists, businesspeople, etc., adhere to the ethics that undergird their professions to avoid becoming facilitators of authoritarianism and anti-democratic policies. We’ve seen recently the critical role that some civil servants have played in releasing information about the chaos within government bureaucracies, often risking their jobs.

Each of Snyder’s suggestions is presented as doable, compelling and sensible.  And while it’s alarming to read a compendium of abuses that totalitarian leaders rely upon to stifle dissent and take control, it’s heartening to realize that the power is really in the hands of the people – so long as we are brave enough to use it. Dictators look to us for acquiescence. If they don’t see it, their agenda is subverted. If they do see it, they are emboldened.

While the book is imbued with a sense of optimism about the power of ordinary people, it does acknowledge that popular resistance to totalitarianism can be dangerous. Snyder cautions readers to make sure that one’s passport be kept updated — as well as those of immediate family members and close friends. And he emphasizes that resistance takes courage.

Published this year, On Tyranny is currently Number Six on the New York Times Best Seller list for paperback nonfiction. I bought five copies with the intention of giving them to young activists with the request to read and pass them on. Maybe I should have bought more.