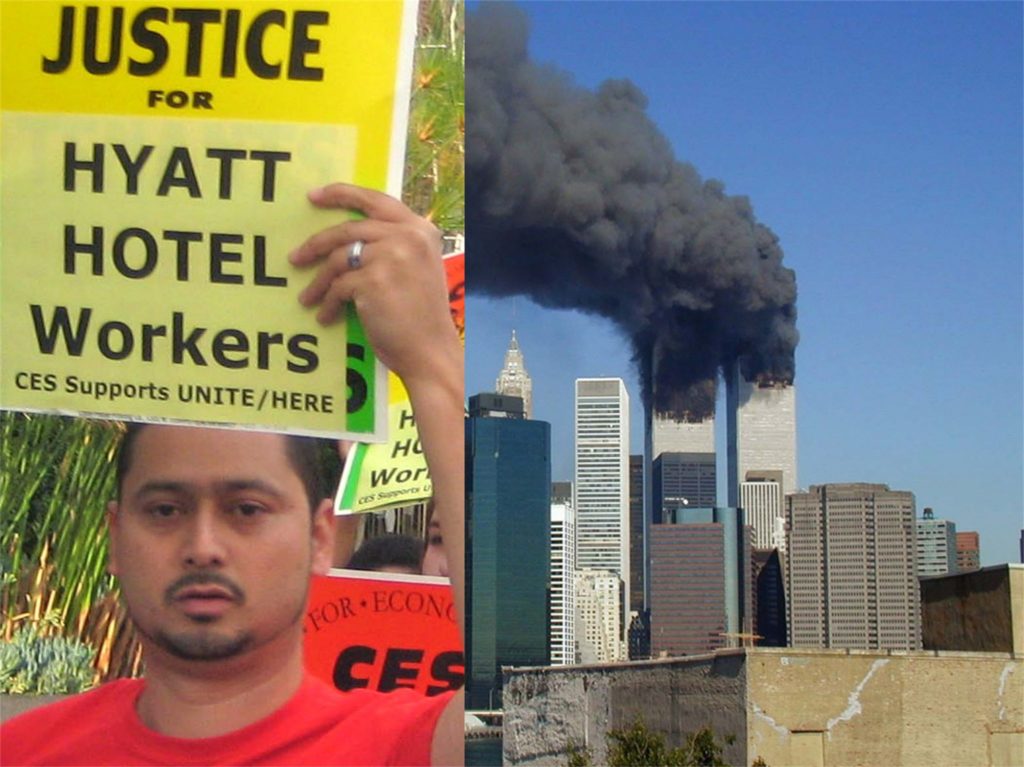 When I woke up this September 11 I turned on MSNBC. It was replaying the news coverage that took place that day 10 years before. I found myself glued to the TV once again. I felt sad not only for the innocent lives lost in 2001 but also for what followed. The wars, the death of innocent civilians, the torture and the greed for oil sent our country down a very ugly path. We have been trying to find our way back ever since. Today we have to live with the impact of 9/11, but we also have to deal with the impact of reckless financial practices fueled by greed that has resulted in the Great Recession.

Most would agree that our country will never be the same as a result of what happened on 9/11.  Yet it can also be argued that the current recession will equally alter “the American way of life” forever. I see people working harder than ever and they are still struggling to survive. What happened to the ethos that promised that if you work hard and play by the rules, you will prosper? I know people that are working very hard and they are barely making it. What happened to that part of the American Dream?

I have come to the conclusion that we either stay paralyzed by fear and hopelessness, or we work to change the conditions that afflict us. On this most recent 9/11, I decided to fight back. With the determination of a soldier preparing for duty I gathered my children’s  snacks and essentials, and  took my entire family to West Hollywood to join UNITE HERE in a picket supporting the Hyatt hotel workers who are on strike.

My husband and I saw our family’s participation in the strike as a learning opportunity for our five-year-old son and his little brother. We weathered the heat for almost two hours and joined a cadre of mostly housekeepers in a struggle to hold the line on the gains that have been made with wages and benefits as well as protecting the right to organize.

I saw workers on the picket line fighting on the new frontline to restore the promise of economic prosperity for all Americans. The majority of the workers in these hotels are women. In many cases they are the sole providers for their families. The courage, dignity and solidarity they showed for their cause was truly inspiring. The hospitality industry is currently experiencing a rebound but you wouldn’t know it by talking to these workers.

Forty percent of hospitality workers in L.A. live below twice the federal poverty line. Workers at hotels like the Hyatt suffer some of the worst effects of an industry run amok – where injury rates are extraordinarily high.

It was important for my two boys to learn that we do not stand on the sidelines when our rights are being threatened. On 9/11 my family joined the fight to restore the American Dream.  Like the New York firefighters and the countless other workers who risked their lives to save others on that fateful day 10 years ago, the workers on the picket line are the new heroes of our time for risking their livelihood to protect the quality of life for future generations.