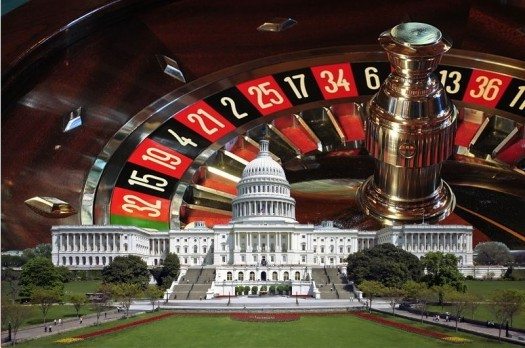 Last week President Obama gave a speech at Knox College in Illinois in which he announced plans to return his focus to the economy. The agenda he outlined centered on policies to rebuild the middle class leading to growth from the middle out as he put it.

The basic idea sounds good. There are few who would take issue with the focus of his policies: improving the nation’s infrastructure, better school to work transitions, high quality pre-school for everyone. These ideas all score very high in opinion polls and focus groups, although there might be serious differences on what they mean concretely.

But even if we can agree on the best way to rebuild our infrastructure, better our schools, and guarantee high quality pre-school education we will still face serious economic problems well into the future for the simple reason that the economy lacks demand. Generating demand has to be issue one, two, and three on the economic agenda right now, and unfortunately President Obama’s speech came up seriously short on it.

The basic point is simple; we know the unemployment rate is still 7.6 percent more than five years after the beginning of the recession. However the actual story is considerably worse. The employment to population ratio, the percentage of the adult population who have jobs, is down by more than four percentage points from the pre-recession level. This translates into nine million fewer people with jobs.

A small portion of this job loss can be attributed to retirement resulting from the aging of the baby boom cohorts. But the vast majority of the drop in employment is the result of less demand in the economy.

And the problem is not just people being unemployed, more than eight million people who would like full-time jobs can only find part-time work. And for tens of millions of people with jobs, the weakness of the labor market prevents them from getting higher wages and better working conditions because it means that they have no bargaining power.

Even the best policies for infrastructure, education, and pre-school will do nothing to address the unemployment crisis the country is facing now and is likely to face for much of the rest of the decade. The only way that this crisis can be addressed is by increasing demand in the economy. (We can also reduce average hours per worker through work-sharing, but we’ll leave that one for another day.)

This is a story of simple arithmetic that needs to be repeatedly endlessly until everyone in a policymaking position understands it. Demand in the economy is the sum of consumption, investment, government spending and net exports. Unless we have a way to increase one or more of these categories of demand, we cannot get more people back to work.

Consumption is unlikely to increase much from its current level because it is already actually quite high relative to income. The saving rate is under four percent, well below its pre-bubble average of eight percent, which means that people are spending an unusually high share of their income right now contrary to what is often claimed in the media. They are spending less than they did at the peak of the stock or housing bubbles, but that is because they have lost trillions of dollars of bubble generated wealth. In other words, there is little reason to expect consumers to spend a still higher share of their income than they are now.

There is a similar story with investment. The investment share of GDP is already pretty much back to its pre-recession level, in spite of the fact that many firms still have large amounts of excess capacity. It is unreasonable to expect a major upturn in investment to boost the economy and get us back to full employment.

The leaves net exports and government spending. Net exports are unlikely to increase much without a decline in the value of the dollar. A lower valued dollar increases the price of imports, which will cause people in the United States to substitute domestically produced goods for imports. It also makes exports cheaper for people living in other countries, which means that we will export more. However, it is not likely that the dollar will fall by much any time soon, which means that the trade picture will not improve.

This just leaves government deficits as a source of demand. It may be politically popular to yell about deficits being bad, but political popularity cannot change arithmetic. Two plus two will always be equal to four regardless of what the polls say.

President Obama knows economics and basic arithmetic. He is a second term president. If he is not in a position to tell the truth – that we need larger deficits to boost the economy – then no one is. It is long past the time where he should have been using the platform of the presidency to explain basic economics to the American people. The cost of not doing so has already been enormous. It will grow even larger the longer he waits.