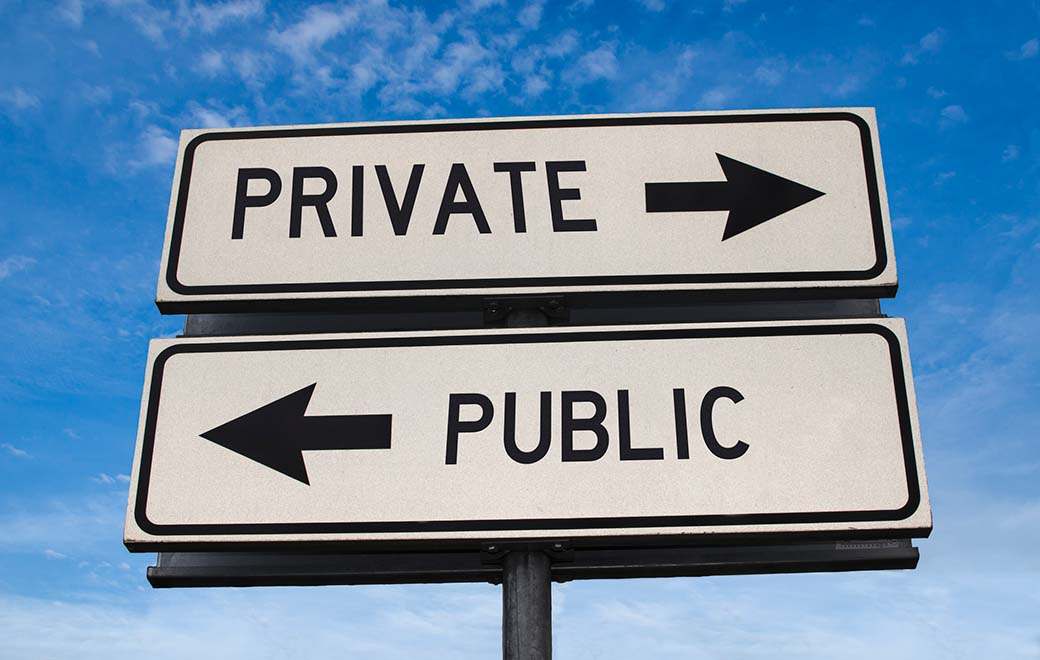 Donald Cohen has spent a good deal of his adult life arguing that a robust public sector is the foundation of a healthy democracy. In their new book, The Privatization of Everything: How the Plunder of Public Goods Transformed America and How We Can Fight Back, Cohen and co-author Allen Mikaelian tell us why the things that we share and pay for in common knit our communities together in ways that the private sector cannot. They outline how right-wing politicians and desperate governments auction off precious public resources to corporate interests and ideological con artists. 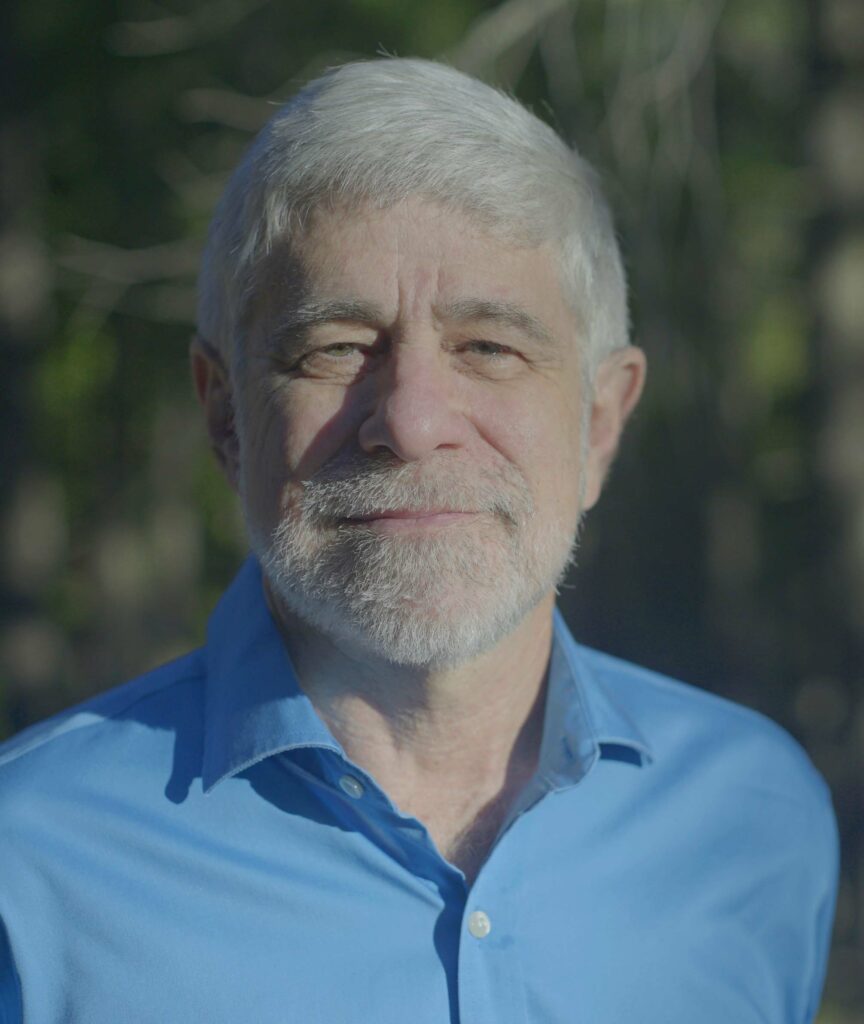 The results are clear. Thousands of people have been incarcerated in for-profit prisons, students are going into debt to attend for-profit colleges, and city, state and county services decline while profit margins take precedence over quality service. When the public sector unravels, Cohen and Mikaelian argue, we cease being equal citizens and become strangers to one another.

Capital & Main spoke with Donald Cohen, founder and executive director of the nonprofit In the Public Interest, a policy center on privatization and responsible contracting, from his home in Los Angeles. The following interview was edited for length and clarity.

Capital & Main: Let’s start with the basics. What do you mean by privatization?

Donald Cohen: We have a specific definition of privatization and that is private power and control over public goods. That can be emphasized in a number of ways. Private companies and private interests obtain power over roads and bridges and water systems and prisons when we either sell or outsource to them. Also, private interests get control over our health and environment when the public doesn’t have the resources to provide for them. The other way I think about it is if a polluter in a neighborhood is not adequately regulated then we’re giving a polluter control over someone’s health in that neighborhood.

You make an argument in the book that our economic arrangements and how we live together publicly impacts our democracy.

As market fundamentalism has taken over, we are increasingly consumers of public services rather than citizens. For example, school choice turns our connection to public education into a market relationship. It’s understandable parents should care first about their kids but if it’s only a market relationship with education it sidelines our role as citizens with a value structure. That public ethic says it’s in our collective interest for every kid in America to be educated. The more segregated and stratified by the market, the greater negative impact on democracy because we’re not in it together as part of a community.

The prison system, student loans, infrastructure, even parking meters are now being run by private corporations. What happens when these previously public entities are taken over by private interests?

Every public dollar given to a private company that has a profit margin, or returns to investors, or pays high executive compensation or spends money on lobbying is money that’s not going into the service that they have taken over. When we outsource, we are signing a legal agreement, some for two years, others for 75 years. These private entities end up with authority over decisions that are basic to all of us. So, when the city of Chicago contracted out their parking meters for 75 years, it now has to pay the corporation the lost revenue for those parking meters if the city wants to add a bike lane or dedicated bus lane that eliminates parking meters.

“When a private company gets a contract, they want to spend as little as possible so that they can have a good rate of return to their investors.”

Who was it that purchased the rights to operate the parking meters in Chicago?

The investment bank Morgan Stanley, a Middle Eastern sovereign wealth fund and a national parking company. Chicago is now obligated to not negatively impact the revenue stream to the consortium for the life of the contract.

In general, are these public services contracted to major corporations?

They are paying cities, counties or states lots of upfront money or they just receive a government contract by promising “efficiency.” But where does that so-called efficiency come from?

When a private company gets a contract, they want to spend as little as possible so that they can have a good rate of return to their investors or owners. The first thing to get reduced is wages or benefits. They don’t want pensions. They reduce or cut entirely health care. If you are a toll booth worker in New Jersey and were once making $25 an hour as a public sector worker, after the contract you are making $15 an hour. You had a pension and now you have a 401(k) plan. Or the contractor will reduce the overall number of workers, which means less service for the public.

So, this profit motive distorts the incentives of what were once public services?

Yes. In prisons you want people in beds. For-profit colleges want butts in chairs no matter the enormous debt students take on.

“There is a whole propaganda machine that is designed to turn people away from public goods and to distrust government.”

When you think of the public things that people like — parks, fire departments, libraries, transit — why is it so difficult for us to articulate a coherent, convincing philosophy of the benefits of our public life?

That’s a really good question. Take public transit. Is it useful for only the people that use the light rail in Los Angeles, or is it useful for all of us? We all need to be able to move around to get to school, to work, to the store. Cargo and goods need to make it to their markets. We have a climate crisis. We can think about this differently in terms of the public benefit. But there is a whole propaganda machine that is designed to turn people away from public goods and to distrust government.

Public services are both ubiquitous and invisible at the same time. You turn on the faucet and a miracle happens – water comes out. The trash is picked up from every building and house in the country by sanitation workers. We take a lot of this for granted.

You write about “desperate governments” making these deals with private corporations. A number of writers have made the argument that the government functions primarily to satisfy the needs of our unique type of corporate capitalism.

The reigning conservative ideology right now is that the market is the best way to provide goods and services to the majority. But there are so many things that are not efficiently or appropriately done by the private sector. If you want to spend 58 cents on a Forever stamp and send a letter to every corner of the country, the only way you can do that is with government involvement. The only way to get everybody health care is to have government involvement. The same with achieving clean air. Having clean water or health care should not depend on how much money you have.

You write about toll roads in your book. There are toll roads in Orange County operated by something called Transportation Corridors Agencies, financed by revenue bonds. Drivers are not obligated to take these roads, and they were not built by taxpayer money. So, what’s wrong with that?

With many privately run toll roads, money is taken away from the maintenance of the road to pay the investors, often with at least a 10% rate of return. Secondly, this turns people into consumers, turning efficient freeway access into a commodity with the attendant stratification and segregation from each other. When we do that, we don’t solve our problems together.

“After Brown v. Board of Education began to knock down legal segregation, the response of the segregationists was to exit the public school system and create voucher school programs.”

Americans embrace the idea of freedom. But you argue for public investment and a dynamic public philosophy as contributing to our freedom.

You write in the book that privatization received a big boost from racism. What did you mean by that?

The roots of school privatization are explicitly racist. After Brown v. Board of Education began to knock down legal segregation, the response of the segregationists in the South was to exit the public school system and create voucher school programs. And then Reagan came along with his talk of “welfare queens,” pushing the idea that this kind of public support is only going to Black and brown people. It then becomes easier to cut these programs or hand them off to the private sector to run.

Why do you focus so much on transparency?

Transparency is key to democracy. People need to be able to know things to be able to participate civically. When things go private, you can’t get the information you need to make policy decisions. If you believe in democracy, people need to be informed. If you have information and standards then those who violate those standards can be sanctioned.

In The Privatization of Everything, you say we should enforce public standards that operate in our economic and social institutions. What would those rules consist of?

We should not be using our tax money to create jobs that don’t pay people a livable wage, provide health care benefits and a decent life. We have three primary crises right now: climate, inequality and racism. Every public decision should have standards that improve those things. Every land use decision, every economic development decision, every spending decision, every regulatory law or piece of legislation, should have deeply embedded standards that confront those concerns.

The book ends with a call to recognize the positive impacts of government and how important the public sector is to our lives.

There needs to be a greater level of awareness of the positive role of public action in our lives. That doesn’t negate that there are negative things as well. We should not be constrained about pointing out the positive role of government because things are not perfect. Because if we don’t believe in public goods and public services and if we don’t articulate those values, then all we have is the right wing hammering against government. I think our first task is to rebuild a commitment to public things that we do together. We have to value and exalt our public service and public purpose.