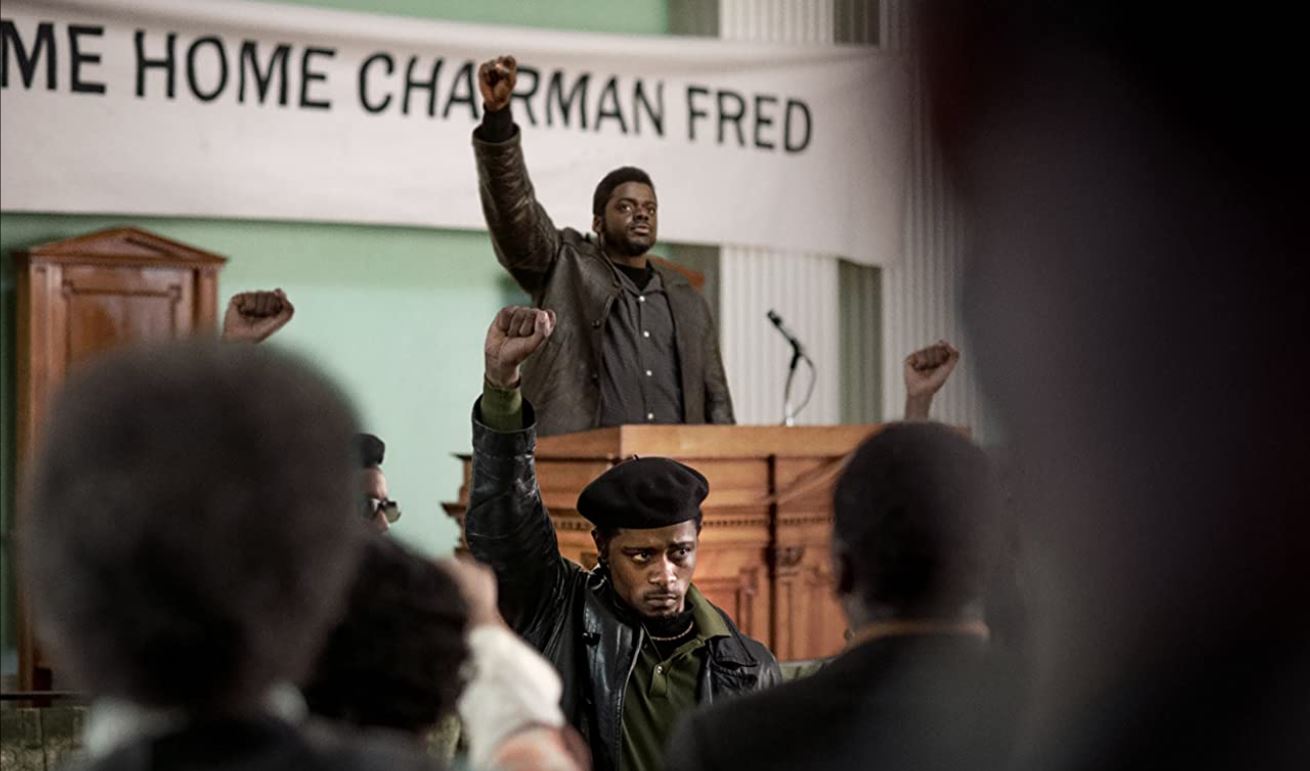 There are plenty of ghosts from the past reminding us that when revolutionary movements are centralized their leaders are almost always neutralized. Fred Hampton’s tragic life has received little attention since his death in 1969, yet his demise resonates to this day every time an unarmed Black man is shot dead by the police. Late last year, a new generation was introduced to Hampton when he was depicted (by Kevin Harrison, Jr.) in the Netflix feature The Trial of the Chicago 7, serving as adviser to Bobby Seale, who had been denied counsel. But now Hampton steps center stage in Shaka King’s new feature Judas and the Black Messiah, currently in theaters and streaming on HBO Max.

Hampton was the chairman of the Illinois chapter of the Black Panther Party and the Panthers’ national deputy chairman, and as a result was an influential figure in the revolutionary organization. He was soon targeted by the FBI’s notorious COINTELRPO program which used surveillance, infiltration, and in some cases, outright assassination to disrupt, discredit, and destroy the Panthers. For Hampton, it all culminated at 4:45 a.m. on December 4, 1969, when 14 police officers assigned to the Cook County State’s Attorney burst into Hampton’s West Side Chicago apartment, guns blazing. During the assault, police shot anywhere from 90 to 99 times. The Panthers fired only once, into the ceiling, and that was the result of a physical reflex after Panther Mark Clark was fatally hit. Hampton was shot three times, once in the shoulder, then twice in the head, execution style.

The strength of Hampton’s conviction is matched only by the power of Daniel Kaluuya’s presence.

The raid had been orchestrated by the FBI with the help of informant Bill O’Neal, who had infiltrated Hampton’s inner circle and not only provided the FBI with a layout of the apartment but also slipped a barbiturate in Hampton’s drink the previous night so that he would sleep through the raid and be easily subdued. (Twenty-one years after Hampton’s death, O’Neal, tortured by guilt, ran into traffic on an interstate and was killed.)

With negligible credits on his filmography, director/co-writer/producer King takes a massive leap with Judas and the Black Messiah. King’s confident direction never gets in the way of the story. He doesn’t just let viewers eavesdrop, he places them directly in the middle of the drama.

And in the eye of the unfolding storm are two actors who are part of Hollywood’s new “Black Pack” of gifted Black thespians, Daniel Kaluuya and LaKeith Stanfield. Kaluuya (Get Out, Black Panther) fiercely fleshes out Hampton, capturing the 21-year-old leader’s verbal eloquence and physical swagger that belied his age. He commands every room he enters, even a hall packed with imposing gangsters. The strength of Hampton’s conviction is matched only by the power of Kaluuya’s presence.

A subplot that involves Hampton’s girlfriend (Dominique Fishback) weaves in and out of the film like a soft breeze. It’s a welcome attempt to humanize Hampton, but his public purpose overshadows private concerns, both in the film and in reality.

As informant O’Neal, Stanfield (Sorry To Bother You, Atlanta) doles out his mesmerizing brand of unconventional charisma. A wholly unique talent, Stanfield sometimes says more in a facial expression than other actors do in a soliloquy and when the actor does speak he often mumbles his lines in a way that makes every syllable feel unpredictable. His O’Neal is a jittery Judas, and when his FBI handler (the always good Jesse Plemons) turns the screws, the struggle to choose between his desire for personal immunity and power for his people is palpable. In the end, he chooses to save himself, and the rest is Black history.

For too long that history, the systemic insidious infiltration and annihilation of Black leaders by the U.S. government, has been the greatest story never told. Judas and the Black Messiah does its part in revealing that story, illuminating a bright light snuffed out during one of this country’s darkest chapters.

Alex Demyanenko is a Capital & Main contributor and produced the 2005 documentary Bastards of the Party, which revealed COINTELPRO’s role in the destruction of the Black Panther Party.

Related Topics:Black AmericaFeatured
Up Next