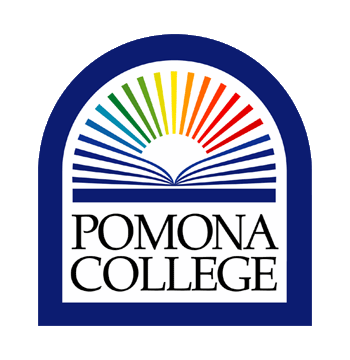 CLAREMONT, Calif. — The dining hall workers had been at Pomona College for years, some even decades. For a few, it was the only job they had held since moving to the United States.

Then late last year, administrators at the college delivered letters to dozens of the longtime employees asking them to show proof of legal residency, saying that an internal review had turned up problems in their files.

Seventeen workers could not produce documents showing that they were legally able to work in the United States. So on Dec. 2, they lost their jobs.

Now, the campus is deep into a consuming debate over what it means to be a college with liberal ideals, with some students, faculty and alumni accusing the administration and the board of directors of betraying the college’s ideals. The renewed discussion over immigration and low-wage workers has animated class discussions, late-night dorm conversations and furious back and forth on alumni e-mail lists. Some alumni are now refusing to donate to the college, while some students are considering discouraging prospective freshmen from enrolling.

For the last two years, many of the dining hall workers had been organizing to form a union, but the efforts stalled amid negotiations with the administration. Many on campus believe that the administration began looking into the employees’ work authorizations as a way to thwart the union effort, an accusation the college president, David W. Oxtoby, has repeatedly denied. But that has done little to quell questions and anger among the fired workers and many who support their efforts to unionize.

“We were here for a very long time and there was never a complaint,” said Christian Torres, 25, a cook who had worked at the college for six years. “But now all of the sudden we were suspect, and they didn’t want us to work here anymore.”

Mr. Torres, who still greets dozens of people on campus by first name, had been one of the primary leaders of the effort to create a union until he lost his job in December.

Dr. Oxtoby said the board of trustees received a “specific, credible complaint” from an employee in early 2011 about the college’s hiring policies and moved to investigate the accusations.

For months, officials said, lawyers from the law firm Sidley Austin combed through the university’s records and met with administrators. By the time the investigation was complete, the law firm had identified deficiencies in the files of 84 employees, including dining hall and maintenance workers as well as professors and students working for the college. Each employee received the same letter asking for documents to re-verify their work status. Of the 17 employees who ultimately lost their jobs, 16 were dining hall workers.

Dr. Oxtoby said that when he heard the results, he “knew immediately this would be an explosive issue.”

“This is a very sensitive issue especially in Southern California, and many of our students and faculty are immigrants themselves or are descendants of immigrants,” he said. Still, he said, he had no doubt that the workers would need to leave the college. “The law is very unforgiving, and unfortunately we have to obey the law even though it really hurt the community.”

The idea that the college had mounted the effort to stop the union drive was the opposite of the truth, he said. “We’ve been trying to improve the relationship with workers for some time, and this has been a big setback,” Dr. Oxtoby said. “Rationally, it would have not made strategic sense.”

Dr. Oxtoby and the college’s trustees repeatedly said there was no choice but to fire the workers. In a letter from the law firm, lawyers for the college said the college would have left itself open to investigation and punishment from federal immigration authorities had it not fully examined the employment files.

Pomona is part of a consortium of seven colleges whose campuses intertwine here. In December, a day before the Pomona workers were fired, a human resources officer at Scripps College, another member of the consortium, called seven employees there asking them to complete a new work authorization form.

The next day, the Scripps president, Lori Bettison-Varga, sent an e-mail to students and the staff saying that “as soon as the calls came to the attention of the President’s Office, they were halted.” Further, she said that employment forms were stored off campus, and added, “There is no reason for any further questions or actions to be pursued.” A spokeswoman for the college said that the human resources official was not acting on any complaint.

That e-mail only prompted more anger and suspicion among those involved at Pomona, who argued that Scripps showed that the college could have taken less aggressive measures.

While the investigation of the workers’ immigration records has generated the most controversy, it was hardly the first time that students had vocally criticized the administration’s treatment of the people who served their food each day. Months before, students had complained that renewed enforcement of a rule barring dining hall employees from talking to students in the cafeteria during their breaks was a way to stop any union effort.

“We’re told that we are a community, that everyone on campus matters, but that’s really not what we see now,” said Isabel Juarez, a junior who participated in a fast to demand that Dr. Oxtoby meet with workers in November.

Ms. Juarez emigrated to Chicago with her parents from Guatemala when she was a teenager and draws parallels between her parents’ struggles in the United States and the college workers’ troubles. “You contrast this with the way students are treated here, where we really get everything. These are the people who serve us every day and they are just asserting their rights — we would be outraged if we were treated that way.”

Dr. Oxtoby said the college made tremendous efforts to support the workers who lost their jobs. Each was given a severance of two weeks pay for every year of employment, as well as health insurance through June.

Still, it does little to reassure Carmen, 30, who asked that her last name not be used for fear of alerting immigration officials. Carmen had worked at the college for 11 years, using the money she earned to put herself through a public college. But she never looked for another job, fearing that she would not be able to produce the proper documents. For years she made about $8 an hour, but in recent years raises had increased her wages to nearly $17 an hour. She and her husband bought a modest home in nearby Pomona this fall and moved in just two weeks before she was fired.

“I really don’t know what I am going to do,” she said, adding that her options were to look for work that paid in cash or move back to Mexico with her 2-year-old son while her husband, an American citizen, stayed here. “I’m still in shock. This is the only thing I’ve really ever known.”

Getting the Living Wage Message to the LA Times