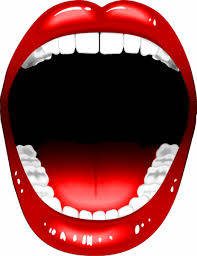 You have to hand it to conservatives — when they don’t like what they see in the mirror, they investigate the mirror-maker. Likewise, if they get knocked to the ground — as, say, the way they did in the 2012 elections — they just get up and say the exact same things that got them decked in the first place. Looking at the following quotes from the past year can give a reader the impression that, for some people, 2012 never happened — or 2008, for that matter.

People with conventional views must repress a gag reflex when considering the mayor-elect of New York — a white man married to a black woman and with two biracial children.

Obamacare is the biggest job-killer in this country and when Jason put on his hockey mask and swung that machete, boy there was carnage like nothing else.

I’m going to adjust my education curriculum to what business and commerce needs . . . If you want to take gender studies that’s fine. Go to a private school and take it.

For everyone who’s a valedictorian, there’s another 100 out there who weigh 130 pounds — and they’ve got calves the size of cantaloupes because they’re hauling 75 pounds of marijuana across the desert.

The best thing about the Earth is if you poke holes in it oil and gas come out.

I know folks have a lot of opinions about what happened in November. But seriously, how many conferences and lunch panels do we really need to have about it? I’m starting to wonder if the caterers union is behind it.

Outsourcing Wars: What the New Year Can Learn from 2013

Austerity Is Here to Stay