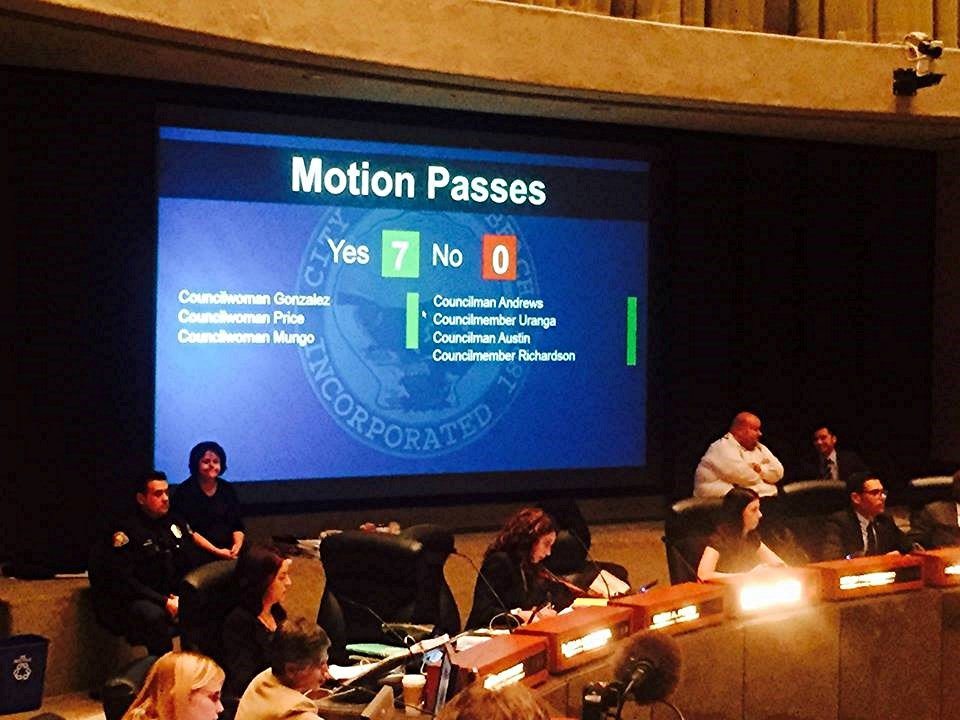 For decades, community groups and construction trade unions advocated for greater accountability on public works projects to ensure contractors are paying prevailing wages and maximizing local dollars by providing career opportunities for local residents. According to our allies at the L.A. and Orange Counties Building and Construction Trades Council, advocates pushed for previous Mayor Bob Foster to consider a Project Labor Agreement policy but he didn’t budge. In fact, time and time again, the proposal sat on his desk during his eight-year tenure and never saw the light of day. A few victories were accomplished during the Foster administration, including an agreement on the Gerald Desmond Replacement Bridge. These efforts, however, lacked the transformative impact of policies approved in recent years at other government agencies.

Project Labor Agreements (PLAs) are pre-bid agreements between developers, or city governments, the building and construction trades unions and contractors, and are intended to ensure the payment of prevailing wages and to set up a process for addressing grievances and jurisdictions among the various craft trades. In exchange, unions and contractors agree not to launch strikes or lockouts. This ensures that projects are completed on time and on budget using skilled labor, as contractors are utilizing the local hiring halls for dispatching workers to job sites as needed. State law requires at least 20 percent of all work hours on public works projects be completed by apprentices, creating career opportunities for the next generation of workers in a rapidly aging industry. Coupled with targeted-hire requirements focused on increasing access to construction apprenticeship programs in low-income, high-unemployment communities, PLAs are the most effective economic development strategy in the construction industry.

In order to secure stable work and training opportunities in a highly mobile industry, the Los Angeles Alliance for a New Economy’s Construction Careers Project secured Construction Careers Policies  across several agencies, totaling $13 billion dollars of publicly funded construction projects and creating more than 56,700 family-supporting jobs over the life of the agreements. (See LAANE’s most recent report for a history on this initiative.) In the course of an eight-year effort, Construction Careers Policies, which included a PLA with targeted-hire requirements, were approved at the following agencies:

With an 8.4 percent unemployment rate, higher than the L.A. County average, Long Beach has a duty to its residents to maximize employment opportunities, especially in areas that have yet to see the benefits of the current construction boom. Originally introduced by now-Assemblyman Patrick O’Donnell (formerly representing Council District 4) and carried forward by Councilman Lena Gonzalez, the core provisions of the Agreement are as follows:

This is a significant leap forward in ensuring that contractors are paying prevailing wages and providing health and pension benefits to construction workers rebuilding the city. This also helps establish a career pipeline for Long Beach residents to access construction apprenticeship programs.

Long Beach will also be considering a “First Source Hiring Program” in the near future to supplement this jobs initiative, an effort to provide residents with employment opportunities. Due to the tireless work and advocacy of residents, stakeholders and groups committed to Long Beach’s future, the City Council is taking this necessary step.

A New Kind of Water Reclamation