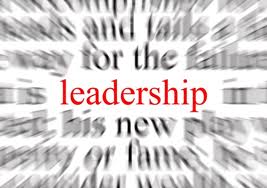 A lot of people are talking about leadership these days.  Different types of leaders. The need for visionary leadership. The excitement around new young leadership and ideas about when leadership begins.

In my case, I’ve been thinking about how to recruit and develop new leaders for over 30 years, even when I was a new leader. I’m 51 years old and co-founded the Los Angeles Alliance for a New Economy (LAANE — the organization that sponsors this blog) in 1993;    I have been the executive director ever since. I have recruited and developed hundreds of staff members for LAANE over the years, and many of these people have become some of the most inspirational leaders that I have ever known.

Which is why I have decided to step aside as LAANE’s executive director starting in February of next year. Roxana Tynan – who has been LAANE’s deputy director for nearly 10 years – will become the new executive director as of February 15, 2012. She and numerous other senior leaders in our organization will be running the show. In fact, she – and they – will become my boss.  Because, even though I’m stepping aside, I’m staying at LAANE.

In the immediate future, I’m going to create a new center within LAANE to develop innovative national and state policies that support a bold economic recovery plan for L.A. and other metropolitan regions of the country. I want to figure out how to connect the national to the local in a much more powerful way than we’ve been able to do thus far (more on this in upcoming posts).

But right now I’m thinking about leadership and when it “ends.” I’m stepping aside from the “top” position in the organization, but I’m not stepping aside from being a leader. In fact, there’s so much wrong in this city and country that I see myself fighting for change for the rest of my life. And I want to do that fighting from within the organization that I helped to build, which is strong and healthy and a great place to work.

Unfortunately for me, the conventional wisdom is that once you reach the top, you have to step away and do something else. Or as I’ve seen myself over the years, the top person has to step away and become a wise elder who doesn’t lead anymore but just provides advice and support. And we’ve all seen top leaders who stay in their positions too long because they can’t think of anything else to do and can’t bring themselves to go “down.” When these “hanger-oners” do leave, their organizations are often in a weakened state (because the good up-and-comers are long gone) and the former EDs become lost-soul consultants who seem to constantly struggle to find fulfillment in advising others.

While I want to give other people a chance to be in the top leadership positions of L.A.’s social justice movement, I’m not at all ready to throw in the towel. I’m still young and believe strongly that some of my best years as a leader are still ahead of me. But I’m going to be leading in a different way while at the same time reporting to the person that I currently supervise.

Which brings me back to the question of when leadership ends and what happens to those longtime leaders who want to make room for new people but still want to stay in the fight. The best way to think of it is like a chess game: sometimes we need people to simply kick the chessboard so we can get out of our entrenched thinking and come up with new ideas and new strategies. But after we set the chess board up again and conceive of new strategies, we still need good chess players.

Ayn Rand: The Banality of Greed