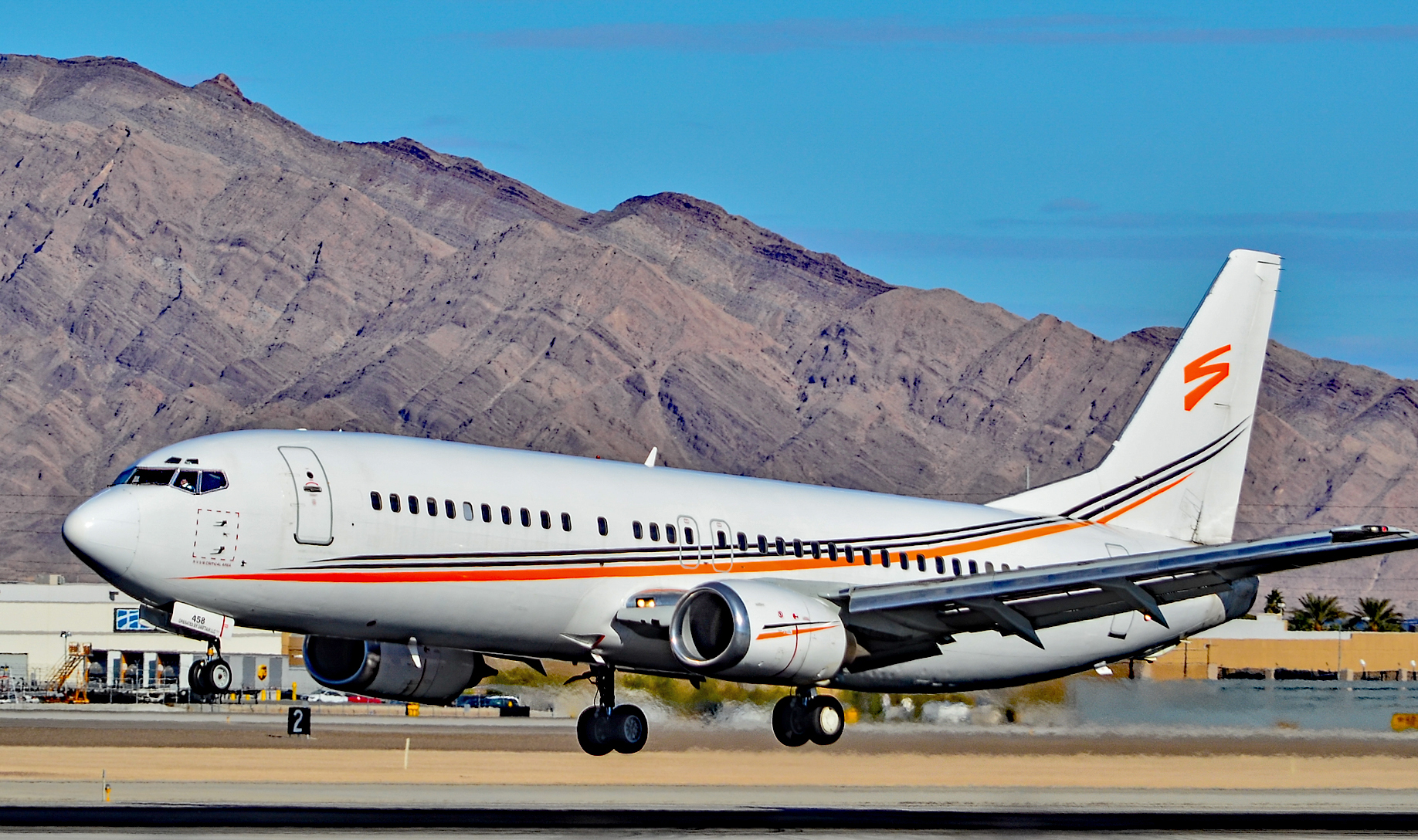 The top private airlines hired by U.S. Immigration and Customs Enforcement to deport immigrants also shuttle collegiate and professional sports teams, at times on the same jets tied to incidents of alleged abuse, a University of Washington Center for Human Rights report has found.

The same airlines are cashing in on luxury flights for teams in the National Football League, National Basketball Association, Major League Soccer, National Hockey League and collegiate sports, according to the report.

“By rapidly reconfiguring the seating arrangements, the same deportation charter companies switch planes back and forth between the mass transport of shackled prisoners and the provision of high-end air travel experiences,” the report says.

This is how an Omni Air jet dubbed the “death plane” by attorneys representing Cameroonian men who were allegedly tortured during their 2020 deportations also flew the Baltimore Ravens to at least two games, according to the report.

The University of Washington report found that many of the same Swift Air jets used to shuttle athletes have flown migrants under allegedly abusive or illegal conditions.

The report argues that “sports teams who fly on the same planes used for torture are sustaining a system that not only perpetuates brutal abuses, especially against people of color, but reaps a profit from human suffering.” The researchers did not contact the sports leagues or teams identified in their report.

“Our goal here is not to shame specific teams or sports, and certainly not specific athletes,” said Angelina Godoy, the professor who directs the University of Washington Center for Human Rights, which has been researching ICE’s chartered flights since 2018. “Teams should take into account the ethics of their business dealings, but I think there are also much larger forces at play here,” said Godoy, explaining that the vastness and secrecy of the deportation industry allows it to overlap with many other parts of our lives and culture, including sports.

Swift Air (rebranded as iAero in 2019), currently flies half of all the NHL teams based in the United States, including the Arizona Coyotes, Florida Panthers, New York Islanders and Dallas Stars. ​​The airline has also flown NBA teams including the Milwaukee Bucks and the Houston Rockets, as well as NCAA football teams. In February 2022, iAero’s CEO announced the company’s “further expansion into professional sports” with the launch of a new wide body “ultra-luxurious” jet in their fleet.

The University of Washington found that many of the same Swift jets used to shuttle athletes have flown migrants under allegedly abusive or illegal conditions, and at times to their deaths.

In 2017, a Swift jet deported a transgender asylum seeker to El Salvador. Two months later, she was murdered. The same Swift plane deported a Salvadoran man who had sought asylum from gang threats. He disappeared a week after his return, and his body was later found in the trunk of a car. The University of Washington found that the same jet has often transported the MLS team Sporting KC, as well as basketball teams from the University of Virginia, Penn State and Syracuse University. (Similarly, a World Atlantic jet deported a Honduran asylum seeker who was later shot to death on his 38th birthday in 2017. Later that year, the plane transported the Florida International University football team).

Within the same week in late February 2020, a Swift Air jet deported hundreds of Honduran and Guatemalan migrants, then flew the Wisconsin cross country team for a meet in Cleveland.

Swift Air has operated most of the mass deportations to Haiti since late 2021 when the private prison giant GEO Group was hired by ICE to arrange those flights.

Overall, the report found that almost 11,000 people were deported on chartered ICE flights despite having pending court appeals between October 2010 and May 2020. For example, in February 2021, a Swift jet deported a man to Haiti without travel documents, despite the fact that he was a St. Martin native who had lived in the United States since age 5 and had congressional interventions on his behalf. The same plane has flown the MLS teams Inter Miami CF and New York City FC and collegiate basketball teams from Vanderbilt University, the University of North Carolina and Florida State University.

Swift has also operated most of the mass deportations to Haiti since late 2021 when the private prison giant GEO Group was hired by ICE to arrange those flights. Almost a dozen MLS teams have flown on these planes, including DC United, Atlanta United FC and Chicago Fire FC, as have several NHL teams and college basketball teams from the University of California, Los Angeles, and the University of Southern California.

The juxtaposition of athlete travel and deportation flights is disturbing because it shows how little Americans know about the private airlines that allow abuses to take place every day with our tax dollars, said Godoy. “More attention to how this industry operates is vital to ensure safety,” she said.